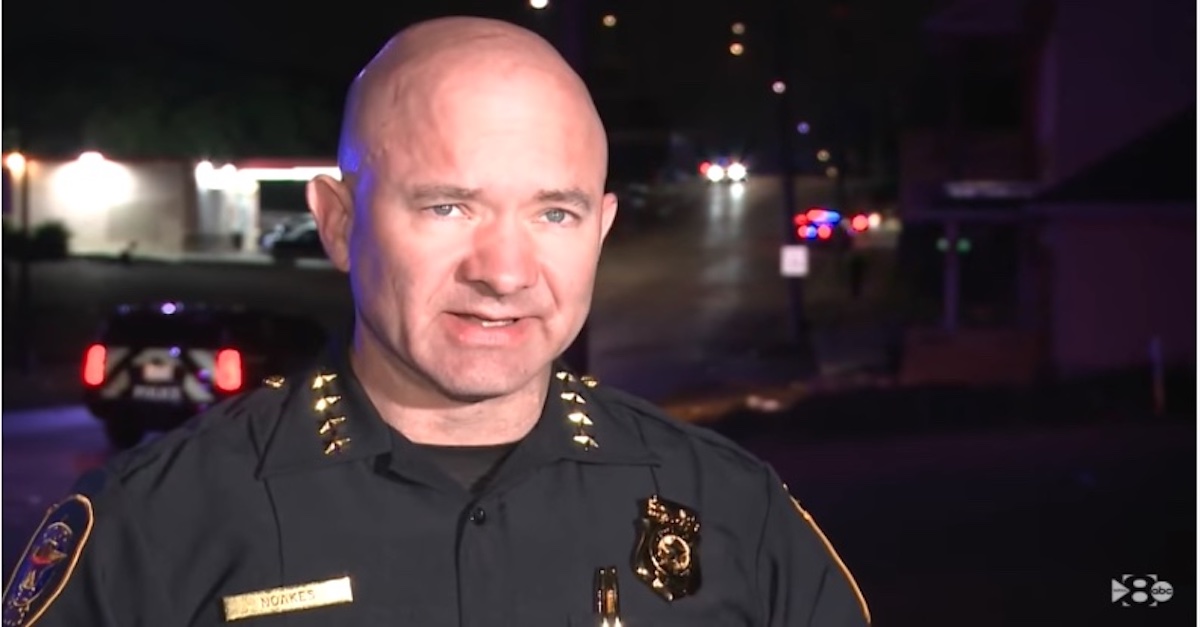 In a July 4th tragedy, eight people were injured after a gunfight broke out early Sunday morning outside a car wash in Fort Worth, Texas. Police say that most of the victims are “innocent bystanders.” The incident occurred less than two months before the Lone Star State’s “constitutional carry” legislation takes effect, allowing many residents over 21 to carry firearms without a license or permit.

“Currently, gun violence detectives have determined that the shootings began after an argument between several adult males,” the Fort Worth police said in a statement Sunday. “During the argument, one individual left the scene, retrieved a gun, and began shooting toward groups of people. Multiple people in the area began to return gunfire.”

“It is believed that most of the victims are innocent bystanders,” the statement said.

A car that was trying to leave the scene reportedly hit a young girl, causing minor injuries, police also said.

Fort Worth Police Chief Neal Noakes said in a press conference early Sunday morning that officers were in the area when one heard gunshots. When the officers arrived on the scene, they found eight gunshot victims, and it appeared that multiple guns were used.

“This is an extremely tragic event on what is supposed to be a festive occasion, Independence Day,” Noakes said, according to local station WFAA. “We’re seeing way too much gun violence across the nation, we’re seeing it here in Fort Worth[.]”

“What I want the citizens to know is we’re doing everything we can at Forth Worth PD to put a stop to the senseless violence and to take guns out of the hands of criminals in Fort Worth, Texas,” Noakes said. “It will not be tolerated. We’re going to do everything we can to find those responsible for this and bring them to justice as well.”

Noakes said that all of the gunshot victims were taken to area hospitals and are in stable condition. He also said that the officers responding to the scene likely saved lives.

“I heard nothing but great things about the response of officers on scene,” Noakes said. “The way they not only came in to secure the scene but applied life saving measures to all of the victims that were on scene. From what I’m hearing so far, there may be some lives that were saved because of the actions of Fort Worth police officers that were out here.”

“We’re praying there will be no loss of life, we’re praying for the well-being of the victims, and for comfort for them and their loved ones,” Noakes added. “We want the citizens to know we’re doing everything we can to not only catch the people involved with this but to stop any other violence in Fort Worth and catch the perpetrators, because this is our city and we’re not going to take it.”

The shooting comes just weeks after Gov. Greg Abbott signed a so-called “constitutional carry” bill into law, allowing Texas residents over 21 years old to carry guns without a license or a permit.

The new law, which takes effect Sept. 1, would allow any Texas resident age 21 and up to carry a gun without first obtaining a permit or license. The law does not allow residents who are prohibited from carrying guns under state and federal law, including those convicted of certain felonies, to start carrying firearms.

According to a University of Texas/Texas Tribune poll in May, a majority of Texas voters opposed permitless or unlicensed carry.