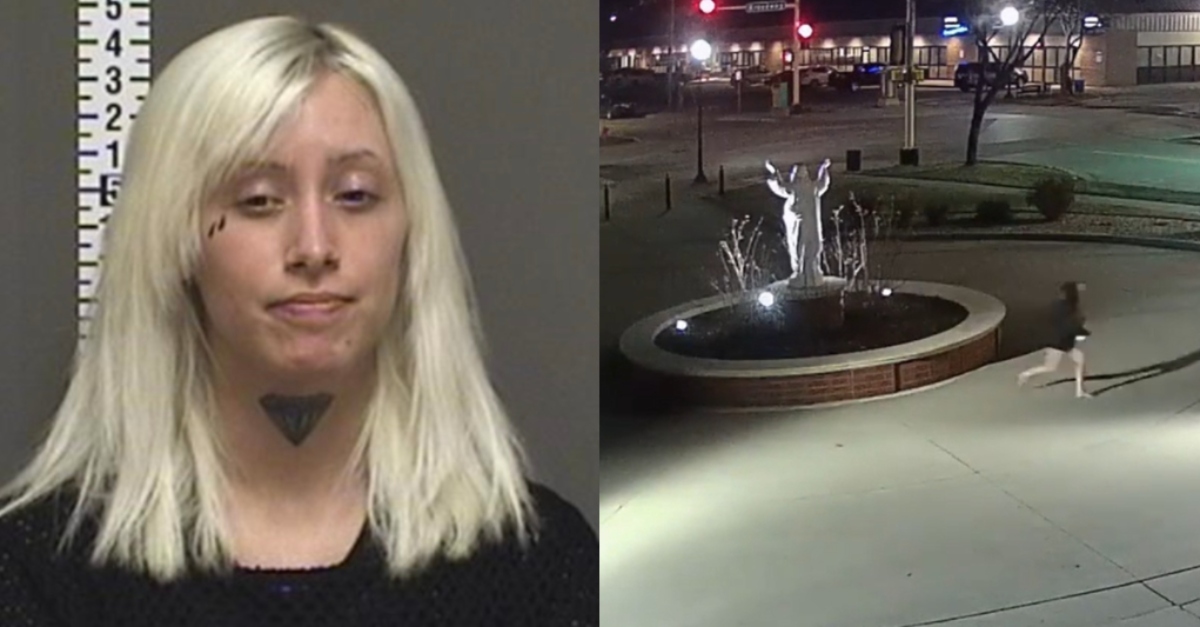 A woman who was charged with literally crashing her ex-boyfriend’s funeral is in more legal trouble. Blair Rebecca Whitten, 28, previously spray-painted a statue of Jesus, the Fargo City Prosecutor’s Office said in a KVRR report on Friday.

She was charged in May for a raucous incident at the funeral of her ex-boyfriend Colin MacDonald, who reportedly passed away in his sleep after complications from a minor surgery. Whitten ran over gravesites and attempted to run people over, according to mourners cited by police.

“She knew she wasn’t welcome and what she did instead of leaving peacefully was try to run somebody over and run somebody else over, which was me!” Gericka Charbonneau, MacDonald’s girlfriend at the time of his death, told KVLY. “There were elderly, there were children, there were people here who weren’t even here for Colin’s funeral. They were here for their own people and they didn’t know what was going on!”

MacDonald’s mother Joan McIntyre told the outlet she heard someone screaming. She left the tent to see a car driving off at about 50 miles an hour, and people yelling, ‘She just ran me over!'”

Whitten had allegedly been told to keep away from the funeral because she posted harassing messages on social media after MacDonald died. She insisted that she caused no trouble after the funeral and left after being confronted by others at the scene, police said.

That incident was back on May 5. She pleaded not guilty to one count of reckless endangerment.

It turns out that according to prosecutors, Whitten is the person who spray-painted black the face of a statue of Jesus at St. Mary’s Cathedral in Fargo in the early morning of April 17. She is charged with one count of misdemeanor criminal mischief. The alleged motive behind the incident remains unclear.

[Screengrab at right via KVRR]