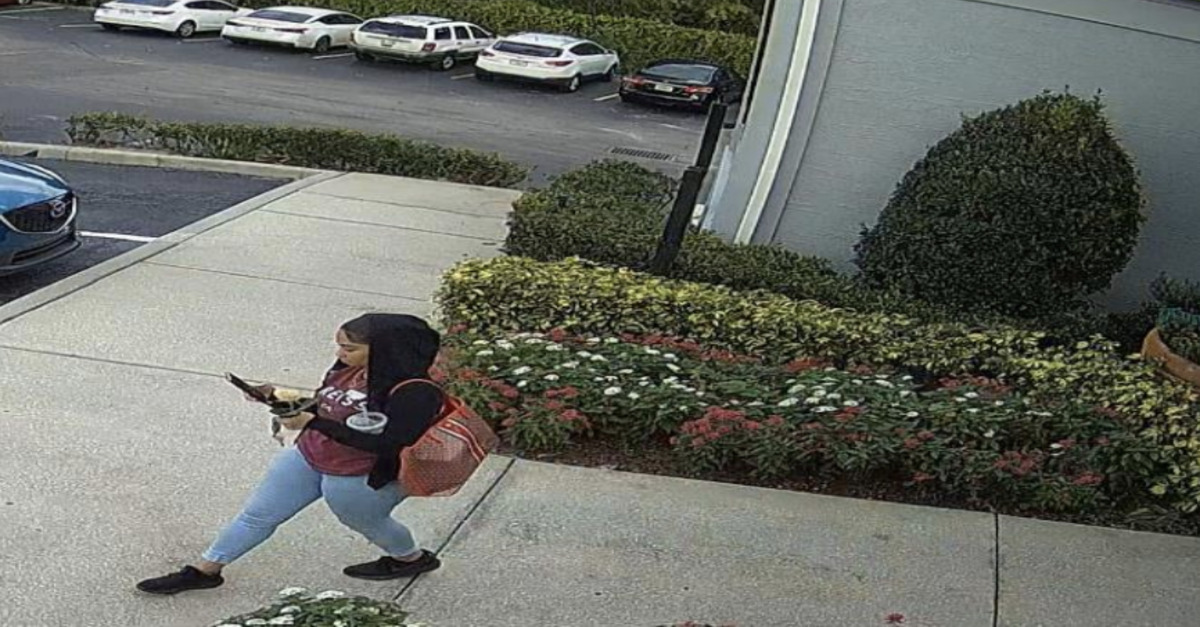 Authorities in Florida have closed the case file on 19-year-old Miya Marcano, who was kidnapped and murdered in September 2021.

In a 135-page report released Tuesday, the Orange County Sheriff’s Office documents numerous interviews with family and friends of the deceased woman who disappeared just a few hours before she was scheduled to take a flight from Orlando to Fort Lauderdale.

The report also contains interviews with friends and family of 27-year-old maintenance man Armando Caballero, the lone suspect in the case and Marcano’s presumed killer, who will not be charged because he killed himself days after authorities began asking questions.

During the late morning hours of Sep. 27, 2021, Seminole County Sheriff’s Office deputies responded to a 911 call and found Caballero dead and “hanging inside of a maintenance shed,” the report notes. The suicide occurred less than three days after Marcano’s initial disappearance–though her body wouldn’t be found until early October in a “wooded area” near the alleged killer’s former apartment.

Law enforcement did, however, have two separate interactions with Caballero before he died and after the Marcano investigation began, the report indicates.

During OCSO Deputy Samir Paulino‘s third visit to the Arden Villa apartment complex just before 4:00 p.m. on Sep. 25, 2021, multiple members of the victim’s family were on the scene and pointed him toward additional pieces of evidence they claim he missed during his first two visits. While Paulino was in the parking lot, a security officer pointed out Caballero’s silver Ford Fusion.

“Paulino asked Armando if he knew what was going on and Armando stated he was currently on the phone with a female co-worker, Tatiyonna Shanks, who informed him that Miya was missing, which was his reason for the response to the apartment complex at that time,” the report says. “Armando indicated that he and Miya were just friends and understood the accusations that the family was making against him regarding his past interest in Miya.”

During this interaction, Paulino was pulled to the side by the same security officer, Jacolby Coleman, who “explained to him that the family observed a screwdriver in a bag, a cell phone case on the floor, and an unknown blanket in the back seat of Armando’s vehicle,” the report notes. Those items alleged to have been in Caballero’s possession were not followed up on at the time by the OCSO.

After the initial discussion, Marcano’s aunt walked up and began “accusing Armando of sending obsessive text to Miya claiming his feelings for her” and trying to give her exorbitant sums of money. There was some accusatory back-and-forth between Marcano’s family and Caballero responding to their accusations before Paulino “separated them and continued his investigation” at the complex.

This time, the deputy acceded to the family’s request that he check out a door leading to the maintenance office where security had allegedly heard some sort of a noise. After asking Caballero whether he had access to the area and getting confirmation, the eventual suspect led the deputy and two other deputies through the door and the rest of the building it was connected to but nothing was found.

“Paulino cleared Armando to leave the apartment complex, as there was no legal justification or probable cause to detain or arrest him at that time,” the report concludes regarding that first interaction.

The second law enforcement interaction with Caballero occurred by way of the Casselberry Police Department.

Four members of Marcano’s family staked out the suspected killer’s apartment in Winter Park, Fla. later that same evening and found him “removing various items” from the backseat of his car while “carrying blue rubber gloves (medical type), a dark colored book bag, and an unknown type of multi-pink colored blanket back to his apartment,” according to the report. At around 8:45 p.m., a 911 call was made.

Just before 9:00 p.m., CPD Officer Chad Shepard arrived and “met with Miya’s family, Armando, his roommate Kenny Rodriguez Torres, and another unknown friend of Armando who was present in the apartment,” the document notes.

The report describes the extent of that second interaction:

Officer Shepard indicated to Miya’s family that he was limited in his ability to provide assistance as this was an Orange County Sheriff’s Office missing person case. He further stated that he could not force Armando to allow him to search the residence. While on scene, an unknown male family member of Miya approached Armando and asked to search his residence to ensure Miya or the blanket was not inside. Armando agreed to allow this individual to go inside with him and with the presence of Officer Shepard to look around. After a walk through and search of the residence, and not locating anything of evidentiary value the family member, Armando, and Officer Shepard cleared the apartment.

Less than 45 minutes later, Caballero was allowed to go.

“Officer Shepard informed Miya’s family to notify the Orange County Sheriff’s Office and provide them the updated information they obtained through their surveillance,” the report continues. “He also instructed them to not return to Armando’s residence and allow law enforcement to continue the investigation.”

In the report is the last known image of the victim alive. A description of that image culled from incorrectly time-stamped security footage shows her walking out of the leasing office at the apartment complex at around 5:00 p.m. on the day she disappeared:

Miya was observed wearing black shoes, blue jeans, a maroon Preiss company shirt, black zip up hooded jacket, and carrying a red and white purse. She was on her cell phone and was holding a yellow rose as she was walking out of the leasing office. It was later determined that the rose she was in possession of was given to all of the female employees earlier in the day by another individual unrelated to this case, and is the same rose located in her trash can by her family that same evening.

The lengthy report also contains numerous details about the relationship between the deceased college student and the man believed to be her killer, including DNA evidence from one of Marcano’s t-shirts, a bloody pillowcase and two other items that identifies him “as a possible contributor.”

“At this time, there are no further investigative actions being taken on this case and all evidence shows Caballero acted alone in the kidnapping and murder of Miya Marcano.” the report concludes.

The OCSO report can be read in full below: