After more than three decades, investigators say they know who kidnapped 17-year-old Leslie McCray from her home on Christmas Eve 1985 and killed her.

The suspect is David Nelson Austin, 59, who is already serving a life sentence in Michigan for sexual assaults, Chief of Investigations T.K. Waters of the Jacksonville Sheriff’s Office said during a press conference on Thursday. It is unclear if prosecutors will seek the death penalty against Austin for allegedly killing McCray. The Office of the State Attorney for the Fourth Judicial Circuit did not immediately respond to a Law&Crime request for comment.

According to Waters, the perpetrator kidnapped McCray from her home at knifepoint.

“During this incident, the suspect entered the apartment by unknown means, tied her up, tied her boyfriend up, and left him tied up in a bedroom,” he said.

The boyfriend last saw McCray as the attacker forced her away, Waters said. He freed himself and called police, but McCray turned up dead. It was clear to authorities that someone killed her. Authorities suspended the investigation in 1986 because they could not develop leads from evidence they collected from the scene, Waters said.

The victim’s family did not give up hope, said Waters. In 2019, they reached out to the non-profit organization Project: Cold Case and the Jacksonville Sheriff’s cold case unit. Investigators met with the Florida Department of Law Enforcement, asking for them to reexamine the evidence. In April 2020, authorities matched the suspect DNA profile to an inmate in the Michigan corrections database, said Waters. They interviewed Austin and also carried out more DNA tests using a direct sample, Waters said.

Who murdered Leslie McCray? In 1985, the 17-year-old was kidnapped from her apartment at knifepoint in the middle of the night and stabbed to death. Today, 36 years later, the sheriff’s office said McCray’s killer is finally being brought to justice. https://t.co/8kxrcXEf6j pic.twitter.com/B1rvn9gXZG

Investigators got an arrest warrant for second-degree murder and kidnapping, but a Duval County grand jury indicted Austin for first-degree murder on Thursday, Waters added.

– @JSOPIO announced today that the 1985 murder of Leslie McCray had been solved.

David Austin was identified as Leslie’s murderer. He currently is serving two life sentences in Michigan.

The chief declined to elaborate on the evidence found at the scene, citing the ongoing case. Responding to reporters’ questions, Waters said that Austin was not previously a suspect; investigators neither interviewed Austin nor mentioned him in any police reports. Austin did live in Jacksonville at the time of the 1985 killing, then stayed for a short while, left the state, and committed the crimes in Michigan where he was caught. 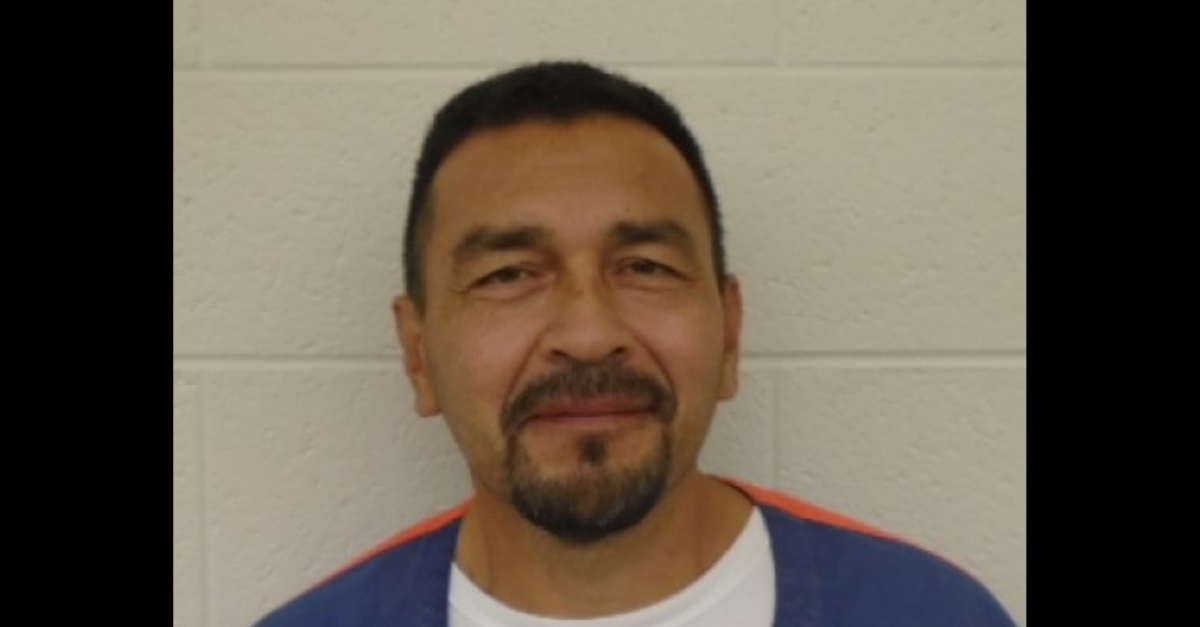 “She was a kid, you know?” McCray’s cousin Joey Bray said of the 17-year-old girl, according to News 4 Jax. “She had her whole life ahead of her and she needed to live it, but she wasn’t given the chance.”

[Mugshot via Michigan Department of Corrections]