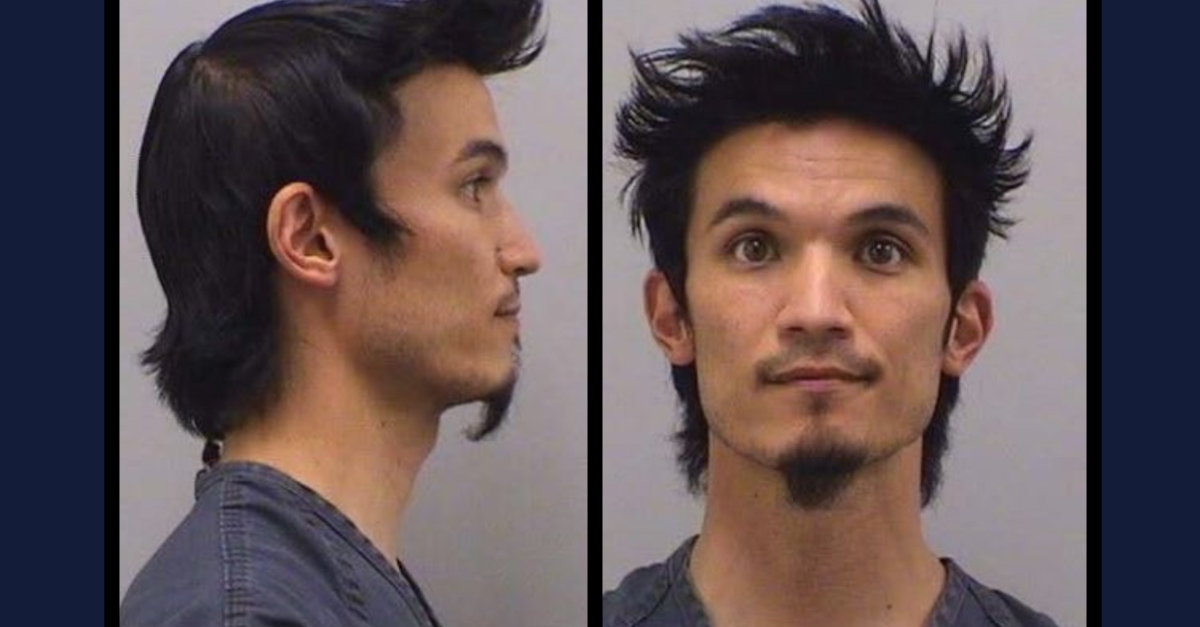 A former taekwondo instructor in Colorado is charged with secretly recording children while they were changing their clothes. In several incidents, Erik Chen, 31, left his backpack in changing rooms, with his phone — recording all the while — tucked in an outside pocket, according to an affidavit obtained by Denver NBC affiliate KUSA.

“The charges stem from multiple incidents throughout Douglas County and Aurora when Chen supervised camp outings for known Han Lee’s Taekwondo Academy students,” police said in a press release. “The academy’s owner is working with law enforcement in an attempt to identify additional victims from the Castle Rock and Aurora business locations.”

Officers in Castle Rock, Colorado, said they were able to identify eight victims but still had five more to locate, according to the affidavit in the KUSA report. Of these, four were girls and one was a boy.

Over the course of the investigation, the Castle Rock Police Department has identified several juvenile victims; however, detectives believe there could be others. Anyone with information regarding these incidents is asked to contact the CRPD tip line at (720)733-3517 or [email protected].

Authorities said they pressed charges including sexual exploitation of a child after several allegations surfaced. In February 2021, a father told Aurora police officers about his daughters having an encounter with Chen at the Lone Tree Recreation Center. They had stopped swimming when Chen told them they could use the unisex changing room he just left, the girls said. Chen allegedly told them the other changing rooms were occupied.

The girls used the room he suggested, but he left his backpack in there, with his phone in an outside mesh pocket, authorities said. The device allegedly made a notification sound. One of the girls picked it up and learned it was recording, police said.

The girls left the room, Chen got his backpack from the room, and one of them asked him later if she could use his phone to call her parents, officers said. He allegedly refused.

Cops said they were not able to find footage of this incident, but officers have argued that they have probable cause to believe that it happened.

Later, on June 2, 2021, a therapist told Castle Rock police about a young female patient telling her about two allegations. Going in chronological order, the girl said that she was in a changing room in the summer of 2020 when she saw Chen’s bag inside and his phone hanging out of a pocket. She felt uncomfortable with it pointed at her, officers said. Going to turn it around, she learned it was recording.

The girl reportedly said she did not come forward immediately about the incident because she trusted Chen and had known him for a long time. Ultimately, she “sort of forgot” about it until she later spoke with a boy. This boy said he did not like Chen because his girlfriend discovered Chen’s phone recording her in a changing room.

Authorities said they executed a search warrant in August 2021 for Chen’s electronic devices at his home. About 100,000 files of child sexual abuse materials were there, cops reportedly said in their affidavit. About 90 percent allegedly showed young girls. Most were allegedly downloaded, but officers said they found eight apparently produced by Chen; that material allegedly showed kids changing their clothes at recreation centers. Three videos were from the Central Recreation Center in Aurora, officers said. Four videos are believed to have been recorded at the Castle Rock Recreation Center. One was from the Del Mar Pool in Aurora, cops said.

Police said Chen ended up working for Lifetime Fitness in Centennial and was assigned to run that organization’s kids camp. He was arrested April 4 for hitting a child in the face multiple times. He pleaded guilty on June 27 and received 24 months on probation, officers said. He now is in the Douglas County Jail on $250,000 bond and is represented by the state public defender’s office. He’s facing nine counts each of sexual exploitation of a child, nine counts of enticement of a child, nine counts of sexual contact-coerced child, and eight counts of sexual exploitation of a child-video, according to the authorities.

He appeared in court on Thursday; another hearing is scheduled for Sept. 1, according to jail records.