Colorado Man Convicted in ‘Brutal and Callous’ Murder of Girlfriend, Whose Body Was Stuffed in a Plastic Container and Left at an Abandoned Truck Stop 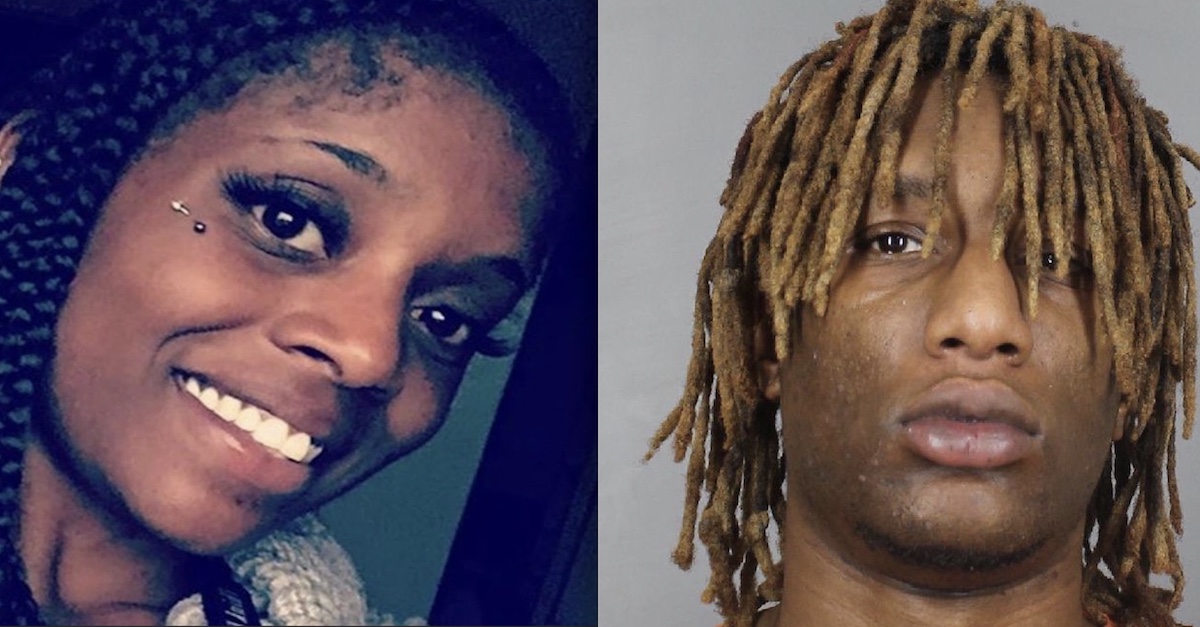 A 29-year-old Colorado man may spend the rest of his life behind bars for killing his girlfriend, stuffing her body in a plastic storage container and dumping the remains at an abandoned rest stop.

A Las Animas jury on Wednesday found Andrew Joseph Condon guilty on a spate of felony charges, including one count of second-degree murder in connection with the 2018 slaying of 23-year-old LeBrea Jackson, authorities announced.

The verdict came after a five-day trial followed by two days of jury deliberations.

“This was a horrific act of domestic violence that robbed two children of their mother, parents of their daughter and a community of a beloved member,” Chief Deputy District Attorney Andrew Steers said in a statement. “This verdict is the first step towards justice.”

According to a press release from the District Attorney’s Office for the 18th Judicial District of Colorado, “someone” texted Jackson’s mother on Dec. 23, 2018 saying that she was on her way to pick up Condon, her boyfriend at the time, and the couple would be arriving at the parents home in Westcliffe later that evening. But the couple never arrived in Westcliffe.

Approximately two weeks later, Jackson’s body was discovered stuffed in a storage container at an abandoned truck stop near Exit 34 of the I-25 in Las Animas county — approximately three hours south of Denver. She had been strangled to death.

Investigators looking into the circumstances of Jackson’s murder quickly identified Condon as a person of interest in the case. Authorities said that evidence showed Condon strangled Jackson to death sometime between Dec. 21 and Dec. 23, then used Jackson’s phone to send the text message about arriving in Westcliffe.

Also on Dec. 24, Texas State Troopers executed a traffic stop on Condon, who was driving Jackson’s car. The troopers issued Condon a ticket for being in possession of drug paraphernalia. Hours later, Condon was pulled over again — this time by officers with the Alvarado Police Department. When Condon gave the officers a stolen Colorado-issued ID card, they arrested him on “multiple outstanding felony warrants” that were “unrelated to Jackson’s murder.”

At the time of Condon’s arrest, police said he was in possession of Jackson’s cell phone and had used her debit card at multiple locations in the state.

Jackson’s mother on Dec. 26 called the Aurora Police Department and formally reported that her daughter was missing and an investigation into her whereabouts was opened.

“Around 3:30 p.m., a man pulled into the abandoned truck stop on I-25 and noticed a red plastic storage container with a human body inside,” prosecutors said in the release. “The man immediately called police and the Las Animas County Coroner positively identified the body as Jackson’s.”

In addition to the murder charge, Condon was also convicted on one count each of tampering with a deceased body, motor vehicle theft, burglary, assault/strangulation, felony menacing, and a violent crime resulting in death sentence enhancer.

“This was a brutal and callous act of domestic violence that deserves a lengthy prison sentence,” District Attorney John Kellner said in a statement. “For anyone struggling with domestic violence, please reach out for help. We’re here for you.”