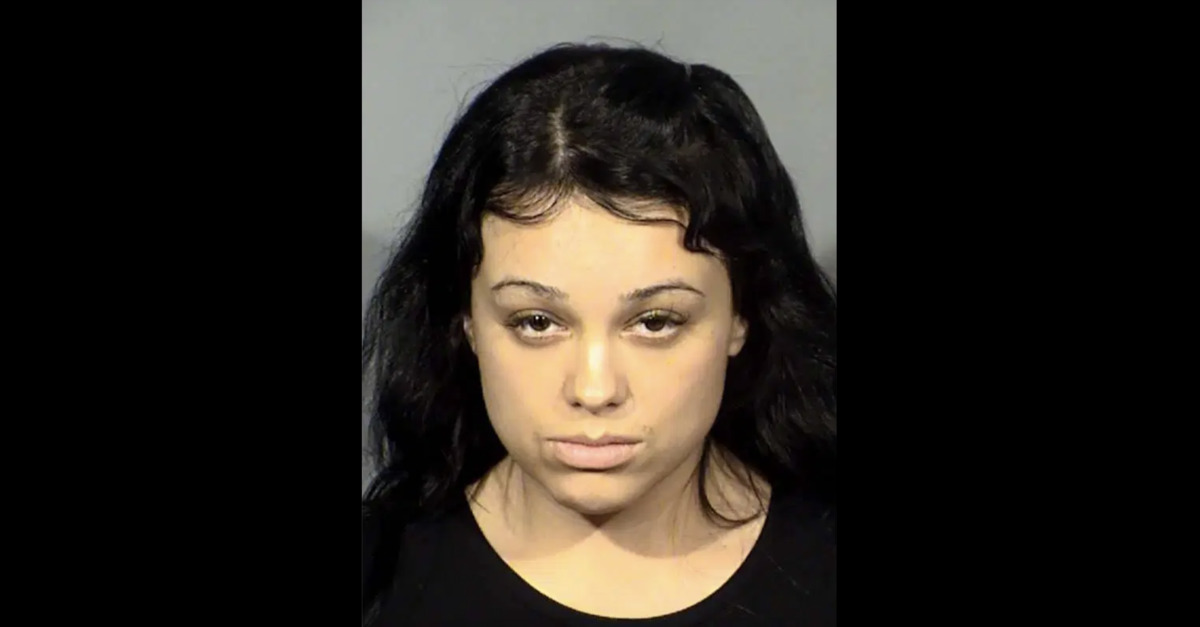 A California woman suspected of brutally killing her 7-year-old special needs son earlier this year has been formally indicted for murder by a grand jury in Clark County, Nevada.

Samantha Moreno Rodriguez, 35, was arrested by the FBI following a nationwide search in early June after going on the lam in late May of this year. Her son, Liam Husted, was discovered by hikers on the Mountain Springs Trailhead near Las Vegas, Nevada on May 28.

The child’s lifeless body was found naked, some eight feet off of the popular hiking trail. Before he died, Liam Husted suffered “multiple injuries,” according to various local media reports.

At first, the boy’s corpse remained unidentified for several days as numerous tips poured into local and national investigatory hotlines. Authorities initially referred to the victim as John “Little Zion” Doe until a friend of the Husted family recognized a composite rendering of the child created by the National Center for Missing and Exploited Children. That friend of the family then contacted authorities to report that he had not seen the boy or his mother in over a week.

Authorities quickly confirmed that the remains belonged to Liam Husted after flying out to San Jose, Calif. and obtaining DNA from the boy’s hoodie and pillow for matching. Immediately after that, an arrest warrant was issued for the dead boy’s curiously missing mother.

Court documents also noted that Rodriguez and her son had both checked into a Las Vegas-area hotel just one day before the boy’s body was found abandoned in the cruel desert’s dust and heat.

“We are devastated. Liam was a happy, sweet, innocent child who adored his father. It is a complete tragedy,” the boy’s grandfather Chris Husted told local Fox affiliate KTVU in late June. “Liam was a special needs child, at a disadvantage and dependent on others kindness. Unfortunately his mother took that away.”

Rodriguez allegedly took her son from their California home on May 24 and left her phone at the residence—but not before she sent the child’s father Nicholas Husted a voicemail saying: “I had to do this.”

“There was nothing suspicious in that message that would lead the father to believe that Liam, or Samantha, was, were involved in any kind of foul play or that there was any harm, potentially to come,” Las Vegas Police Lieutenant Ray Spencer said in early June.

The pair were reported missing to San Jose Police on June 1.

Central to law enforcement’s initial hesitation as to the meaning of the suspect’s alleged “I had to do this” statement was that Husted and Rodriguez had mutually suffered through a rocky relationship for several years and that the message also suggested the mother was simply looking for a new home.

The investigation went wide open after Rodriguez was in custody.

“This is a pretty egregious case of filicide,” Deputy District Attorney John Giordani said at a hearing in late June. “She essentially said that she became frustrated with the child and strangled him.”

According to court records reviewed by Las Vegas-based NBC affiliate KSNV, the grand jury returned the murder charge last Friday, July 30. Law&Crime reached out to the Clark County District Attorney’s Office for additional details and comment on this story but no response was forthcoming at the time of publication.

The defendant is next slated to appear in Clark County District Court on Wednesday, Aug. 4.