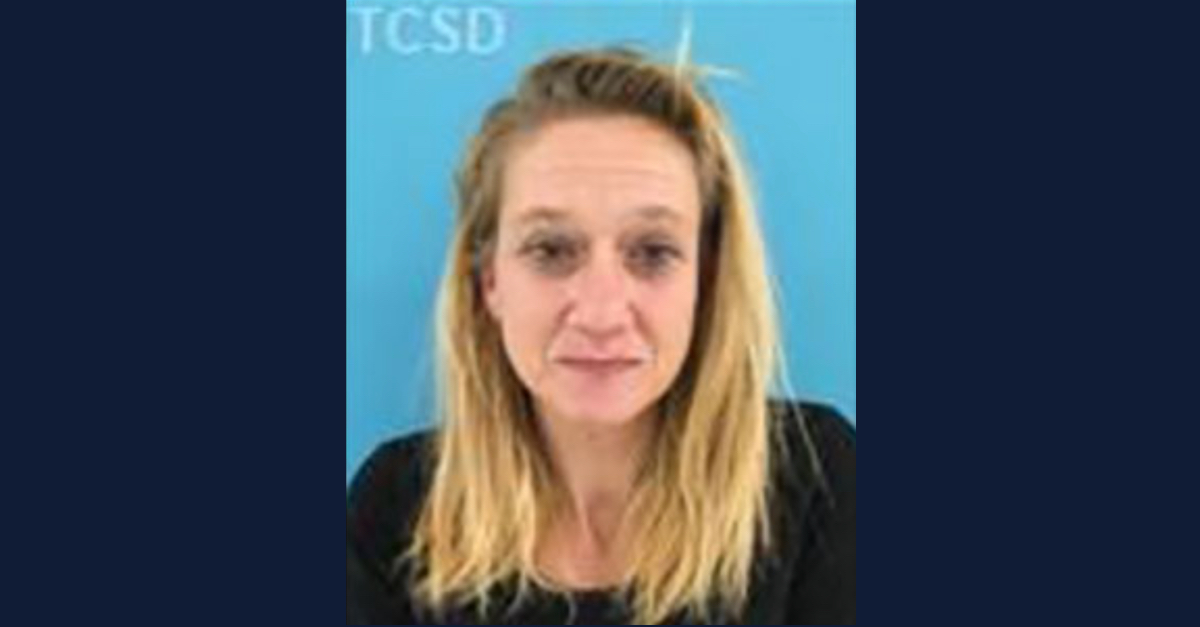 A California woman has been arrested in connection with a seemingly small-bore dispute that allegedly turned into wholesale child abuse.

Andrea Gladysz, 37, stands accused of one count of willful cruelty to a child over the incident that allegedly occurred over the course of the late afternoon hours of a Friday earlier this month.

According to the Tuolumne County Sheriff’s Office, at around 5:15 p.m. on Feb. 4, deputies received a call about alleged child abuse said to involve a metal chain. Shortly thereafter, law enforcement says, TSCO deputies responded to a home in the eastern environs of Sonora, Calif., a tiny city of roughly 5,000 residents that was founded during the Golden State’s Gold Rush era by miners from a Mexican town bearing the same name.

Authorities say a witness told them the alleged abuse occurred after the 37-year-old woman and the minor victim were arguing about a mini-fridge. The exact contours of that alleged argument, however, have not been publicly released as of this writing.

According to the outlet, the defendant was arrested without incident and is currently being detained on $25,000 bail.  Jail records reviewed by Law&Crime indicate that the defendant was booked on Feb. 4, the same date as the alleged incident in question.

Law&Crime reached out to the TCSO and the local court system for additional details on this story but no response was immediately forthcoming as of the time of publication.

Under California law, child abuse that could potentially result in great bodily harm is considered a so-called “wobbler” offense. It is neither strictly a misdemeanor nor strictly a felony under the revised statutes. Prosecutors have wide discretion to charge (and judges have wide discretion to sentence) a violation as either a misdemeanor or felony. In the present case, the defendant has been charged with a felony violation of the state’s law against child abuse.

If convicted as charged, Gladysz faces potential punishment ranging from “imprisonment in a county jail not exceeding one year, or in the state prison for two, four, or six years.” Probation, if granted under the law here, comes with a stiff, mandatory minimum probation sentence of 48 months, mandatory protective order(s) for the child(ren) at issue and mandatory completion of a child abuse counseling program.

Banal and/or petty disputes between adults and children have led to often disastrous child abuse allegations as of late. As Law&Crime previously reported, a Florida man wanted by authorities on child abuse allegations was eventually confronted by deputies before taking his own life. The child abuse alleged in that incident concerned both immediate physical altercations and neglect after the fact. But the underlying argument was decidedly picayune: the man and his 13-year-old son were arguing about vacuuming out the man’s SUV. The matter escalated and resulted in deadly consequences.