Wayne Walker Charged in 1981 Murder of Teen in Pennsylvania

Man Charged with 1981 Murder After Claiming He Beat Teen with Railroad Spike, Dumped Body near Train Tracks, and Returned to ‘Have Sex with the Corpse’ 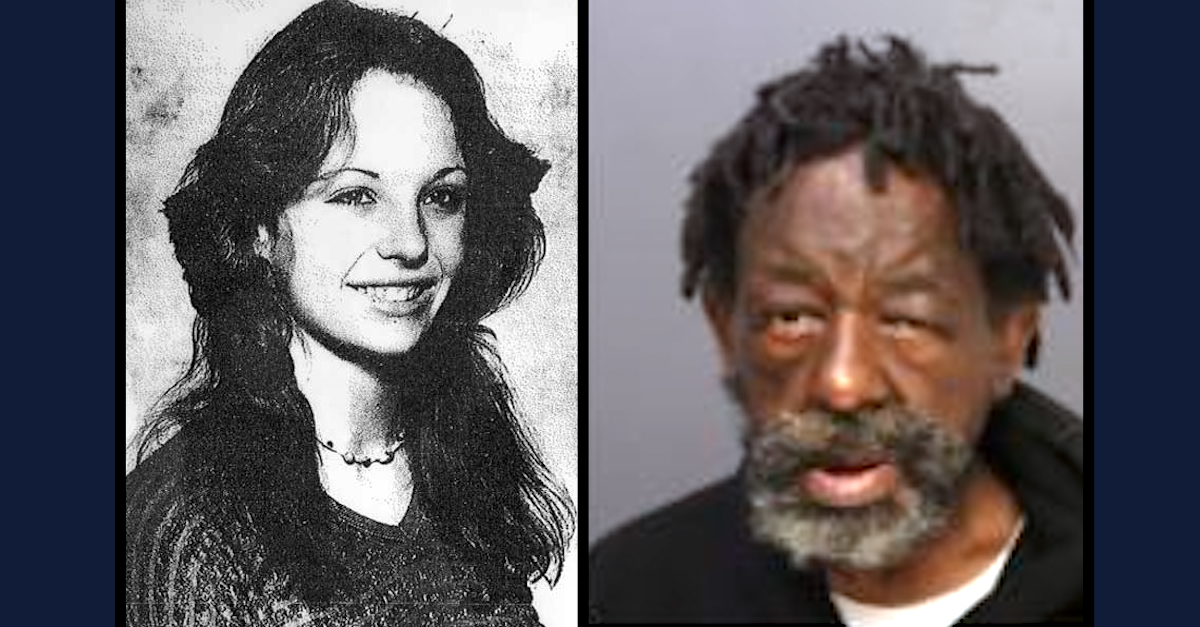 A Pennsylvania man has been charged in connection with a murder that happened more than 40 years ago.

Denise Marie Pierson, then 18, disappeared on April 14, 1981.  Her body was found more than three years later in July 1984.  An autopsy determined that Pierson died from blunt impacts to the head and that the manner of her death was homicide, according to a statement by Delaware County District Attorney Jack Stollsteimer and Captain James B. Kemm of the Pennsylvania State Police.

Wayne Anthony Walker, 58, was charged this week with “criminal homicide, murder of the first, second, and third degrees, kidnapping, and conspiracy,” the authorities said.  Another man, Peter Horne, formerly of Marcus Hook, Pa., was named as a co-conspirator, but “is deceased and cannot be charged,” the authorities added. 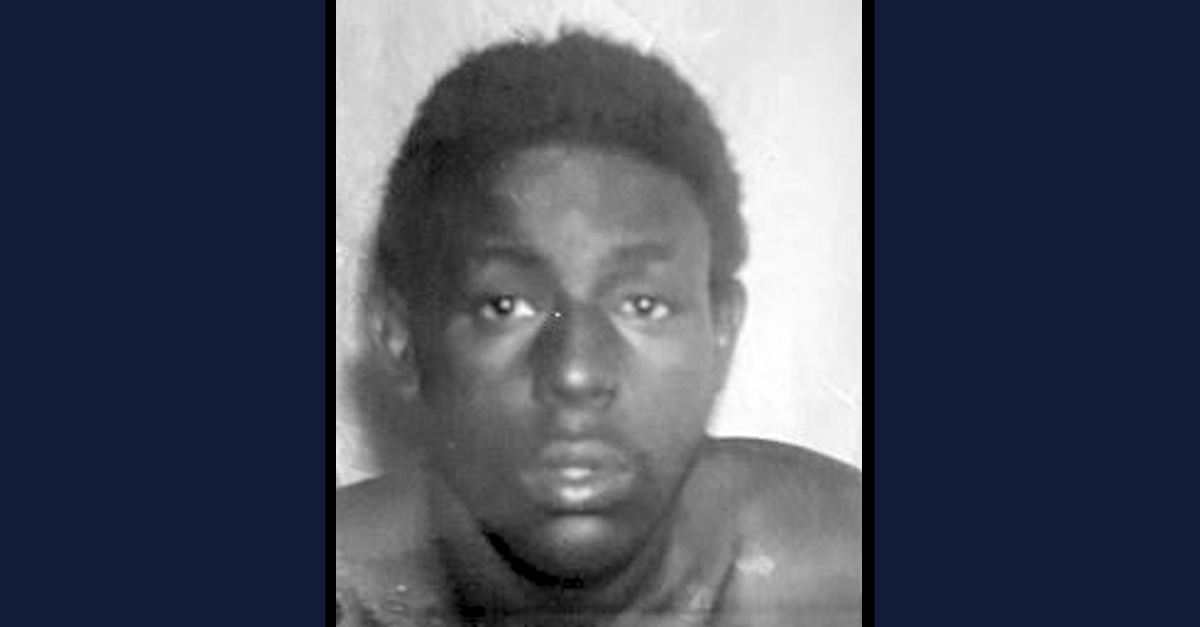 Wayne Anthony Walker is seen as he appeared in 1981.

Two more people may also be connected to the killing, the authorities suggested.

“There is a $5,000 reward for information that leads to the arrest of additional suspects,” a press release continued.  “Anyone with information should contact Trooper First Class Andrew J. Martin, Criminal Investigation Assessment Unit, Pennsylvania State Police, Troop K, Philadelphia, at 215-452-5216.”

Stollsteimer and Kemm said the case went cold after having been originally investigated by the Pennsylvania State Police.  The matter was reopened in 2018, and the authorities pointed to “new investigative tools and strategies” as the reason why they finally identified the two named suspects.

“In the course of their review, investigators learned of the existence of a 6 inch folding knife that had been recovered with the victim’s remains, and stored by the Delaware County Coroner’s Office,” the joint press release continued.  “This discovery led to a further examination of the evidence gathered regarding the victim’s remains, which provided information crucial to the charges brought [Friday].” 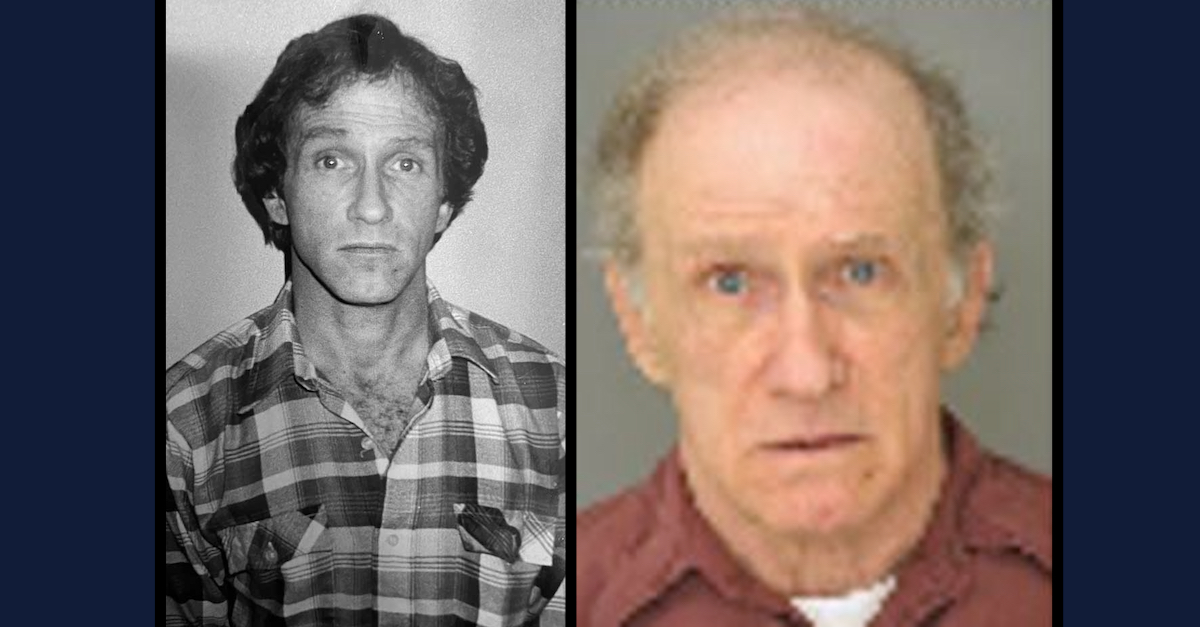 Peter Horne in 1984 and before his death.

The victim was visiting a friend’s house in Marcus Hook in 1981 when she failed to return home, the authorities said.  But the case took a bizarre turn in the aforementioned year of 1984:

In January 1984, the Crisis Intervention Center at Crozer-Chester Hospital received a call from an unidentified caller who stated that he had killed Denise Pierson. The call was traced to the home of Peter Horne in Marcus Hook. A search warrant was executed at the Horne residence, and two black jacks (a leather Billy club) were recovered. Horne denied making the calls to the crisis center. In February 1984, investigators interviewed the owner of a garage that employed Horne, who confirmed that the victim’s mother had her car serviced at the garage. The victim’s mother confirmed that the victim had been with her on several occasions at the garage. Investigators determined that Horne left his employment with the garage the day after the victim’s disappearance.

On July 18, 1984, the skeletal remains of the victim were found in the vicinity of the railroad tracks located at 7th and Market Streets in Marcus Hook. The site was approximately 300 yards from the Horne residence. 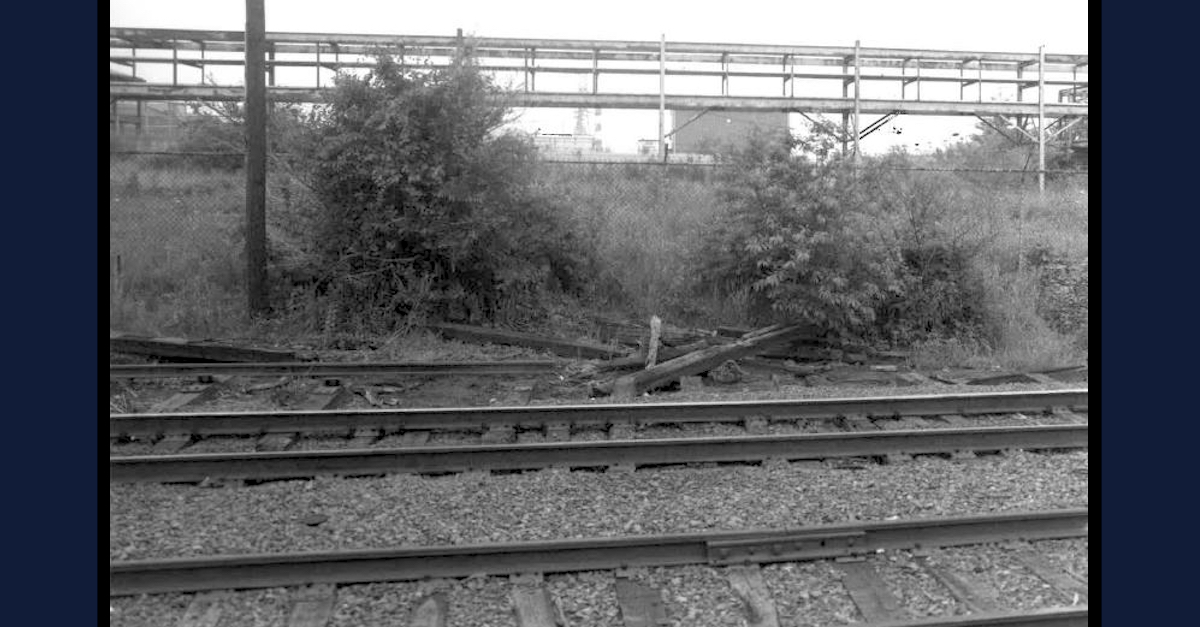 A crime scene photo released by the authorities shows railroad tracks near 7th and Market Streets in Marcus Hook, Pa.

The authorities then skipped ahead ten years while explaining what happened next:

In June 1994 investigators conducted a search of the residence previously occupied by Horne. Items seized from the crawl space included segments of rope and multiple pieces of cardboard boxes.

Between 1995 and 1995, interrogators conducted “numerous” interviews with Walker.  Again, from the official narrative:

Those statements led to a December 1994 search which turned up rope, clothing, debris, and a piece of jewelry, the local constabulary continued.  The rope seemed to be a match to the rope from Horne’s residence.

In June 1995, investigators spoke with the wife of Horne. She confirmed that he kept a wheelbarrow at the house, as well poles with several clotheslines. She also stated that Horne kept a weapon hidden in the basement of the residence. A search warrant was executed and a .32 caliber derringer style handgun was recovered, as well as a Billy club. Peter Horne was subsequently arrested for firearms violations.

Horne was arrested and convicted for stalking in 1997.  He died in prison in 2013.  That same year, his wife admitted that she had been “told to lie by Horne when investigators asked about the blackjacks that had been found at the residence.”

“She stated that she believed that Horne had killed the victim,” the press release said.

Other relatives and acquaintances told the police that the four primary suspects became increasingly loose-lipped over the years and “began to discuss details of the murder.”

A July 2021 review by Forensic Anthropologist Erin Kimmerle, Ph.D., of the University of South Florida revealed that the victim had suffered a wound by a “sharp edged object” above her right jaw and next to her ear.  That injury seemed consistent with the recovered six-inch knife and the clubs recovered from Horne’s residence.

District Attorney Stollsteimer said the developments were slow to trickle in “over the decades” and asserted that past prosecutors and investigators “were unable to reach the threshold that would permit them to bring charges.”

But that finally changed.

“These cases can feel hopeless, but as today’s charges make clear, with the new tools and technology that emerge every day in the field of forensics, we must never give up,” said Stollsteimer.  “To the families and friends of all victims awaiting justice for crimes committed in our County, we hope this case sends an unequivocal message that you are not forgotten by the detectives and prosecutors in my office. We are extremely grateful to our law enforcement partners at the Pennsylvania State Police for their work on this case.”

“As with any cold case Homicide Investigation, the passage of time should not be looked at as a burden to the investigation, but rather an advantage,” added Trooper First Class Martin.  “It is often found that relationships change throughout the years. Witnesses who may have been reluctant to come forward in the past, are now more willing to assist. People previously confided in by suspects because they were trustworthy may not have the same loyalty’s [sic] 40 years later, and this is exactly what we have found with this investigation.”

Walker was already locked up at the George W. Hill Correctional Facility on what the authorities called “unrelated assault charges.”