‘This Is As Bad As It Gets’: California ‘Transient’ Allegedly Raped, Sodomized and Murdered Missing Autistic Woman in ‘Gruesome,’ ‘Evil’ Act 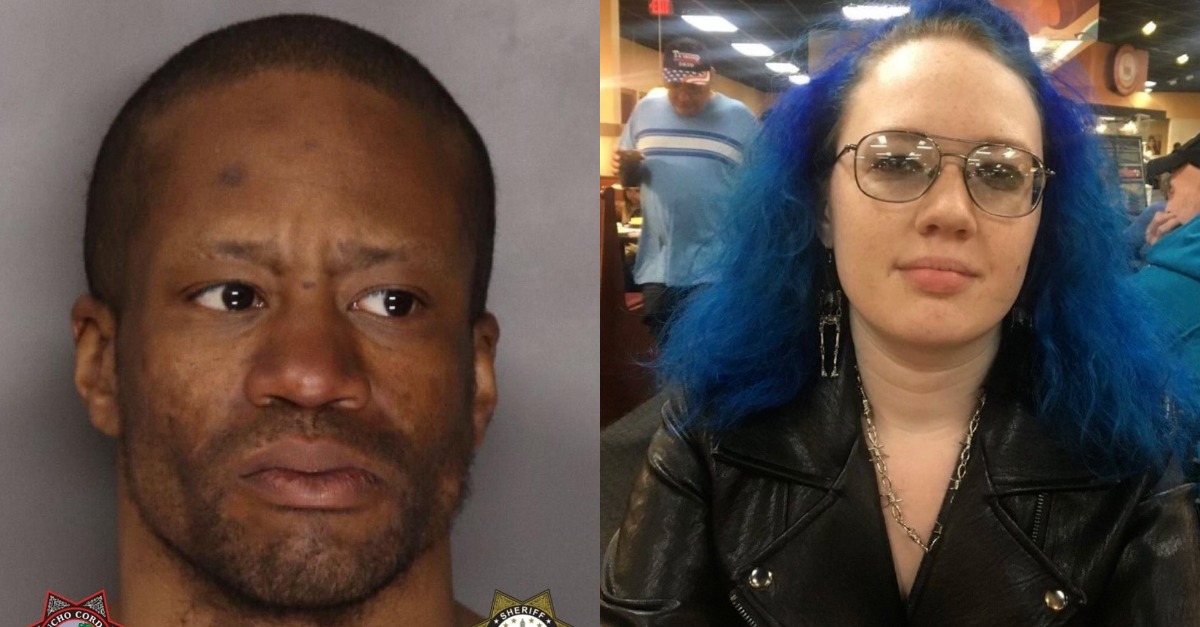 A California man said to be homeless has been arrested in connection with the death of a woman who went missing in late January and whose body was found near a river earlier this month.

Mikilo Morgan Rawls, 37, stands accused of murder, rape, and sodomy over the kidnapping and death of 20-year-old Emma Roark.

According to a press release from the Rancho Cordova Police Department, the arrest was effectuated by Sacramento County Sheriff’s Office detectives on Friday, Feb. 11, 2022. The defendant is being detained in the Sacramento County Main Jail without bail.

“This type of violent crime tears at the fabric of community safety,” SCSCO Chief Deputy Jim Barnes said in the release. “I am proud of the Sheriff’s Office personnel, which includes the Rancho Cordova Police Department, who stood tall to protect our community and brought resolution to this brutal crime. I also want to thank the Sacramento County District Attorney’s Crime Lab for their collaboration.”

Roark was last seen alive leaving her home in Rancho Cordova around noon on Jan. 27, 2022. Her family called to express concerns about her safety around 6:00 p.m. that same day. Missing posters bearing the woman’s likeness soon dotted the landscape of Sacramento County.

A massive search ensued — but only some 48 hours after the autistic woman’s disappearance had been reported. The delay reportedly angered the Roark family at the time, according to the Associated Press.

Four days later, on Feb. 1, 2022, a body was discovered in a secluded, rural area near the Sunrise Recreation Area along the American River, a tributary that runs from the Sierra Nevada mountains into the Sacramento River in downtown Sacramento.

Police quickly determined the woman died as the result of a homicide.

Details of the woman’s death have not been released, but authorities have said the circumstances were particularly grisly.

Authorities have not elaborated much on the details of their investigation but did say that numerous tips were helpful.

“We were able to get forensic evidence, match it to something that was in our database,” Luke added in comments to local FOX affiliate KTXL. “I am confident based off the technology and everything we have at the crime lab and the DA’s office, we know Mr. Rawls is responsible for this brutal crime.”

“The evidence analyzed by our crime lab was instrumental in this case,” Sacramento County District Attorney Anne Marie Schubert told the Sacramento Bee.

Barnes said the defendant is transient but generally keeps to the Sacramento County area. He also went on to say that many such itinerant people live along the American River Parkway’s El Manto Access, near where the deceased woman’s body was found, but did not want to discourage anyone from visiting the area.

“The sheriff’s office is sympathetic to the transient population,” the deputy added in comments reported by multiple media outlets. “We understand that people are experiencing hard times, but there is evil amongst them. And that’s what Mr. Rawls was. You can’t unsee this, this is as bad as it gets. Now imagine the family has to deal with this.”