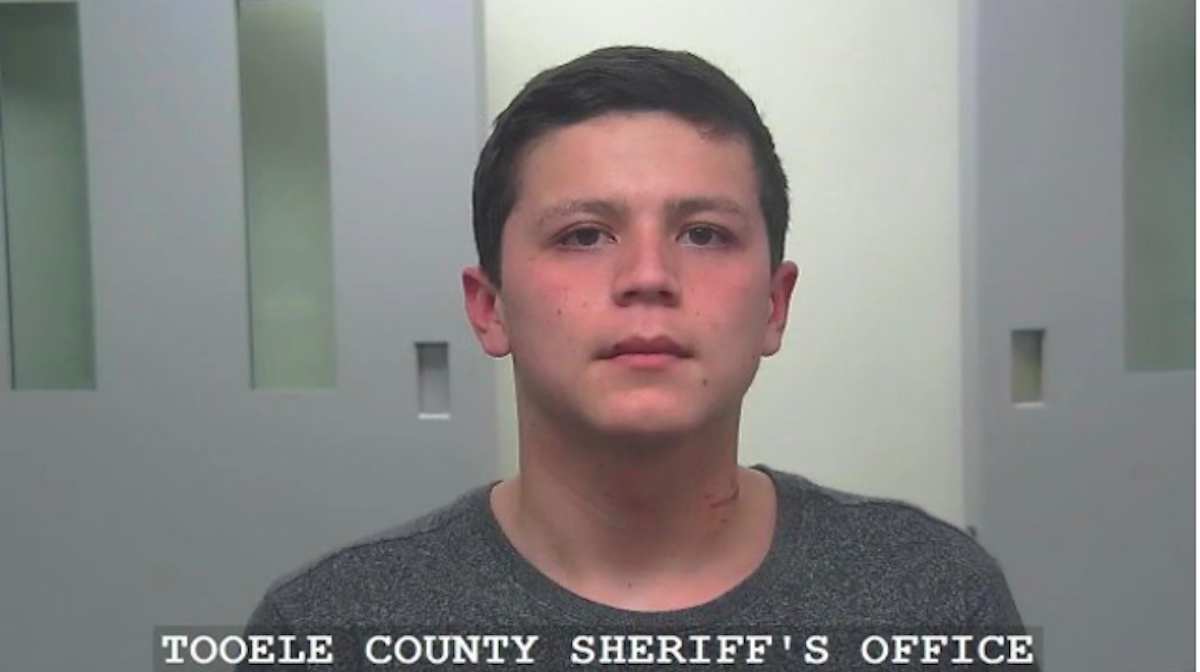 A 19-year-old California man pleaded guilty to fatally shooting three people in the head, including a 16-year-old girl, after the girl’s stepfather caught the man and his stepdaughter getting intimate in her bedroom. Police said the man first shot the stepfather—who tried to throw him out—then killed the mother and the girl because he didn’t want to “have any witnesses.”

According to a press release from the Humboldt County District Attorney’s Office, Mauricio Eduardo Johnson on Tuesday pleaded guilty to three counts of first-degree murder and admitted to three special allegations of using a firearm in the deaths of Nikki Metcalf and Margarett Moon, both 40, and 16-year-old Shelly Autumn Mae Moon.

County Superior Court Judge Timothy Canning sentenced Johnson to serve 150 years to life behind bars with an opportunity for parole after 25 years. The terms of the plea deal were first proposed by Johnson’s attorney, Andrea Sullivan and included dismissing the special allegations initially charged, the DA’s office said.

According to a search warrant affidavit obtained by Mercury News, Shelly’s 13-year-old sister, identified in the document as Jane Doe-1, called the Humboldt County Sheriff’s Office Emergency Communications Center at 8:12 a.m. on Feb. 10 and told a dispatcher that “her mother, sister, and father were bleeding out” at their home on the Bear River Band of the Rohnerville Rancheria Reservation.

In an interview with social workers, Jane Doe-1 reportedly said her older sister Shelly had some of her cousins and friends over on the evening of Feb. 9 and that the group engaged in underage drinking. Shelly’s mom reportedly caught the kids drinking at approximately 3 a.m. and was visibly upset. Most of the people left Shelly’s home soon after, but Johnson reportedly remained “with the permission of several of the minors in the home.”

Shortly after 4 a.m., Metcalf reportedly found Johnson and Shelly getting intimate in her room.

“The male subject [Johnson] was on top of [Shelly]. Nikki Metcalf hit the male,” the warrant reportedly states. “[Johnson] exited the room and walked into the living room pulling up his pants.”

Prosecutors said Johnson then grabbed a handgun from his backpack and shot Metcalf in the head, killing him.

A witness who reportedly spoke to Johnson after the shooting told investigators that “when the girl’s stepdad walked in, the stepfather started ‘getting tough’ with Mauricio Johnson so Mauricio Johnson pulled out his gun and shot him,” per the affidavit.

The sound of the gunshot reportedly woke Shelly’s mother, who came to her daughter’s bedroom to investigate.

Prosecutors said Nikki and Shelly were pronounced dead at the scene while Margarett was taken to a local hospital and later pronounced braindead.

Johnson then rushed home to get a vehicle and fled the state. He was picked up and arrested on Feb. 11 by troopers with the Utah Highway Patrol who spiked the tires of his SUV when he refused to pull over. He was later extradited to California to face the murder charges.

“Attorneys and victim advocates from the District Attorney’s Office spoke with many members of the victims’ families, friends, and additional members of the community,” the DA’s Office said in a statement. “Understandably, given the terrible harm done by the defendant, the people most affected by the murders expressed differing views on whether to accept the plea or proceed to trial.”