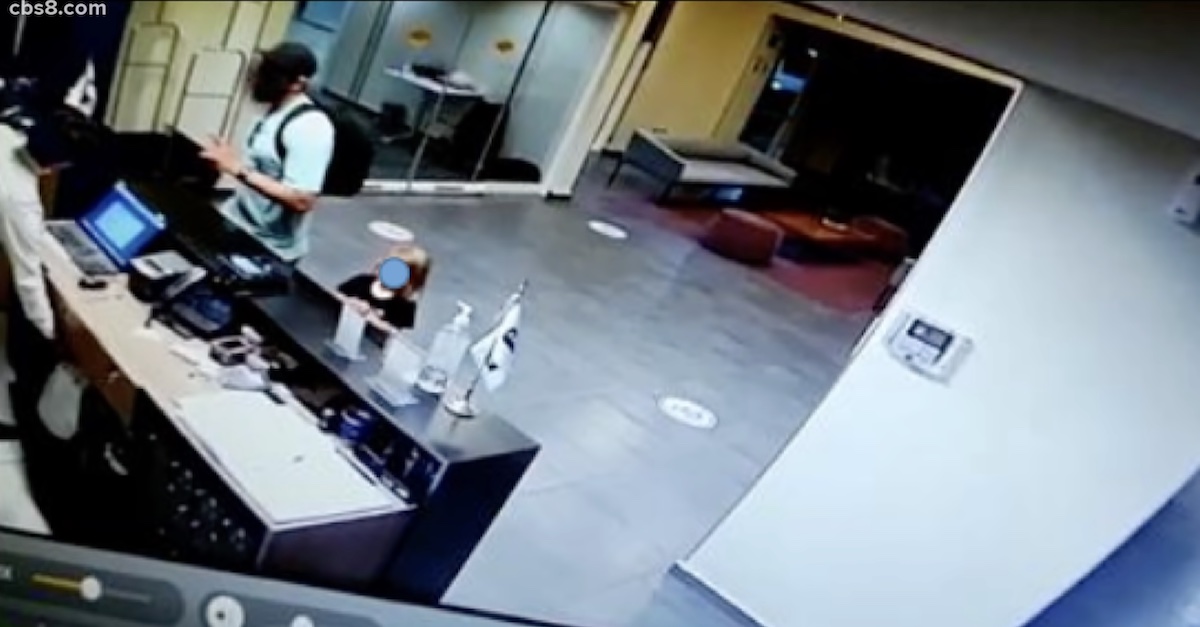 A California surfing instructor who allegedly took his two young children to Mexico and he killed them using a speargun because he believed he was saving the world from their “serpent DNA” was indicted by a federal grand jury in San Diego on Wednesday, the Justice Department announced.

According to the press release, 40-year-old Matthew Taylor Coleman, was charged in the U.S. District Court for the Southern District of California with two counts of foreign first-degree murder of U.S. nationals in the deaths of his 2-year-old son and 10-month-old daughter.

Coleman had been charged via a federal criminal complaint filed in California’s Central District Court in Los Angeles with the same crimes last month, but prosecutors said they intend to dismiss that complaint and pursue his prosecution in San Diego.

As previously reported by Law&Crime, Coleman allegedly confessed to the children’s murders, telling the FBI that his own offspring had “serpent DNA” and he believed “they were going to grow into monsters so he had to kill them,” the criminal complaint filed in Los Angeles stated.

“There are no words to describe the profound grief that envelops an entire community when a child is murdered,” Acting U.S. Attorney Randy Grossman said in a statement. “The Department of Justice is determined to achieve justice for these victims and their loved ones.”

Authorities began investigating Coleman, the founder of the Lovewater surfing school in Santa Barbara, after his wife called the Santa Barbara Police Department and reported that her husband had put the kids in a Sprinter van and left their home without saying where he was going. Coleman refused to answer text messages and phone calls, and the next day, Aug. 8, his wife filed a missing persons report. She also used a phone locator app which showed that he was in Rosarito, Mexico.

Police then alerted the FBI of a possible parental kidnapping and on Aug. 9, Coleman was contacted at the San Ysidro Port of Entry, attempting to reenter the United States without his children. Border patrol officers “observed what appeared to be blood on the Mercedes Sprinter van’s registration paperwork,” court documents said.

The FBI coordinated with the Mexican authorities and learned that two children matching the description of Coleman’s kids had been found dead in a ditch at 8 a.m. earlier that day.

Coleman was brought in for an interview, received Miranda warnings, and agreed to speak with investigating agents, the FBI said. What he’s alleged to have said is shocking.

The FBI said Coleman told them that he believed his children were going to grow into monsters because they had serpent DNA passed down to them from his wife, so he killed the kids to save the world.

Specifically, Coleman allegedly said he shot his infant daughter with a speargun in the heart and attempted to do the same to his son.

“M. Coleman stated that [his son] did not die right away. M. Coleman described that he had to move the spear around, thereby cutting his hand in the process,” documents said.

The FBI said that Coleman claimed to be “enlightened by QAnon and Illuminati conspiracy theories” and that he had learned through “visions and signs” that his wife “possessed serpent DNA and had passed it onto his children.”

“M. Coleman said that he was saving the world from monsters,” documents continued. “M. Coleman was asked whether he knew what he did was wrong. M. Coleman stated that he knew it was wrong, but it was the only course of action that would save the world.”

Coleman is expected to make his first court appearance on the indictment Thursday. The first-degree murder charges mean he is eligible for the death penalty, though the DOJ said that U.S. Attorney General Merrick Garland will make that decision “at a later date.”

Coleman’s public defender did not immediately respond to Law&Crime’s press inquiry seeking comment and information about the scheduled arraignment.