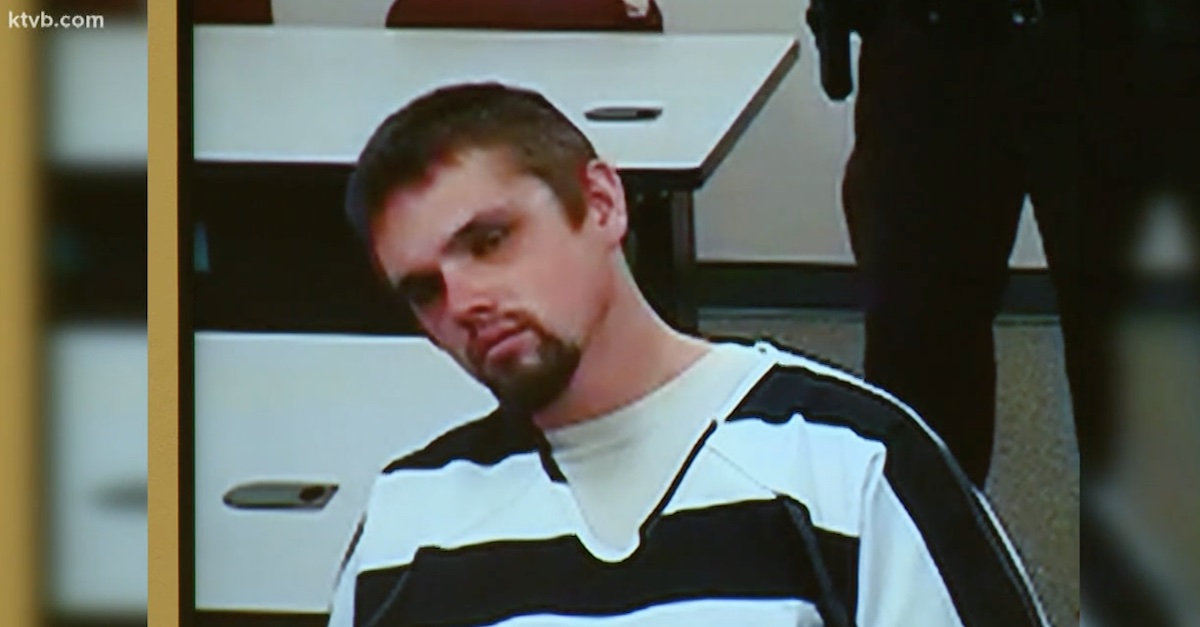 A Colorado trucker who pleaded guilty three months ago to a federal hate crime was sentenced Thursday to 16 years in prison for stabbing a Black man in the neck on Dec. 19, 2019. Nolan Levi Strauss, a 27-year-old who formerly lived in Nebraska, stabbed a complete stranger at an Arby’s in Oregon because, in his words, the victim “was Black, and I don’t like Black people.”

In addition to 16 years in prison, Strauss was also sentenced to five years of supervised release, according to the Department of Justice. The DOJ said that Strauss targeted Ronnell Hughes, who was 48 at the time, solely because of the color of his skin.

“This defendant is being held accountable for his brutal and racially-motivated attack against a Black man carried out because of the color of his skin,” DOJ Civil Rights Division Assistant Attorney General Kristen Clarke said in a statement. “Racially motivated attacks have no place in our society, and the Civil Rights Division will continue to vigorously enforce federal laws that prohibit bias motivated violence.”

Hughes, a complete stranger to Strauss, was at the Arby’s in the Pilot Travel Center that day because he was applying for a job.

As Hughes sat in a booth and waited to meet with a manager, Strauss snuck up behind him and stabbed him in the neck, “cutting his jugular vein and causing blood to rush out of [his] neck,” DOJ said. Hughes reportedly needed 50 stitches. 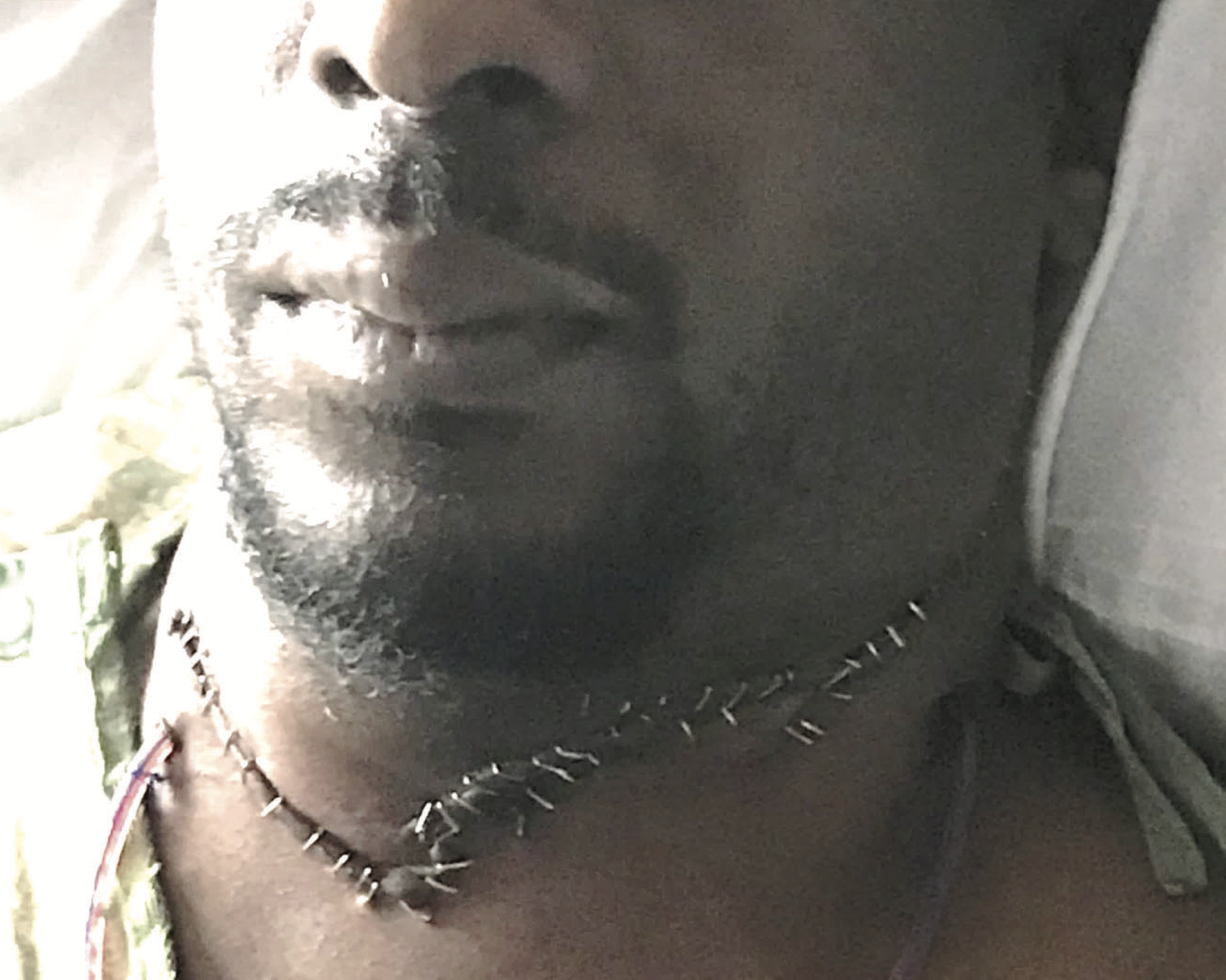 “As a result of Strauss’s attack, the stabbing victim suffered two large lacerations to his neck. He was evaluated in Ontario and subsequently life-flighted to a hospital in Boise, Idaho, for emergency surgery,” DOJ said.

The Malheur Enterprise reported on Thursday that Hughes spoke at Strauss’ sentencing.

“For someone to just sneak up on me and try to take my life from me, I’m angry,” Hughes said.

Strauss and his attorney reportedly claimed that the defendant was experiencing a “manic episode” and was not taking medication.

“I wouldn’t do that in my right state of mind,” Strauss reportedly said. “I’m happy that he survived.”

After the stabbing, Strauss told police that his “only problem with” Hughes was that he was Black. Per DOJ:

In two interviews with the police later that day, Strauss explained his beliefs about Black people, describing them as manipulative, lacking morality, and “not good people.” As Strauss told police, the color of the victim’s skin was Strauss’s “only problem with him.”

Court documents show he said much more than that:

I think, I think, uh, black people are just fuckin’ spawn from bestiality really. It’s disgusting. I think they were Neanderthals and, and you know God ordered people not to, to have sex and, and Eve must have went out and, and fucked one of those fucking Neanderthals . . . [T]hey steal heartlessly from everyone and it’s, it’s not because they even have something to stop them from doing that. They don’t have any soul. They don’t have any life. It’s, it’s very disgusting the, the, the kind of people that they are. It’s, it’s like they’re just made of, of shit really. They’re the same color on the inside as they are on the outside. It’s disgusting. They have no rationale for human communication and, and you know together and wholeness it’s, it’s savagery. It’s what an animal feels like. It’s very disgusting.

The government also noted that Strauss “told police that he had been previously diagnosed with bipolar disorder and that his actions were ‘sort of religiously motivated’ and ‘pretty racist too,’ but that he believed in telepathy and ‘thought he was Jesus.’”

Prosecutors further said that there was other evidence of Strauss’ hatred for Black people:

These statements to OSP detectives are not the only evidence of Defendant’s negative views toward African Americans. In June 2015, shortly after Dylann Roof shot and killed 9 African Americans, Defendant posted a meme involving the confederate flag on his Facebook page. In 2017, he reposted widely circulated photos from the Unite the Right rally that occurred in Charlottesville, Virginia. And in mid-September 2019, just a few months before the stabbing, in response to a comment by another person on Facebook, Defendant wrote two racially inflammatory statements: “You wouldn’t have a fucking place to call home if your people were in charge of America have some fucking respect idiot. Name something that’s not food that a Mexican invented.” And later, “Yea cause blacks who make up 15% of the population totally don’t account for half the murders in this country. What exactly do white people terrorize?” Id.

The government’s sentencing memo asked the judge to sentence Strauss to 220 months of prison (more than 18 years). Strauss was sentenced to 16 years in prison.

Read Strauss’ plea agreement and the government’s sentencing memo below: