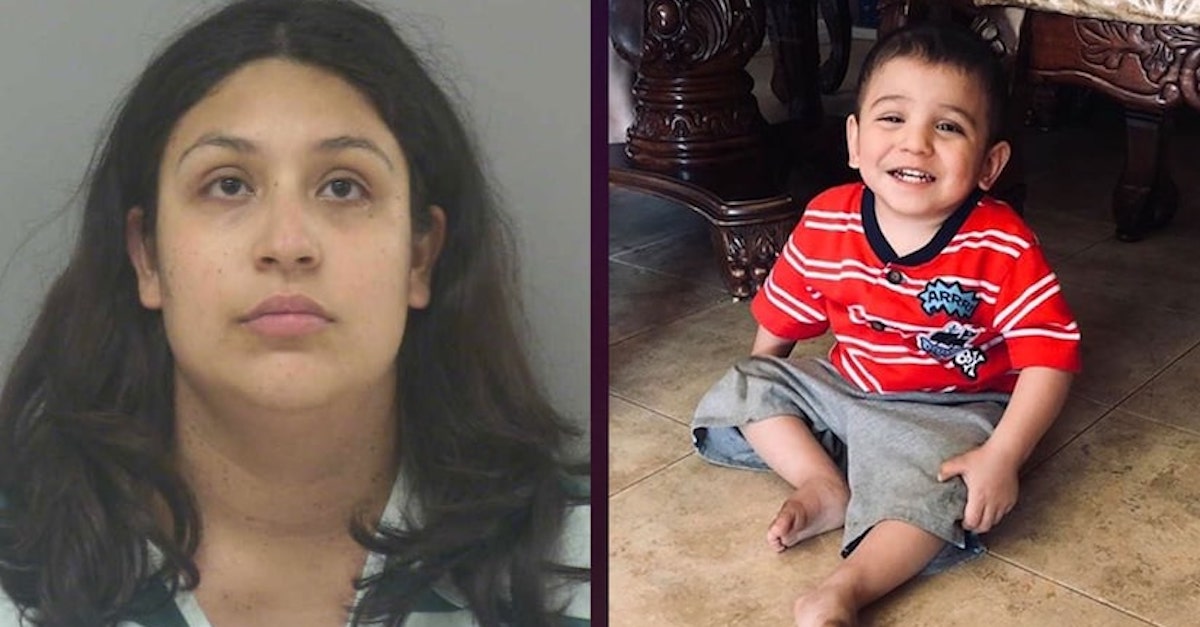 Briseida G. Sran on Monday pleaded guilty to five felonies — including two counts of murder, two counts of child abuse, and one count of mutilation — in the 2015 death of 4-month-old Divina Sran and the 2020 death of special needs 2-year-old Thaddeus Sran.

Briseida’s husband, 43-year-old Sukhjinder Sran, also pleaded guilty to killing Thaddeus, though authorities say there is no evidence that he had anything to do with Divina’s death.

According to a press release from Madera County District Attorney Sally Moreno, Briseida will spend 28 years in prison as part of her plea agreement while Sukhjinder will serve 11 years behind bars.

“Today in Madera Superior Court the parents of Divina and Thaddeus Sran accepted responsibility for their killings and they will be going to prison. It’s always tragic to see parents killing their children — particularly tragic and heinous,” she said. “Although it can seem like no amount of time is enough, today there was justice for both Davina and Thaddeus Sran.”

The pleas come nearly two years after Thaddeus was first reported missing by Briseida and Sukhjinder. The toddler was non-verbal and required a feeding tube to eat.

The parents on the morning of July 14, 2020 told investigators with the Madera City Police Department that Thaddeus had vanished from his room after they put him to bed the previous night. The Srans reportedly speculated that someone had snatched Thaddeus from his crib through an open window in the boy’s room, according to a report from Fresno ABC affiliate KFSN-TV.

News of  Thaddeus’ supposed kidnapping quickly spread throughout the Madera area and galvanized the community. According to Bakersfield NBC affiliate KGET-TV, “hundreds of people, including investigators and members of the public” took part in the search for Thaddeus, with many handing out “missing” fliers and taking part in volunteer search parties.

The search for Thaddeus ended nine days later, when cadaver dogs found the child’s burnt remains buried in a nearby orchard. It wasn’t long before Briseida and Sukhjinder allegedly stopped cooperating with investigators. The two were arrested later that month and charged with killing Thaddeus, as previously reported by Law&Crime.

Briseida had previously been investigated for Divina’s 2015 death, but no charges were ever filed. Her attorney at the time, Roger Nuttall, said that his client was cleared of all wrongdoing in her daughter’s death. He added that the case was “a tragic death of a child who had very serious medical issues,” calling Divina’s passing a “crib death.”

The discovery of Thaddeus’ body caused investigators to reopen the case of Divina’s death. Authorities said that Divina had sustained injuries that were “not normal,” but claimed they did not have enough evidence to bring charges against anyone at the time of her death, per Fresno NBC affiliate KSEE. However, due to the similarities between the injuries sustained by Thaddeus and Divina, as well as “new undisclosed evidence,” prosecutors were reportedly able to file the additional charges against Briseida.

The couple are currently scheduled to appear in Madera County Superior Court to be formally sentenced at 10 a.m. on July 29.