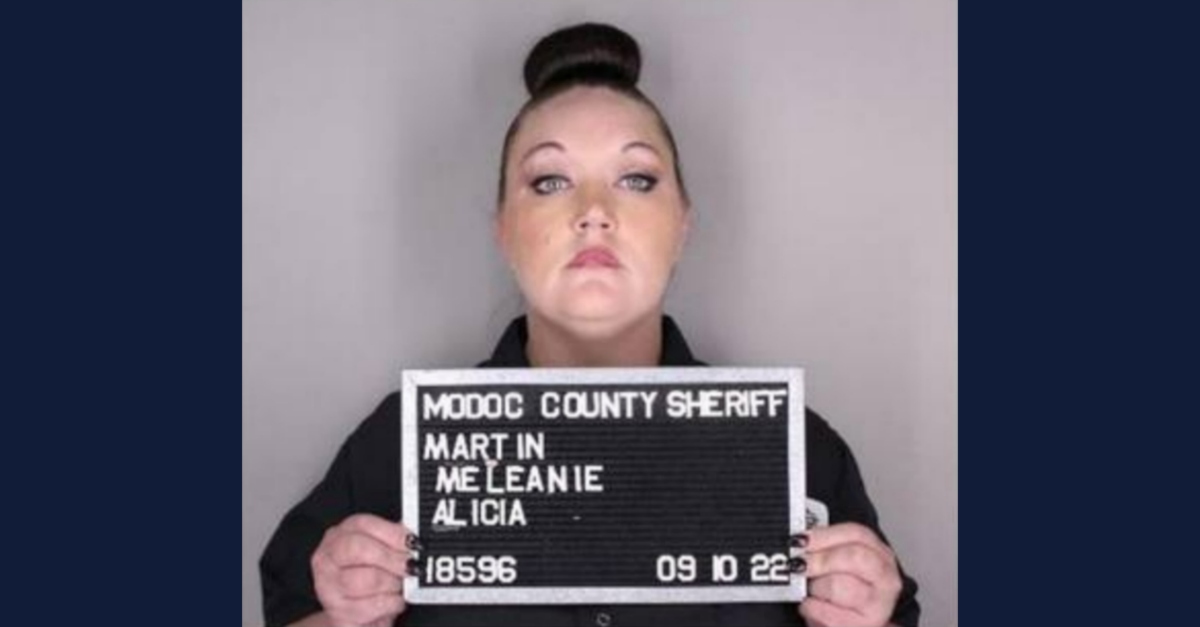 A former jail guard in California is accused of having illicit “sexual relations” with inmates.

Former Correctional Officer Melanie Alicia Martin, 34, was locked up on a $20,000 bail at the Modoc County Jail, the same facility where she used to work, said the Modoc County Sheriff’s Office in California.

“Following receipt of reports from staff, the Sheriff requested an outside agency to conduct that investigation which has been completed,” deputies said.

Investigators said they obtained an arrant warrant on Saturday.

“On September 10, 2022, an arrest warrant was obtained for the arrest of former Correctional Officer Melanie Alicia Martin, age 34, for having sexual relations with inmates at the Modoc County Jail,” deputies said.

Authorities did not detail the precise circumstances behind Martin’s alleged behavior.

“Penal Code 289.6 is the California statute that prohibits certain people from engaging in sexual activity with an inmate,” deputies said. “Those people include correctional officers. An inmate cannot consent to sex if confined in a detention facility.”