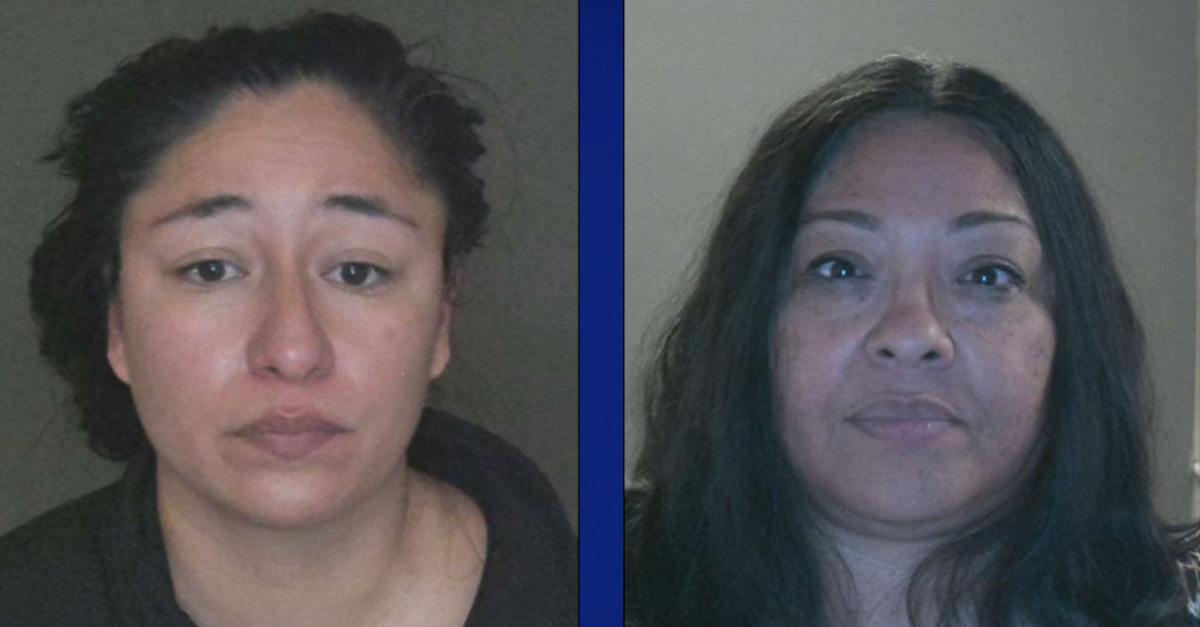 A pair of employees at a California day care were arrested after police say an 8-month-old baby boy in their care sustained a fractured skull. Rudie Megan Maldonado and Felicia Ann Ferra were both taken into custody and charged with one count each of child abuse likely to produce great bodily injury or death and conspiracy to conceal the injury from the child’s mother, the sheriff’s office said.

On Sept. 4, 2021, deputies from the San Bernardino County Sheriff’s Department said they responded to a call from Loma Linda University Medical Center concerning a baby with suspicious and life-threatening injuries. The infant was immediately brought to the Pediatric Intensive Care Unit, and medical personnel believed those injuries to be consistent with physical abuse.

Upon arriving at the hospital, medical personnel told investigators that an 8-month-old infant who had been attending day care at the Kiddie Academy located in the 7200 block of Victoria Park Lane in Rancho Cucamonga had suffered a fractured skull.

Following the multi-month investigation by the department’s Specialized Investigations Division, Crimes Against Children Detail, sheriff’s deputies arrested Maldonado last Wednesday. Ferra turned herself in to authorities the next day.

According to a report from Los Angeles CBS affiliate KCAL-TV, a person “close to the situation” informed the station that the child is still recovering from his injury after several months.

Several parents spoke to KCAL and reportedly told the station that they were not surprised to hear news of children being abused at the Kiddie Academy.

“Many of those same parents have taken their children out of the day care after witnessing questionable acts, including a teacher pulling a little girl around the classroom by her leg,” the report said.

The parent who witnessed the teacher’s conduct reportedly told KCAL that they were afraid to file a report with police because the parent is an undocumented immigrant.

Another parent reportedly told the station that her child “appeared frightened” whenever they were being dropped off at the day care facility. The parent claimed that as many as 25 children would be left in a room completely unsupervised and said that on multiple occasions she saw babies left on the floor without supervision or even blankets and pillows.

The Kiddie Academy Educational Child Care is a franchise with over 250 early learning centers across 30 U.S. states and D.C., per the company’s website. However, in a statement addressing the incident, the company emphasized that the Rancho Cucamonga location is “independently owned and operated.”

Investigators released photographs of the two suspects because they believe Maldanado and Ferra may have abused more children under their care. Authorities asked that anyone who believes their child was a victim of the suspects or who may otherwise have information relevant to the investigation to contact Deputy Roger Alfaro at (909) 387-3615, or place a tip anonymously at 1-800-78CRIME or www.wetip.com.