Maryland Man Murdered His Wife by Hitting Her with SUV ‘Several Times’ Outside Bank: Police 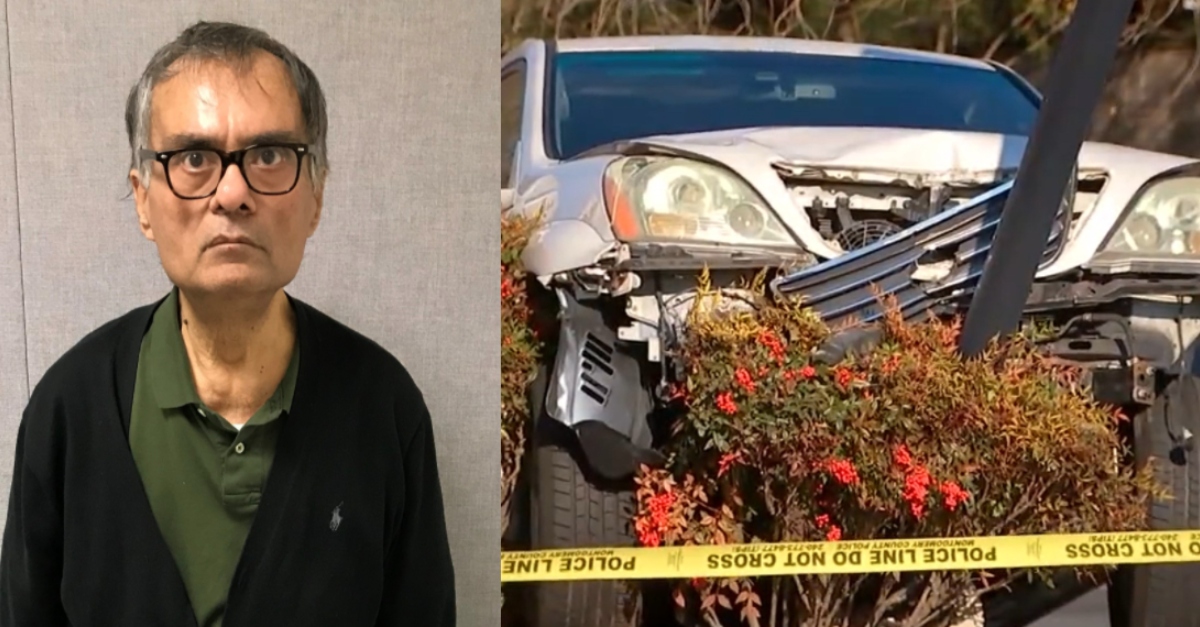 A man struck his wife “several times” with an SUV that he was driving after she stepped out of a local bank, killing her, according to cops in Montgomery County, Maryland. Himanshu Maganlal Tanna, 59, was arrested Friday and charged with murder.

Alka Himanshu Tanna went to a Capitol One in the community of Silver Spring, Md. She left.

“As she attempted to cross the parking lot, a white Lexus SUV, driven by her husband, 59-year-old Himanshu Maganlal Tanna of Silver Spring, accelerated and struck his wife several times with his vehicle,” officers wrote in a press statement. “The suspect then collided with a lamp post, disabling the SUV.”

This was no accident, cops said.

“As she was leaving the bank, the husband was driving the white SUV,” police spokesperson Shiera Goff told NBC Washington. “He drove toward her and intentionally struck her.”

She said the couple went to the bank in separate vehicles.

Harriet McCombs told the TV station that she was in the bank when she heard a loud bang.

“One of the bank employees called 911 and tried to describe what was happening,” she said.

Police were called at about 11:45 a.m. Alka Tanna was pronounced dead. Cops said they took her husband into custody without incident, and he gave them a statement at police headquarters. Officers did not release what he allegedly said.

DOMESTIC HOMICIDE: @mcpnews say a husband ran over his wife – killing her. This deadly incident is unfolding outside the Capital One Bank on New Hampshire Avenue in Silver Spring.

Cops are still investigating the motive, but they say defendant Tanna is cooperating. Officers said they locked him up at the Central Processing Unit without bond. He faces a count of first-degree murder. Record do not name an attorney for him.

“It’s tragic to know that the situation got to that point,” Goff said of the alleged murder.