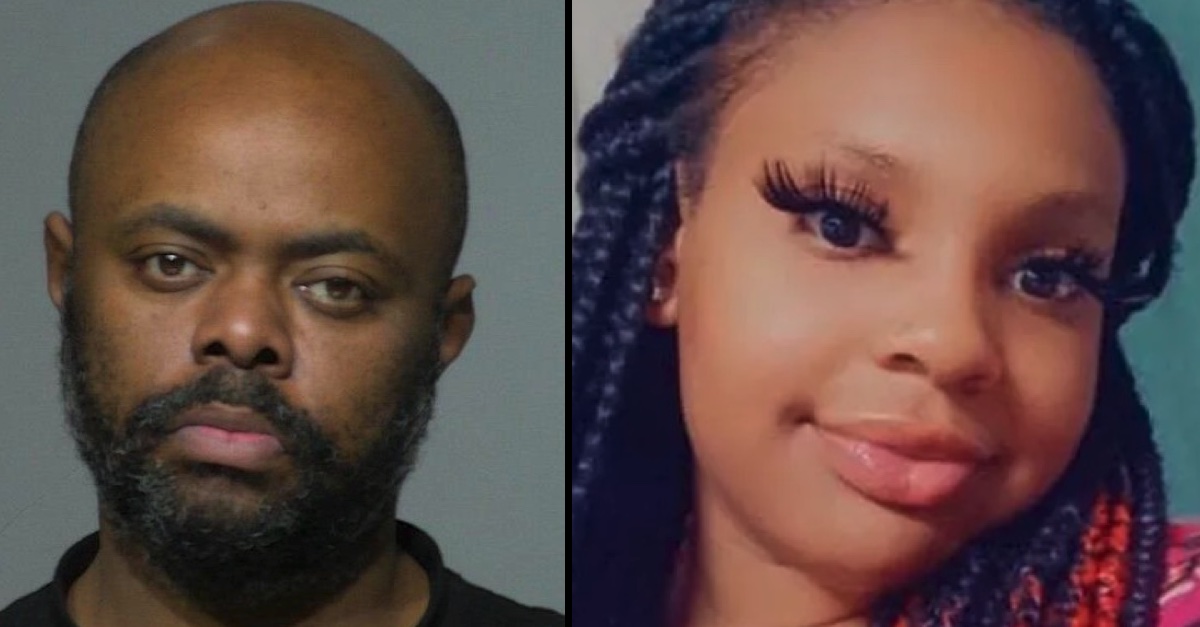 A Milwaukee man has been charged with murder in the shooting death of his daughter’s best friend after an alleged staged robbery took a fatal turn.

Antoine Edwards, 41, faces multiple charges in the death of Niesha Harris-Brazell, 16, who was shot and killed while working at a Burger King on Jan. 2. Edwards was not the man who pulled the trigger, but prosecutors say that he put her in harm’s way by involving the teenager in a plan to stage a robbery.

Harris-Brazell was killed in the crossfire when a store employee unfamiliar with the scheme tried to ward off Edwards, authorities say.

Edwards is charged with felony murder, contributing to the delinquency of a minor, and possession of a firearm by a convicted felon, court records show.

According to the criminal complaint, Edwards’ daughter told police that she, Harris-Brazell, and Edwards concocted a plan to rob the Burger King restaurant where the girls worked.

Edwards’ daughter told police that she, her dad, and her best friend—Harris-Brazell—planned to stage a robbery while the two teenage girls were on the clock, local NBC affiliate WRAL reported.

“She said a few days before the incident, she, (Niesha), and the defendant planned for the defendant to come to the drive-thru window and stage a robbery at closing time when the register was likely to have lots of money,” the criminal complaint said, according WRAL.

According to the criminal complaint, Edwards pulled up to the Burger King drive-thru window shortly after closing, WRAL reported. The first time, another employee came to the window, so Edwards left and got on the phone with his daughter, WRAL said.

Edwards’ daughter allegedly told police that Harris-Brazell “was with her during this call, and she told [Harris-Brazell] that her father would be coming back around to the window,” the complaint said, according to WRAL.

Harris-Brazell was at the window when Edwards returned, and employees reportedly heard her yell “he’s got a gun!” WRAL reported.

Another employee, Derrick Ellis, who was unaware of the plan, apparently fired several rounds toward the drive-thru when Edwards reached through with a gun, WRAL reported. Harris-Brazell was killed while standing in the line of fire, the WRAL story said.

Prosecutors say that Edwards never fired his gun, according to WRAL.

That employee then met with the restaurant manager, who opened a safe in the office, WITI reported. The male employee then “put white objects” inside the safe, the report says.

The complaint says that the store manager identified Ellis as the shooter, WITI reported. The manager told police that Ellis carries a gun while at work, and had it that day before the shooting. The manager said that Ellis asked her to hide the gun in the safe “because he was a felon and could not possess it,” the WITI story says.

According to prosecutors, Edwards fled after the shooting, and when he was arrested, he admitted to prosecutors that he and Harris-Brazell came up with the plan, but he left his daughter out of it, according to WRAL.

Edwards appeared in court on Sunday, according to local CBS affiliate WDJT.

“[This is] serious because a child lost their life,” Judge Barry Philips said, according to WDJT. “Sad because a grown up allegedly involved his child and another child in a robbery attempt.”

Philips also said the situation is “[u]nfortunate because if they complaint is to be believed by the surviving members of this conspiracy, then the alleged victim is also involved.”

WRAL reported that police are still looking for Ellis.

Edwards is being held in custody on more than $100,000 bond, according to Milwaukee sheriff’s office records. He is scheduled for a preliminary hearing on Jan. 26.

If convicted, Edwards could face up to 30 years in prison.

Felony murder, the same statute charged against Ahmaud Arbery’s convicted killers, has come under increasing criticism by criminal justice reform advocates because it does not require an intent to kill in order to convict.