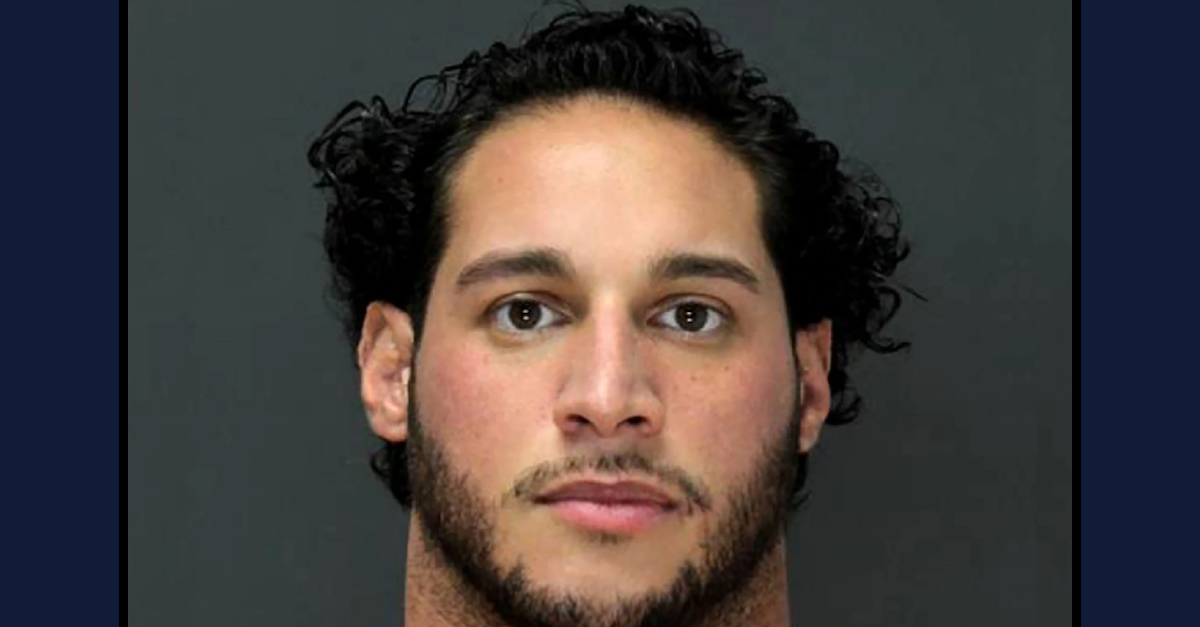 A Brooklyn bodybuilder is under arrest for allegedly shooting and injuring his wealthy parents on Long Island on Christmas Day.

According to the Nassau County Police Department, officers were called to a house on Seawane Drive in Hewlett Harbor for a “disturbance” at 10:08 a.m. on Dec. 25. Upon arrival, officers found a 64-year-old woman shot in the head and a 65-year-old male shot in the back.

“Both victims were conscious and alert and were transported in a Nassau County Police Ambulance to a local hospital for treatment,” the department said. “A subsequent investigation led NCPD Squad detectives to Mahwah, New Jersey and placed a 29-year-old male into police custody for the shooting that occurred inside the Seawane residence.”

The suspect was later identified as Dino Tomassetti, 29, of Maspeth Avenue in Brooklyn, N.Y.

News 12 Long Island, WNBC-TV in New York City, and several other publications reported that police were still trying to ascertain a possible motive.

The New York Daily News reported that the victims were Rocco Tomassetti, 65, and Vincenza Tomassetti, 64. The newspaper said the son — who is now a suspect in the shootings – fled his parents’ $3.2 million mansion in a Cadillac before officers caught him using GPS technology after 2:00 p.m. on Saturday. 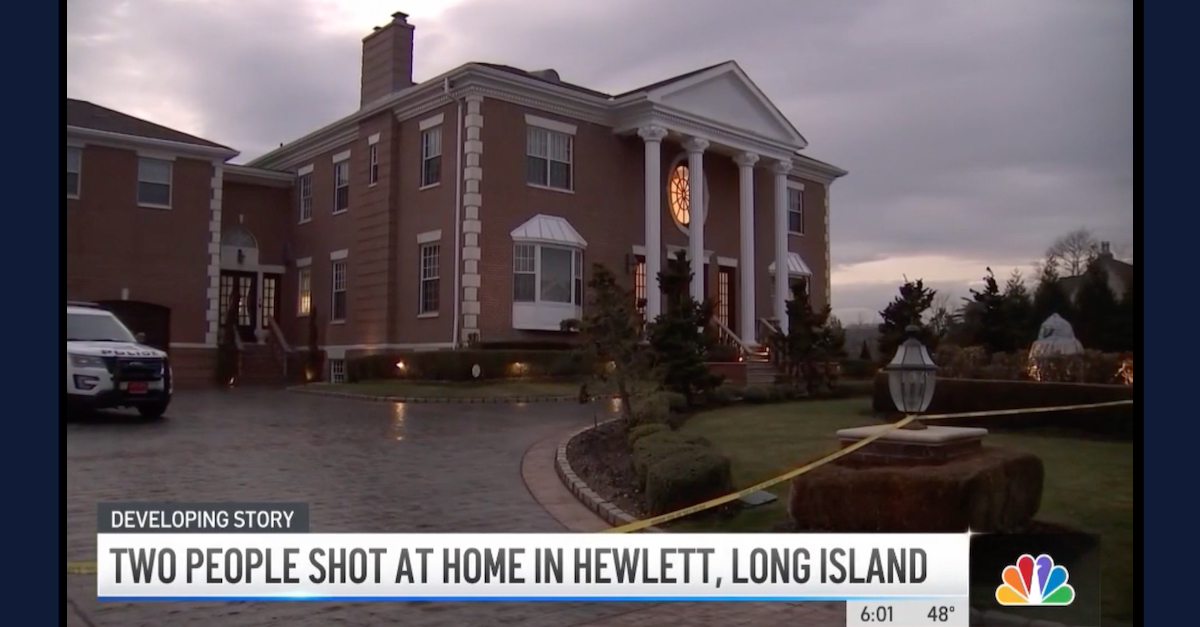 The exterior of the Tomasetti mansion appears in a WNBC-TV screengrab.

New York State troopers followed the suspect from the New York State Thruway to Route 17 southbound. Authorities with the Mahwah Police Department “shut down the highway” and stopped the suspect near Ramapo Valley Road, according to the Daily Voice.

Shortly after 2 p.m. Saturday, New York State Police troopers requested assistance from Mahwah police as they followed the vehicle from the New York Thruway to southbound Route 17. Police shut down the highway and the vehicle stopped near Ramapo Valley Road, the Daily Voice said.  The suspect “was taken into custody without incident,” the publication reported, citing law enforcement sources.

The since-charged Tomassetti “boasted online he can bench press more than 550 pounds and dead-lift more than 700,” the Daily News noted.

The newspaper said the family descended from construction tycoon Dino Tomassetti Sr., whose projects included both the Goldman Sachs and the Bank of America headquarters buildings.

Vincenza Tomassetti once spoke to The Mirror about steps she took to keep her husband by her side.

“He has to entertain all the time, and the people we are out with make judgments about him based on me,” Vincenza said at the time.

“There’s always the next younger model out there,” she continued. “My husband’s successful, he works in Manhattan and he’s exposed to a lot of beautiful women. I used to be more trusting but it’s harder as you get older.”

Vincenza also said she “always” had a say in who was hired at her husband’s “multi-million dollar company,” Empire Transit Mix, and that she would “never let him take on a young girl,” The Mirror continued.

“Why put something under somebody’s nose?” she quipped.

Various acquaintances of the defendant, when reached by the Daily News and by Oxygen, spoke positively of the since-charged son and seemed to concur that he did not seem to be the type to be disposed to violence.

According to Bergen County, N.J. jail records obtained by Law&Crime, the 5′ 9″, 235-pound defendant is being held without bail as a fugitive from justice in New York State. The Daily Voice said Rocco Tomassetti was more seriously wounded than his wife was and that the Nassau County District Attorney’s Office was waiting for additional medical information before filing specific charges. No case against Tomassetti yet appears on an electronic court docket in Nassau County, N.Y.