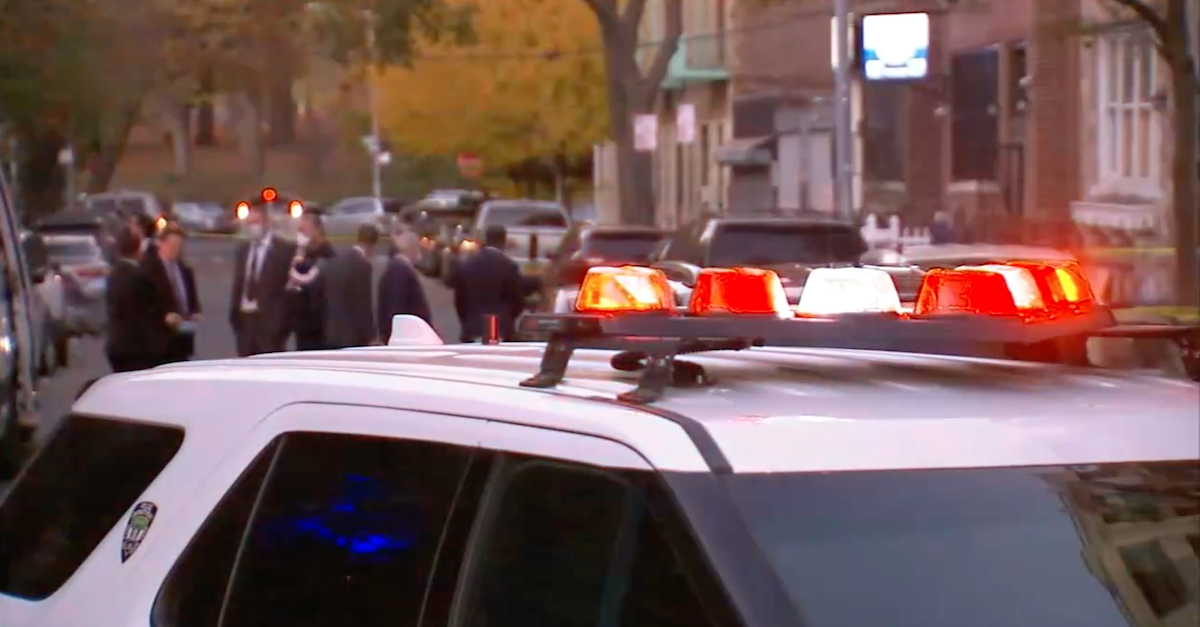 The New York Police Department has promised a $10,000 reward for credible information about the deaths of two newborn babies whose bodies turned up in the Bronx at about 1:45 p.m. on November 9, 2020. The department referred to the deaths as homicides in a series of recent tweets and at a press conference Thursday carried by multiple New York City television stations and newspapers.

A building superintendent found the first body, called 911, and then found the second body, O’Toole said. “He was pretty shaken up by what he found.”

One of the bodies was on a side patio; the other was on a back patio at 1460 College Avenue.

Some reports have indicated the infants’ naked bodies were wrapped in brown paper. O’Toole said one of the bodies was inside a black bag and was surrounded by tissues and a shower loofah “in the neck area;” the other was apparently not.

The infants had been dead for less than twelve hours when their bodies were found.

On November 9, 2020, two newborn baby boys were found in an alleyway behind a Bronx apartment building. This case has officially been ruled a Homicide. A reward of up to $10,000 is being offered. If you or anyone you know has information please call @nypdtips at 800-577-8477. pic.twitter.com/aLdZ6rNrze

Original theories that the babies died from a fall or perhaps had been strangled by their own umbilical cords have since been ruled out, O’Toole said.

As @NYPDDetectives continue to work tirelessly to bring the criminal responsible for this double homicide in the #Bronx to justice, they need the public’s help. There’s now a $10K reward.

The medical examiner’s report said the infants had been born full term and weighed five to six pounds each.

Surveillance video “revealed no suspicious activity,” O’Toole said, “and a search of the garbage turned up nothing.”

Investigators are reportedly using DNA from the boys’ bodies in an attempt to locate relatives, but that won’t necessarily lead them to the alleged killer. That’s why they’re leafletting the area with posters seeking additional tips.

“What we’re looking for is the public’s help,” said O’Toole, the commanding officer of the Bronx homicide unit. “We did a pretty exhausting investigation so far but there’s not much that goes on in this city that someone doesn’t know about.”

“The investigation now is a scientific investigation, where we turn to fingerprints and DNA to be analyzed in the lab,” said Detective Brianna Constantino. “And while that takes time, we’re looking for the help of the public.  If somebody knows anything, you can remain anonymous, you can call and you can give a tip.”

“People gave us their fingerprints, gave us their DNA, so . . . I think it’s kind of shocking to anybody to have two full term babies thrown in the garbage in the rear of a building,” O’Toole added.  He then speculated that the infants’ mother — who remains “a person of interest” — may have suffered from domestic abuse and may have not been the killer:  “we would love to speak to the mother and help her, obviously, if she is in a desperate situation.”

People who live in the building where the bodies turned up have been cooperative but have not been able to provide solid leads.

“Cops talked to every resident in the 42 apartments in the College Ave. building, as well as those in neighboring buildings,” the New York Daily News reported. “None recalled a pregnant woman living in or visiting the building.” 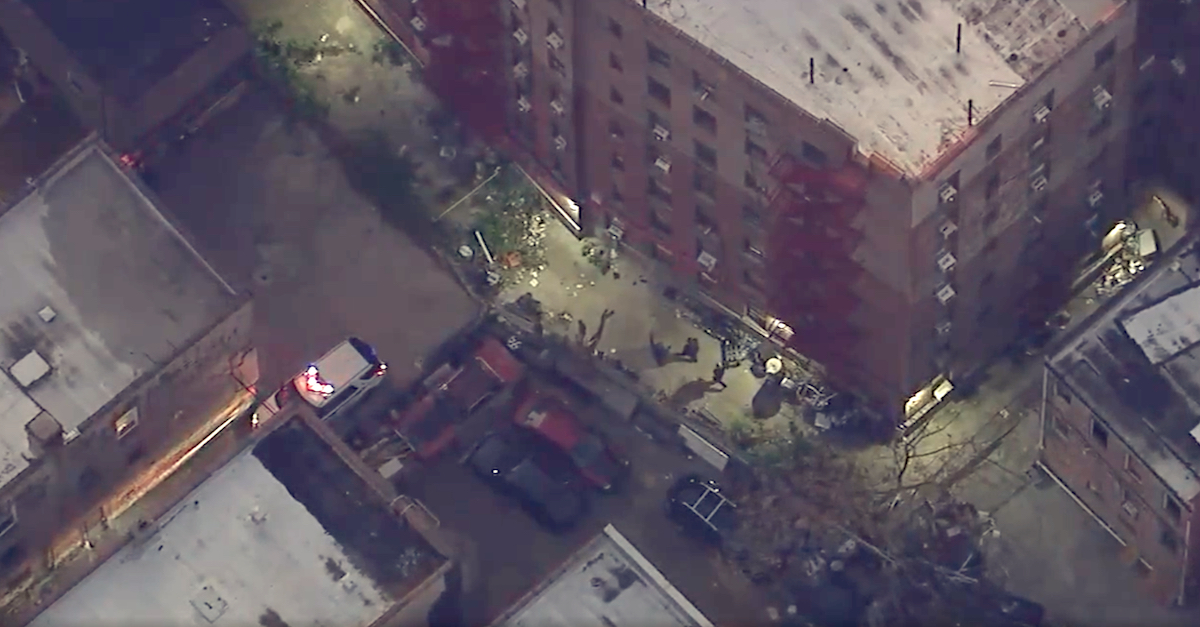 An aerial view shows the scene where the boys’ bodies were apparently found.

Police are now theorizing that someone threw the infants over a fence into the patio area or perhaps dropped their bodies from a fire escape from a next door building. They have ruled out the notion that the infants came from a homeless shelter in the area. Several women at the shelter were pregnant; however, they were still pregnant after the boys’ bodies were found.

Watch the news conference below via WPIX-TV.

[images via screen captures from WABC-TV]