‘Barbaric’: Alleged ‘Serial Killer’ Caught on Camera Taking One of Her Victim’s Legs Into a 99 Cent Store Before She Was Captured 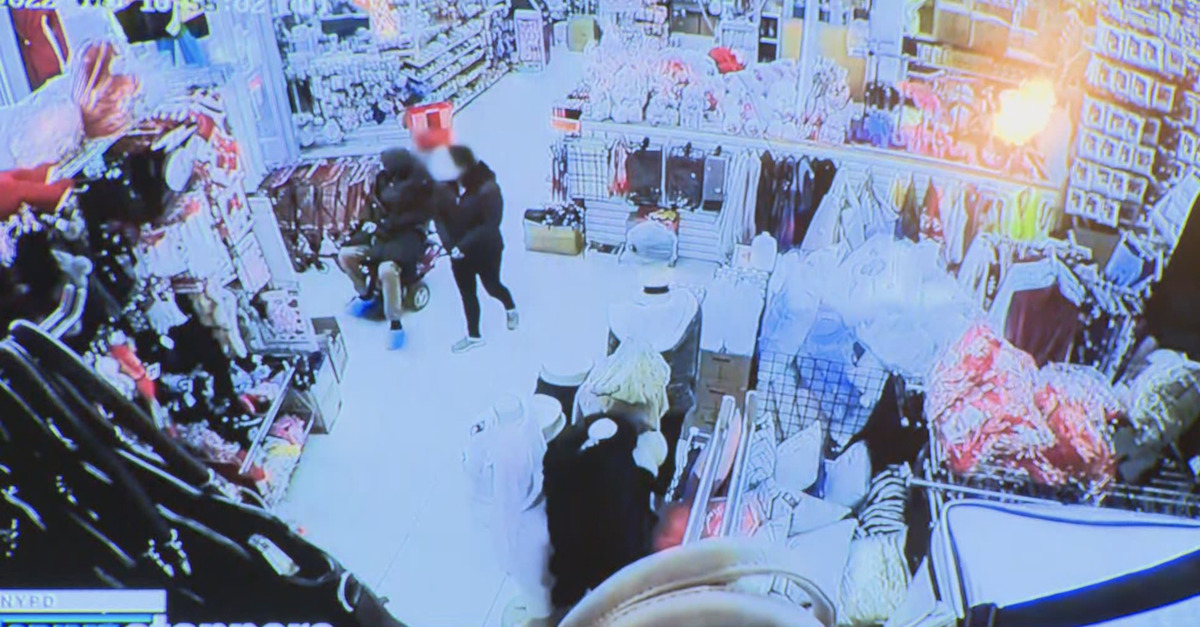 A woman in New York City accused of murder allegedly brought her victim’s dismembered leg into a store before getting rid of it.

Harvey Marcelin, 83, who also goes by “Marceline Harvey,” stands accused of murder in the second degree over the brutal murder of 68-year-old Susan Leyden, an LGBTQ activist who lived in her apartment building in Brooklyn’s Cypress Hills neighborhood.

The defendant was indicted earlier this week after originally being arrested on charges of concealing a human corpse.

“Last week my Office charged Harvey Marcelin with allegedly concealing the severed head of a woman in her home and discarding the victim’s torso in a bag on the street,” Brooklyn District Attorney Eric Gonzalez said on Thursday, March 10, 2022. “Today, the grand jury indicted Harvey Marcelin for murder, and my office is committed to vigorously seeking justice. The facts of this horrific case are gruesome and unsettling and my heart is with the victim’s family and friends.”

Since the indictment was issued and announced, authorities in the Big Apple have shared additional details about the investigation that began after body parts started showing up in the area. First, a torso was discovered inside a large bag in a shopping cart near the corner of Pennsylvania Avenue and Atlantic Avenue on March 3, 2022. Four days later, and just a few blocks away, a human leg cut off at the knee was found secreted away in a tire.

Police were initially mum about whether the incidents were connected. But that doubt was all-but extinguished after a search warrant was executed at Marcelin’s apartment that turned up a human head.

During a Friday press conference, NYPD Chief James Essig shared video that allegedly shows the victim’s leg being taken into a store. Police also say they obtained surveillance footage that shows Leyden walking into her apartment complex on Feb. 27, 2022 while pushing the exact same shopping cart her torso was hidden in.

“Based on her history, she’s capable of a lot of evil things,” the police chief mused of Marcelin, calling the murder “gruesome and barbaric.”

In the footage, which is not dated, police said Marcelin can be seen sitting in a wheelchair in a 99 cent store on top of what they said was the victim’s leg.

According to the NYPD, two days after Leyden was killed, the defendant and another woman went to a Home Depot in Manhattan where they bought trash bags, a saw, and cleaning supplies. The second woman is said to be cooperating with the investigation and has not been charged, police say.

According to Essig, the deceased woman and her alleged killer knew each other for roughly two years — since Marcelin was released on lifetime parole in 2019. A motive, however, is unknown at present, police said.

The suspect reportedly has five previous arrests including assault and rape and has been convicted of two forms of homicide: murder and manslaughter. Essig said that in a 1985 case, where Marcelin pleaded guilty to manslaughter, the victim’s body was “cut up to pieces.” Her parole was based off of that 1986 conviction.

“[This] takes a serial killer off our streets,” Essig said in comments noted by local CW affiliate WPIX. “We can only hope that she can do no more [harm].”

The defendant is said by the authorities to be cooperating with the investigation.