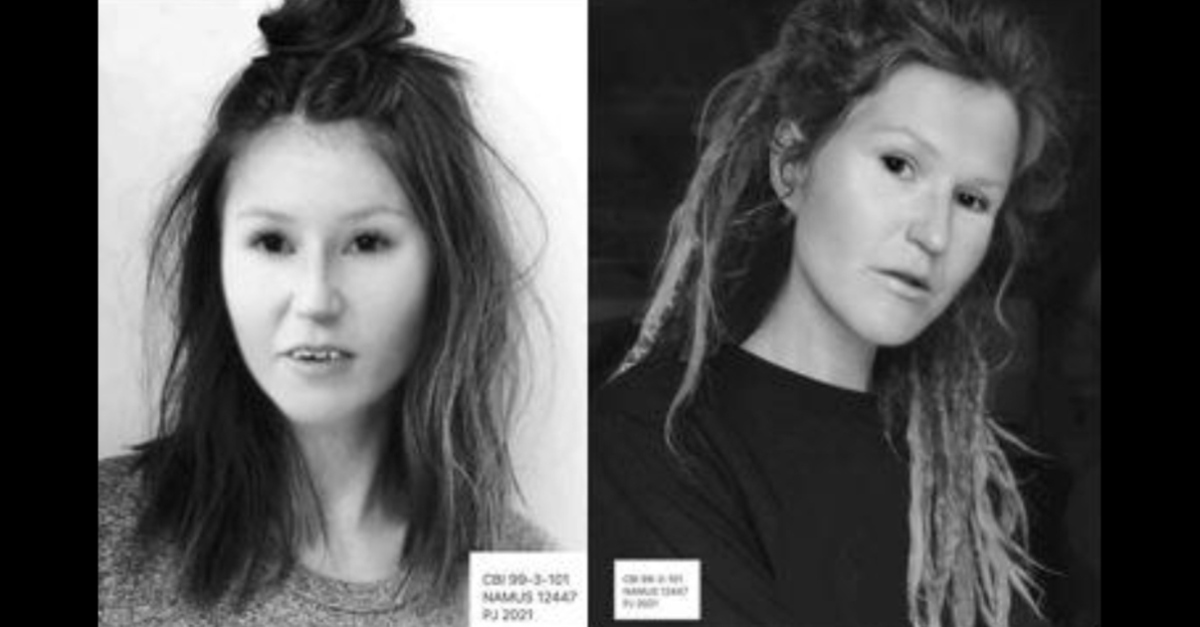 More than 22 years ago, a woman’s skeletal remains were found in Huerfano County, Colorado. Authorities did not know who she was, but they suggested she died due to some sort of “foul play.” Now, investigators are renewing their efforts to identify the woman known only as “Jane Doe.”  The Colorado Bureau of Investigation (CBI) on Wednesday released new digital reconstruction images in the two-decade-old search for answers.

The woman’s body was found approximately west of I-25 on Red Rocks Road near Walsenburg in unincorporated Huerfano County, Colorado, on Aug. 10, 1999, according to the CBI. A forensic artist had made new digital reconstruction images of her in an attempt to help determine her identity.

Authorities are not quite sure about her race but suggested she may be white, part Native American, or Hispanic.

“She had shoulder length dark brown to black hair that may have been styled in dreadlocks,” they continued.

Authorities released no indication on who she might have been in life, except for her physical description or what clothes she had on her.

Authorities also noted she had extensive dental work. They released a reconstruction of her teeth, saying it would have been a prominent facial feature.

Close up of teeth of Jane Doe from Huerfano County, Colo.

“Investigators believe foul play was involved in her death,” they said.

[Images via the CBI]