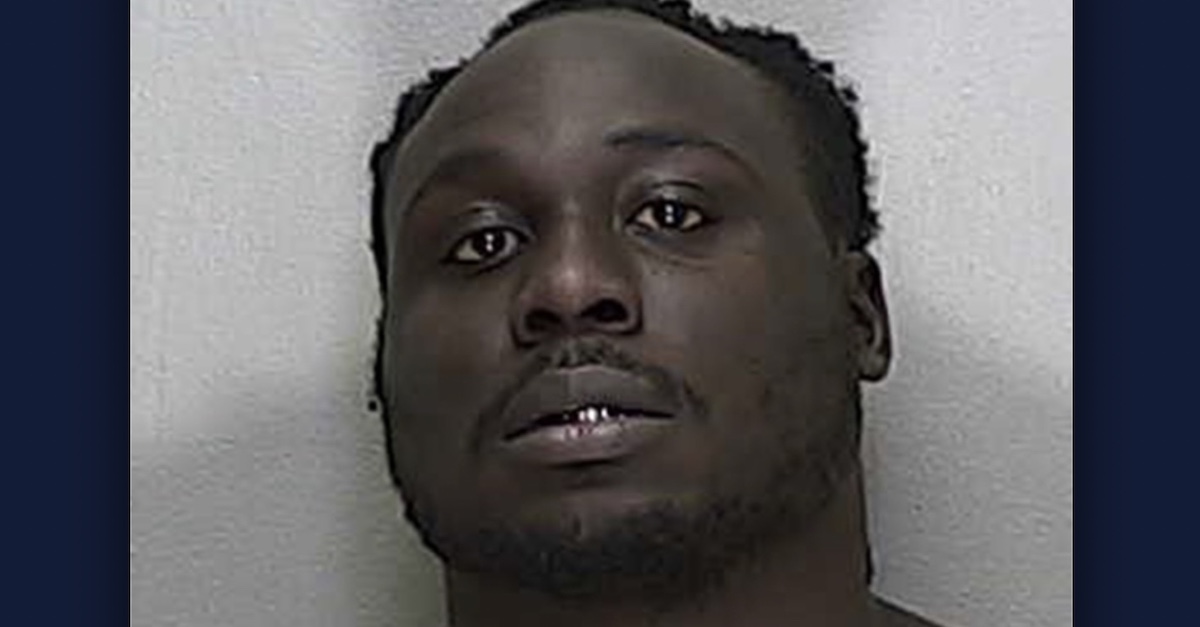 A 31-year-old movie theater security guard in Central Florida was arrested after he allegedly promised to look after a teenage girl who did not have a ride home, only to lead her into an empty theater and sexually assault her. Augusta J. Williams was taken into custody on Tuesday evening and charged with one count of armed sexual battery on a victim less than 18 years old, authorities announced.

According to a press release from the Ocala Police Department, the attack took place Saturday night at the Regal Hollywood 16 movie theater located in the 2800 block of SW 27th Avenue. The victim, an unidentified 15-year-old girl, told police that her mother dropped her off at the Regal Hollywood that evening where she met up with several friends to see a film.

After the movie ended, the grandfather of one of the friends came to the theater to pick up the girls, but police say that he “refused to offer the victim a ride home.” The victim then made several attempts to call her mother for a ride, but was unable to get in touch with the woman. That’s when Williams stepped in and allegedly “informed the grandfather that he would watch over the victim until she could get a ride home,” police wrote.

In an interview with investigators, the victim explained that she did not want to have sex with Williams, but said she was “fearful because Williams was armed with a gun.”

Despite the victim telling him to stop, Williams allegedly continued to assault the girl. When he eventually did stop, the victim said Williams “threatened her not to tell anyone.”

Following the alleged assault, the victim and Williams exited the theater and found the victim’s mother there to pick her up. Police said that the mother’s phone was “not working properly,” but she came to the theater unprompted because she was “concerned for her daughter when she did not come home when expected.”

The following day, the victim told her mother about the alleged sexual assault and they reported the attack to police.

Investigators say they contacted management at the movie theater and retrieved surveillance video from the night of the alleged incident. The footage allegedly showed Williams and the victim walking together through the halls of the movie theater then entering an empty theater where they stayed for approximately 20 minutes before they were shown exiting.

Detectives then interviewed Williams regarding what happened between him and the victim. He allegedly told police that he was with the girl that evening and he “assisted the victim in looking for her lost cell phone.” However, police noted that the theater Williams brought the victim into was not the same theater where she and her friends saw a movie.

An OPD evidence officer used an ultraviolet light instrument to search the area where the victim said the assault took place. The officer allegedly found several “areas that exhibited a glow, indicating a possible positive response for evidence.”

Based on the evidence collected at the scene and the contradictory nature of the stories told by Williams and the victim, police said there was probable cause for an arrest. Jail records show that Williams is currently being held in Marion County Jail on $50,000 bond. He is scheduled to appear before a judge at 9 a.m. on Feb. 21.

“Heinous crimes like this can cause victims to feel paralyzed and overwhelmed, leaving them struggling to take action,” the department said in a statement. “We commend the victim for her strength and courage to come forward to law enforcement and seek justice. We applaud all our officers and staff for their hard work and efforts to make our community safe.”