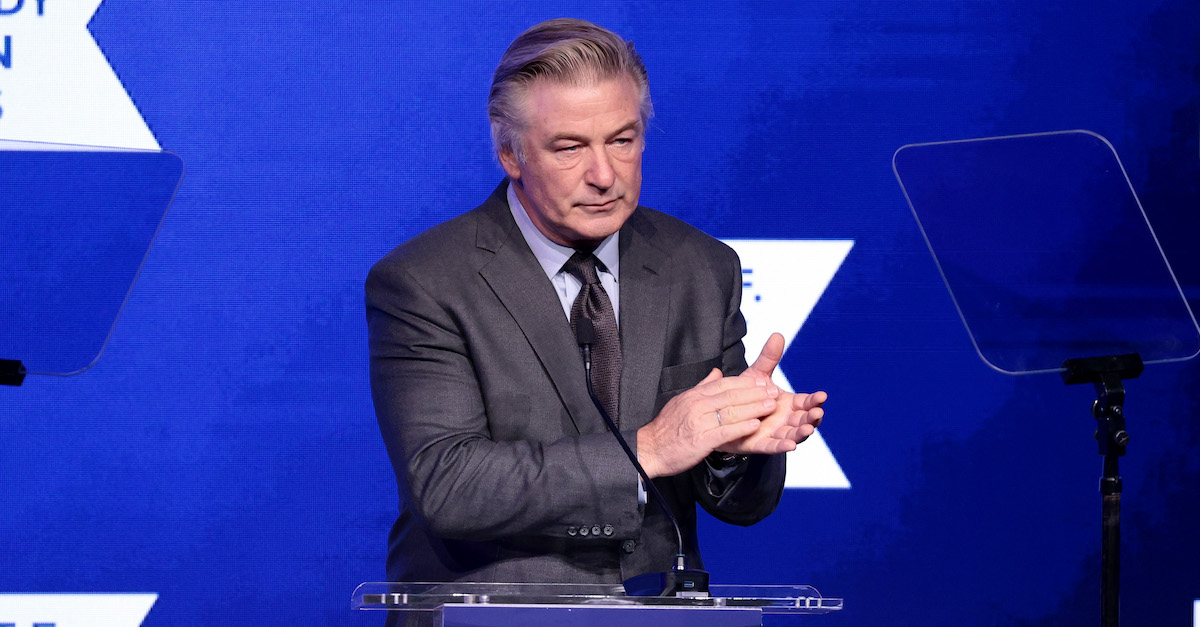 Actor Alec Baldwin will face involuntary manslaughter charges over the deadly shooting that killed a cinematographer on the set of the Western movie “Rust” on Oct. 21, 2021, authorities announced on Thursday.

So will armorer Hannah Gutierrez-Reed. Both Baldwin and Reed face two counts related of that fourth-degree felony, which prosecutors say carries a possible 18-month sentence and a $5,000 fine under New Mexico law.

The film’s assistant director David Halls signed a plea agreement for a different charge: negligent use of a deadly weapon. The deal calls for Hall to serve a suspended sentence and six months of probation.

Santa Fe District Attorney Mary Carmack-Altwies said in a written statement that her review of the facts and the law found sufficient evidence to proceed with the charges.

“On my watch, no one is above the law, and everyone deserves justice,” Carmack-Altwies added.

The special prosecutor appointed to investigate the case, Andrea Reeb, added that “Hutchins would be alive today” if not for the actions of Baldwin, Gutierrez-Reed and Halls.

“It’s that simple,” Reeb added. “The evidence clearly shows a pattern of criminal disregard for safety on the ‘Rust’ film set. In New Mexico, there is no room for film sets that don’t take our state’s commitment to gun safety and public safety seriously.”

Cinematographer Halyna Hutchins died after a gun Baldwin handled fired a bullet during a rehearsal. The same projectile also wounded director Joel Souza. Prosecutors will not file charges in relation to Souza’s shooting.

“Mr. Baldwin had no reason to believe there was a live bullet in the gun — or anywhere on the movie set,” Nikas said. “He relied on the professionals with whom he worked, who assured him the gun did not have live rounds. We will fight these charges, and we will win.”

“Hannah is, and has always been, very emotional and sad about this tragic accident,” the statement says. “But she did not commit involuntary manslaughter. These charges are the result of a very flawed investigation, and an inaccurate understanding of the full facts. We intend to bring the full truth to light and believe Hannah will be exonerated of wrongdoing by a jury.”

“We want to thank the Santa Fe Sheriff and the District Attorney for concluding their thorough investigation and determining that charges for involuntary manslaughter are warranted for the killing of Halyna Hutchins with conscious disregard for human life,” the family said. “Our independent investigation also supports charges are warranted. It is a comfort to the family that, in New Mexico, no one is above the law. We support the charges, will fully cooperate with this prosecution, and fervently hope the justice system works to protect the public and hold accountable those who break the law.”

“Without Due Caution and Circumspection”

In an interview with ABC News in December 2021, Baldwin denied having pulled the trigger.

“I would never point a gun at anyone and pull a trigger at them,” Baldwin insisted to interview George Stephanopoulos. “Never, never. That was the training that I had. You don’t point a gun at me and pull the trigger. On day one of my instruction in this business, people said to me, ‘Never take a gun and go click, click, click, click, click.’ Because even though it’s incremental, you damage the firing pin on the gun if you do that. Don’t do that.”

The FBI later contradicted that assertion and determined that the gun could not have been fired without pulling the trigger.

“The case will almost certainly come down to the disputed question over whether or not he pulled the trigger,” said Epner, a partner at Rottenberg Lipman Rich PC. “Under New Mexico law, involuntary manslaughter includes the commission of a lawful act ‘without due caution and circumspection‘ that causes the death of a person.”

Should a fact-finder determine that Baldwin did pull the trigger, Epner added, “that would seem to be the definition of acting without due caution and circumspection.”

Nearly a year after the ABC interview, Baldwin sued four crew members in a lawsuit that he hoped would “clear his name.” That lawsuit named Gutierrez-Reed, Halls, weapons and rounds supplier Seth Kenney along with his defunct company, PDQ Arm and Prop, and property master Sarah Zachry as defendants.

Other lawsuits sparked by the incident featured Baldwin as the defendant.

In November, a California judge declined to dismiss one of the lawsuits against Baldwin, filed by script supervisor Mamie Mitchell. The scathing opinion found that the allegations, if proven true, would establish “extreme and outrageous conduct” and “reckless disregard” by Baldwin.

In February 2022, the family of the slain Hutchins also sued Baldwin and dozens of other people and entities over her “wrongful death.”

Their report found, starkly, that “an avoidable loss of life occurred.”

“Our investigation found that this tragic incident never would have happened if Rust Movie Productions, LLC had followed national film industry standards for firearm safety,” Environment Cabinet Secretary James Kenney declared in April 2022. “This is a complete failure of the employer to follow recognized national protocols that keep employees safe.”