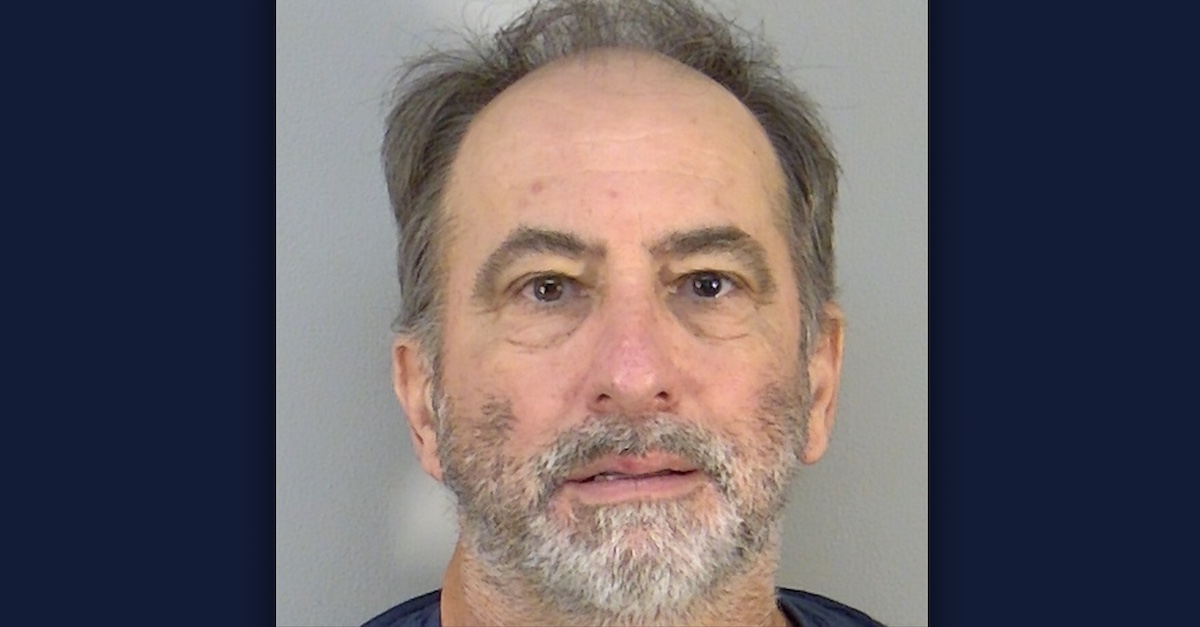 A 56-year-old former police chief in Florida already accused of raping a 14-year-old girl at gunpoint was arrested again last week for allegedly continuing to stalk the now-16-year-old victim. William Ray Pruitt, who served as the chief of the Center Hill Police Department from 1998 to 1999, was taken into custody in Lake County on Friday and charged with one count of felony aggravated stalking and one count of misdemeanor simple stalking, court records reviewed by Law&Crime show.

Pruitt, who now owns Pruitt Water in Leesburg, was arrested in December in Sumter County and charged with two counts of sexual battery of a victim over age 12 but under age 18. In that case, authorities say he twice lured the victim into his truck, held a gun to her, and sexually assaulted her. The victim told investigators that she denied the encounters until the end of 2022 out of fear of Pruitt, who threatened to kill himself and promised to “blow her brains out” if she ever told anyone, police wrote in the arrest report.

According to a sworn affidavit of probable cause from the Lake County Sheriff’s Office obtained by Law&Crime, the alleged stalking began in October 2021, when the victim was 15 years old, and continued into December 2022, when she was 16.

The victim contacted LCSO on Dec. 1, 2022, to report an incident which she said was “part of an ongoing pattern of stalking” from Pruitt. Investigators spoke with the victim’s mother, who explained that she first met Pruitt in March 2020, but said that she later “began to suspect Pruitt was grooming [the victim] and possibly having an inappropriate relationship with her.”

The victim told investigators that she had denied the allegations for over a year “due to fear, threats, and harassment made by Pruitt in 2021,” per the document.

“For example, Pruitt threatened to kill himself,” the affidavit states. “Pruitt told [the victim] due to the fact he was an ‘ex-cop’ he had detective friends who hacked her phone and tracked all her activity for him.”

Additionally, an affidavit from Sumter County says that after sexually battering the victim in his truck when she was 14, Pruitt took out his handgun and threatened to “blow her brains out” if she ever told anyone.

Due to her suspicions about Pruitt, the victim’s mother left her job and moved to an undisclosed location. But soon after, a private investigator showed up, whom she believed was hired by Pruitt. Pruitt also allegedly starting driving by the victim’s new residence.

The situation became particularly creepy when Pruitt allegedly began leaving cryptic messages around the neighborhood referencing his and the victim’s theoretical unborn child.

“On 5/27/22 a homemade sign appeared zip tied to the stop sign at the intersection of [redacted]. The sign was printed on one side with ‘Ray Liberty’ and on the other with ‘Libby,'” the affidavit states. “[Redacted] believes it was placed there by Pruitt to stalk and harass [the victim] since ‘Libby’ is Pruitt’s mother’s name and Pruitt told [the victim] if he got her pregnant (as a result of the sexual battery) he will name their daughter ‘Liberty Ray’ (with ‘Ray’ being his middle name) and call the child ‘Libby’ after his mother.”

Later, one of Pruitt’s employees allegedly allegedly approached the victim at a high school football game and asked her, “How’s Libby?” The victim told investigators she believed the employee was sent by Pruitt to “harass her by asking about their hypothetical child.”

Pruitt’s alleged conduct escalated further in the months that followed, culminating in an August incident where he allegedly tried to ram the victim off the road.

“On 8/22/22 [the victim] was driving alone from Tavares High School when she noticed Pruitt following her. Pruitt pulled up next to her and yelled at her to pull over,” the affidavit states. “[The victim] drove towards her cousin’s apartment at [redacted] (Lake County). During the drive, Pruitt attempted to ‘force’ her vehicle off the road. Upon arriving at her cousin’s apartment, [the victim] ran inside, followed by Pruitt, who stopped outside the building.”

The final straw came in December 2022 when the victim pulled into her high school parking lot and found a sign taped to her car that said “Liberty 3” with a heart.

“[The victim] indicated this is again a reference to the child Pruitt thinks they might have together and proof that Pruitt is the only person who would leave such a message for her,” investigators wrote.

Pruitt currently remains in Lake County Jail. His bond is set at $11,000. He is scheduled to appear for his arraignment at 8 a.m. on Feb. 2.

Read the affidavits below.