Man Who Threatened to ‘Rip Out’ Throat of Kidnapped Woman with File-Sharpened Teeth Now Accused of Raping Child ‘100 or More Times’: Sheriff 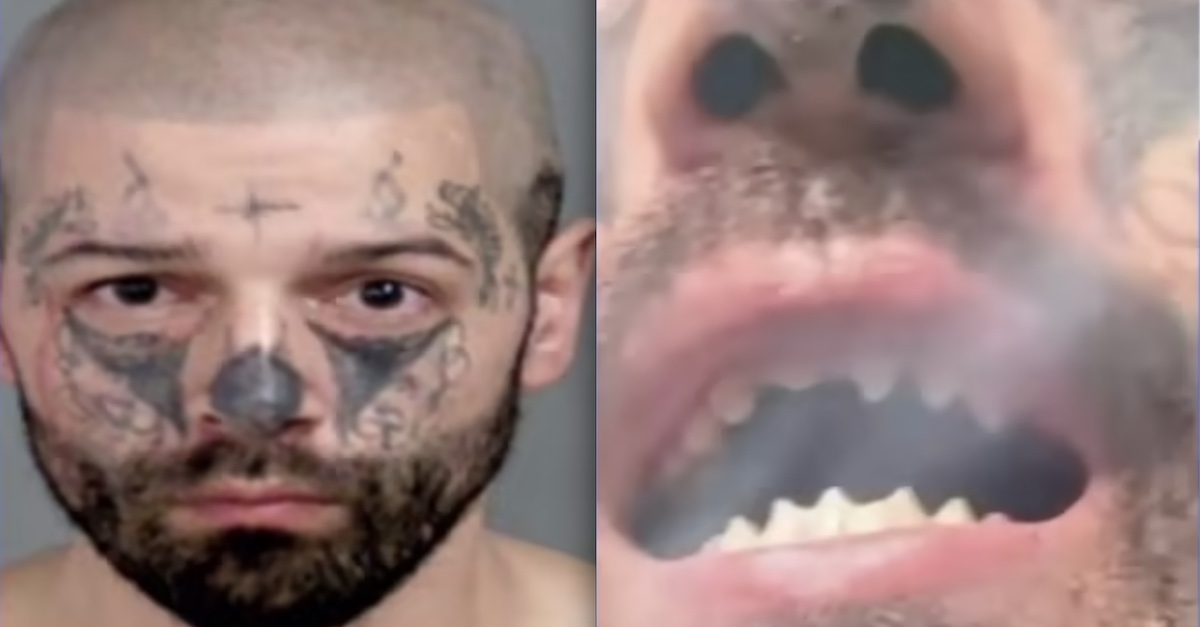 A 36-year-old “serial monster” in Michigan who allegedly threatened to “rip out” the throat of a kidnapped woman with his mouthful of file-sharpened teeth before repeatedly sexually assaulting her is facing additional criminal charges after another victim came forward and alleged that he raped her more than 100 times, beginning when she was only four.

Michael Anthony Barajas – who was already facing a slew of felony charges from his initial arrest last month, including sex trafficking and kidnapping – has been charged with an additional five counts each of first-degree criminal sexual conduct, bribing or intimidating a witness, and felony firearms charges, court records reviewed by Law&Crime show.

‘He’s a Killer’: Florida Man Sentenced for New York City and State Cold Case Rapes and Murder from 2000 and 20005

Genesee County Sheriff Christopher Swanson on Tuesday referred to Barajas as a “serial monster” in providing additional details about the crimes he is alleged to have committed and sought the public’s help in locating additional suspects and identifying additional victims.

“I knew this serial monster was bad, but I had not realized he’s as bad as what I am going to tell you today,” Swanson said at the start of the 18-minute update on the case posted to Facebook.

According to Swanson, Barajas directed the kidnapping of a pregnant and vulnerable 22-year-old victim in late November 2022 by having his accomplices promise her basic comforts such as a hot meal and a shower, which he referred to as their “grooming hook.” The two suspects then brought her to a house on Merriman Street where Barajas was laying in wait.

“He was building out a gang to do these kinds of things called ‘the Masaad Squad.’ He was training different people in his organization to find vulnerable females, to take them to a location, and to use that location as a human trafficking headquarters for people to come in and rape these victims,’” Swanson said.

Swanson said that Barajas even used his filed-down teeth, telling the victim, “I’m going to rip your throat out” if she didn’t do everything he said.

The victim was allegedly held against her will for approximately three weeks inside the home that was “barricaded” with multiple locks on the doors and windows locked shut. She was only rescued after a “medical emergency” required her to go to the hospital where the medical staff realized she needed more than just medical assistance and authorities arrested Barajas and two other suspects.

The notoriety surrounding the case is what led to a second victim on Jan. 3 to come forward with additional allegations against Barajas, with the alleged assaults beginning in 2003 and lasting until 2007, per the sheriff.

“Every week – sometimes four to five times a week – [Barajas] would hold this little girl, and he would do the same things to her. Almost the same type of threats, the same type of intimidation, and the same type of sexual assault,” Swanson said. “It’s stunning that this victim’s statement said that this happened more 100 or more times as a young child.”

Because of the large time gap between the first and second of Barajas’ alleged victims, authorities believe there could be many more.

“He doesn’t stop. He will not stop. That’s why he’s a serial monster,” Swanson said.

Authorities say they are still searching for two other male suspects believed to belong to the group. Swanson said one suspect goes by the name “Lil Rayn” while the other, Cody Lohrer, is a person of interest.

Barajas is currently scheduled to appear for a probable cause hearing in District Court on Jan. 19.

Watch the sheriff’s update below.