Arizona Mother and Stepfather Allegedly Waterboarded Daughter, Set Her on Fire, Sexually Abused Her, Choked Her, and Beat Her With Machete, Crowbar and Hammer 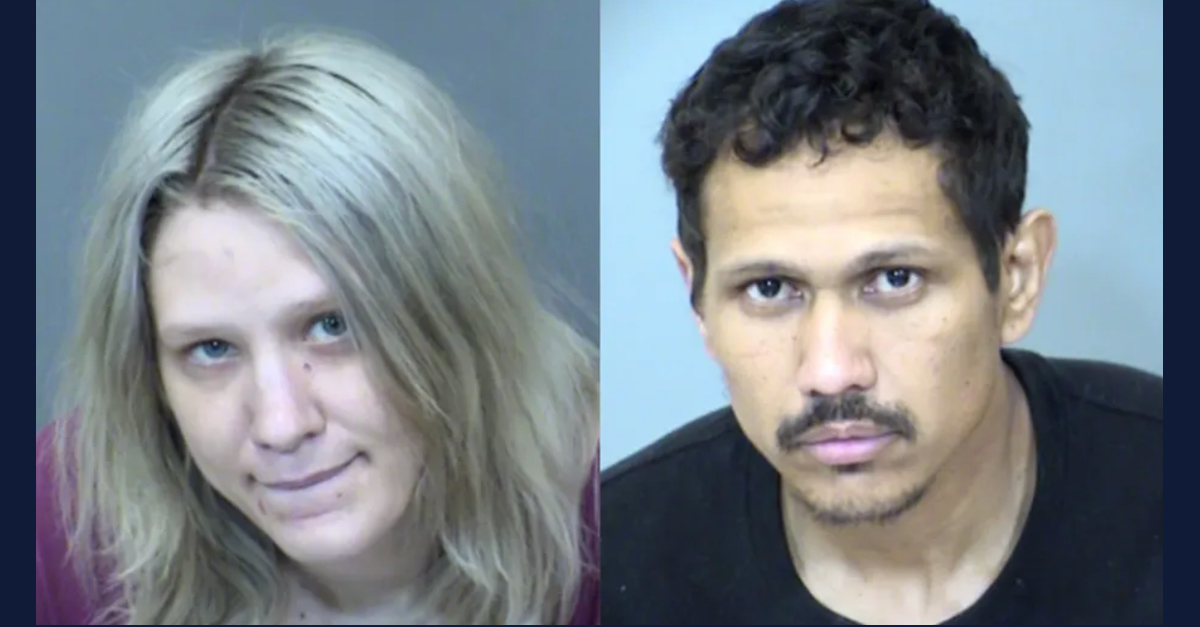 An Arizona woman and her husband have been arrested over extreme allegations of child sexual abuse and torture.

Chloe Sergent, 26, and Keola Wimbish, 39, were arrested earlier this week in Glendale, Ariz., according to court documents obtained by Phoenix TV station KTVK. The mother of the female minor victim and her stepfather each face felony charges of child abuse.

The alleged child abuse in the case is both shocking and brutal. The girl, whose name is not being released, was reportedly taken away from Sergent and Wimbish on Dec. 10, 2021 by child welfare investigators.

In a series of interviews after being taken into state custody, the girl allegedly said Wimbish had waterboarded her by using a bucket, set her on fire by pouring alcohol on her when they were staying with relatives, and sexually abused her. She also reportedly accused him of beating her with numerous weapons and of burning her by using a metal straw.

According to police, the weapons used against the girl included a machete, a crow bar, and a hammer. Wimbish is also reportedly accused of lacerating one of the girl’s fingers, choking her against a door, and forcing the child use her hand to touch him inappropriately.

Medical examiners at the Phoenix Children’s Hospital allegedly said that the girl had several severe injuries when she was treated late last year after being taken away from her mother and stepfather. Those injuries reportedly included 12 broken bones, a laceration on her leg that exposed her shin bone, and numerous abrasions, bruises and possible burns. Medical staff also reportedly said several of the girl’s injuries were infected and had not received sufficient medical attention. The child was also determined to have suffered from chronic malnutrition, the authorities have asserted.

But that’s not nearly the extent of the alleged abuse.

In court documents, police reportedly say the girl told law enforcement that she was instructed by Wimbish and Sergent to lie about who had been abusing her. She also allegedly told the police that her mother broke her nose and burned her leg and that the couple forced her to do drugs from a straw. Additionally, the girl reportedly told police that Wimbish told another child in the home to hit the girl. That other child would go on to allegedly tell the police that he had seen Wimbish and Sergent punch the girl in the face.

The apparent effects of those alleged efforts to force the girl into subterfuge about her abuse were apparently borne out over the course of two forensic interviews. During the first interview, the victim attributed some of the abusive behavior to one of her uncles. He denied any wrongdoing and told police that he had seen both Wimbish and Sergent hitting the girl throughout November and December of last year. In the second interview, the girl reportedly admitted she was told to lie.

Police also interviewed Wimbish’s sister, who allegedly said she often saw the victim with her feet and legs bandaged–but that she had never once seen the couple feed their child, according to the Arizona Republic.

In interviews with police, both the mother and stepfather reportedly denied having anything to do with the abuse. Wimbish allegedly said he was aware of some of the girl’s injuries but did not inquire about them.

The girl allegedly said the abuse began after Wimbish had an ankle monitor removed in December 2020 and continued until she was rescued. It is currently unclear what that alleged ankle monitor was for.

Each of the defendants are currently being detained in the Maricopa County Jail on $50,000 bond.  Jail records say Sergent is due in court on April 12 for a status conference and on April 14 for a preliminary hearing.