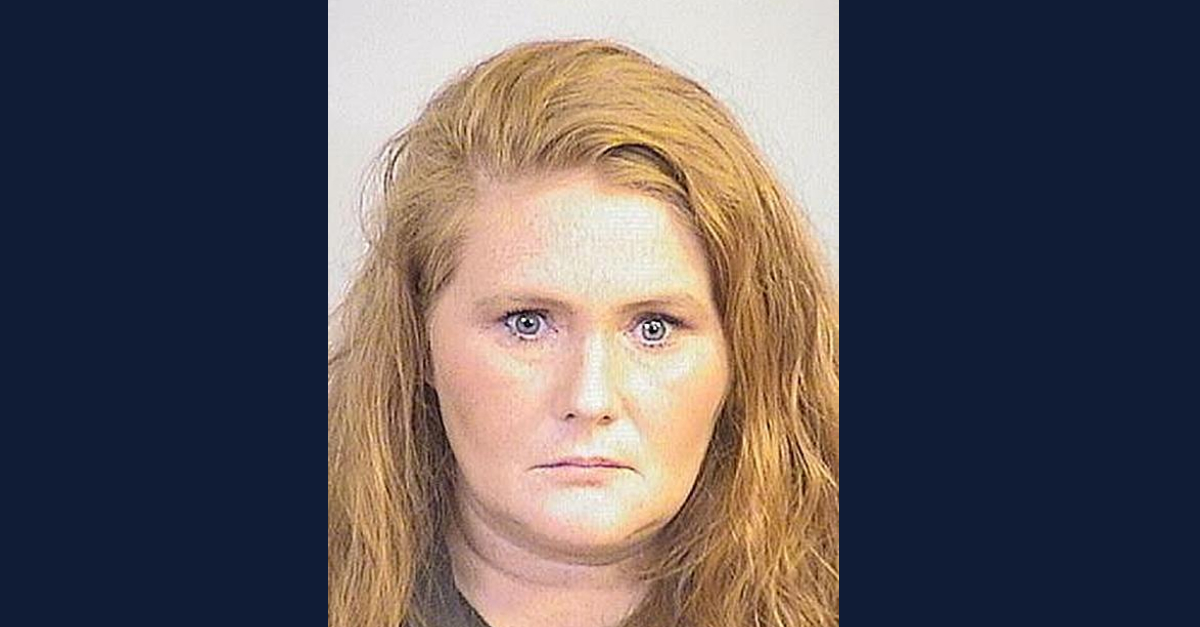 An Alabama woman is charged with reckless murder following a July 2021 crash that claimed the life of a pregnant mother and sent her four children to the hospital, according to records filed in the Sixth Judicial Circuit Court of Alabama.

Anna Dalrymple, 36, turned herself in on Thursday at the Tuscaloosa County Sheriff’s Office, and was charged with reckless murder in the death of Audra Rogers, according to court records filed in Tuscaloosa County and viewed by Law&Crime on Monday.

In addition to raising her four boys, Rogers, who was just 36 at the time of her death, was also a noted beauty queen and power lifter, according to her obituary. She reportedly had been crowned Ms. Alabama Tourism 2021 and was a three-time state record holder in power lifting.

She was also expecting her fifth child — a boy — with her boyfriend at the time of her death, according to her obituary.

The charges filed against Dalrymple stem from a head-on collision that occurred in July 2021 around the 212-mile marker of U.S. Highway 43, according to documents filed by investigators with the Alabama Law Enforcement Highway Patrol. The report said that the 2007 Volvo XC90 being driven by Dalrymple started to cross over the center line and into the lane of oncoming traffic. Rogers then tried to maneuver her 2012 Honda Pilot to the right in an attempt to avoid the crash, but could not get her car out of the path of the Volvo in time, authorities said.

According to the crash report, Rogers was pronounced dead on the scene, while Dalrymple, her infant daughter, and Rogers’ four children were all taken to local hospitals.

The charges against Dalrymple come after a toxicology report conducted after the crash and filed last week in the Sixth Circuit Court found evidence of methadone, Xanax, Klonopin, and Gabapentin in her system at the time of the crash. She also tested positive for fentanyl, but the report notes that this had been administered to her at the scene of the crash by emergency responders before transporting her to UAB Hospital.

The report does not state if Dalrymple had a prescription for any of the medications. The FDA states that individuals should not “drive or operate heavy machinery until they know how [benzodiazepines including Klonopin and Xanax] and [opiods like methadone] affect you.”

Anna Dalrymple, 36, is charged with reckless murder in the death of Audra Mary Rogers, the 2021 World’s Ms. Alabama Tourism, a bodybuilder, and a 3-time powerlifting state record holder.
Rogers was the mother to four boys and pregnant with her fifth son. https://t.co/tBuvgpWWuV

In addition to the charges of reckless murder, Dalrymple is also facing four counts of assault in the first degree as well as domestic violence in the first and third degrees (reckless endangerment), according to court records. The assault charges are all related to the injuries sustained by Rogers’ children, according to the charging documents; the two domestic violence charges relate to her infant daughter, who suffered serious injuries because she was not restrained at the time of the crash, troopers said.

Rogers and her four sons were all wearing their seat belts at the time of the crash.

Dalrymple did not stay long at Tuscaloosa County Jail on Thursday and was released after just a few hours when she posted a $137,500 bond, according to court records. That broke down to $60,000 for the reckless murder charge, $15,000 for each of the assault charges and the domestic violence in the first-degree charge, and $2,500 for a reckless endangerment charge.

There was no lawyer listed for Dalrymple in court records as of Monday evening.

Paul Patterson, the lawyer for the Rogers family, said in a statement: “Audra’s four young sons lost their mother because of the intentional and reckless behavior of Anna Dalrymple. We trust a Tuscaloosa County jury will hold her accountable and render the maximum sentence for this reprehensible act.”

The Rogers family has also filed a civil suit in the case.

A GoFundMe account has been organized to help pay the medical bills of the four Rogers boys. The campaign has raised more than $32,000 as of Tuesday afternoon.