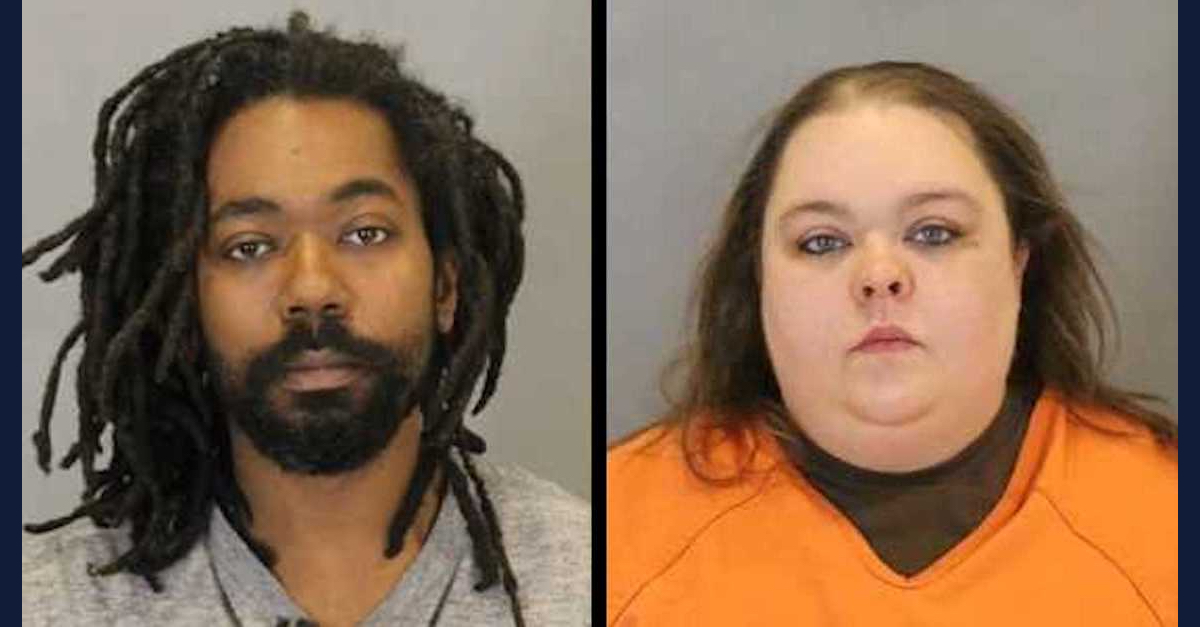 A 35-year-old man and a 30-year-old woman in Nebraska found themselves behind bars this week after authorities allegedly found 128 “severely neglected” animals inside of their waste-saturated home, 40 of which were already dead and decomposing. Tramaine L. Thomas and Sierra L. Lang were taken into custody Monday and charged with one count each of felony animal abuse and 32 counts of misdemeanor abuse and neglect, according to court records obtained by Law&Crime.

The felony charge stems from the discovery of a potbelly pig that was reportedly so emaciated and neglected that authorities had no choice but to euthanize it.

According to a probable cause affidavit obtained by Omaha ABC affiliate KETV, officers with the Omaha Police Department on Jan. 24 responded to a domestic violence call at a home located in the 4500 block of Burdette Street. The call stemmed from Lang allegedly using a “crowbar type weapon” to break several windows in the home.

Upon arriving at the scene, first responders said that they could tell immediately that something was not right. Once inside the home, the officers reportedly found a legion of various animals, mostly dogs, that appeared “severely neglected.” There was also “an abundance of animal feces” throughout the house, the affidavit states. A responding officer described one of the rooms in the home as being “completely covered with animal urine and feces” to such an extent that “the carpet had feces matted into the fibers.”

“This was one of the worst houses that [I have] been in,” a responding officer said following the call. “It appears that the house is literally centered around, just having these dogs.”

Omaha police contacted the Nebraska Humane Society (NHS). On Jan. 25 the shelter obtained and served a search warrant with the police. Per the affidavit, officers described the home as being in a state of “extreme filth,” saying that multiple rooms had carpet that was “completely saturated with animal waste.”

Many of the animals were reportedly in a visible state of distress, were kept in objectively undersized cages, and did not have access to space or water.

“During the initial walkthrough, officers observed numerous dogs of various breeds some free-roaming, some caged on the main floor of the home,” the affidavit states. “In the main, what would presumably be the living room, there were caged young puppies in cages that were too small to allow the dogs to fully stand up, or even lay down in a natural manner.”

Things only got worse from there, with investigators making several more grisly discoveries as they continued to search the home.

One animal in particular, the aforementioned potbelly pig, was reportedly in the gravest shape of all the animals. The affidavit described the pig as “emaciated with eyes sunken in, spine protruding, hips protruding, [and] obvious muscle wasting,” per KETV.

“It was in very emaciated condition. You could see its ribs. It was — I believe it was around 100 pounds underweight where it should have been,” Glandt reportedly said. “Its hooves had not been trimmed in quite a long time. They were overgrown so bad that they were curling around and the animal couldn’t even stand up.”

Glandt confirmed that the pig’s condition was so dire that the most humane course of action was euthanasia.

Noting that it was difficult to move throughout the house due to animal waste, investigators searching on the second floor reportedly found multiple cages containing “mostly decomposed” animal remains that appeared to have been untouched for some time. A freezer located in the basement was also reportedly dedicated to storing dead animal remains.

“[W]e looked in this freezer for evidence of animals. We discovered a deceased cat, three young puppies, and three newborn puppies preserved in the freezer,” the police affidavit reportedly said.

Glandt told WOWT that most of the animals have already been placed in new homes, though he noted that Thomas and Lang have petitioned the court to regain custody of “two or three” of the animals.

NHS and the Omaha Police Department did not immediately respond to messages from Law&Crime seeking additional details in the case.

See some of the case file — the probable cause affidavit and arrest warrant — below.