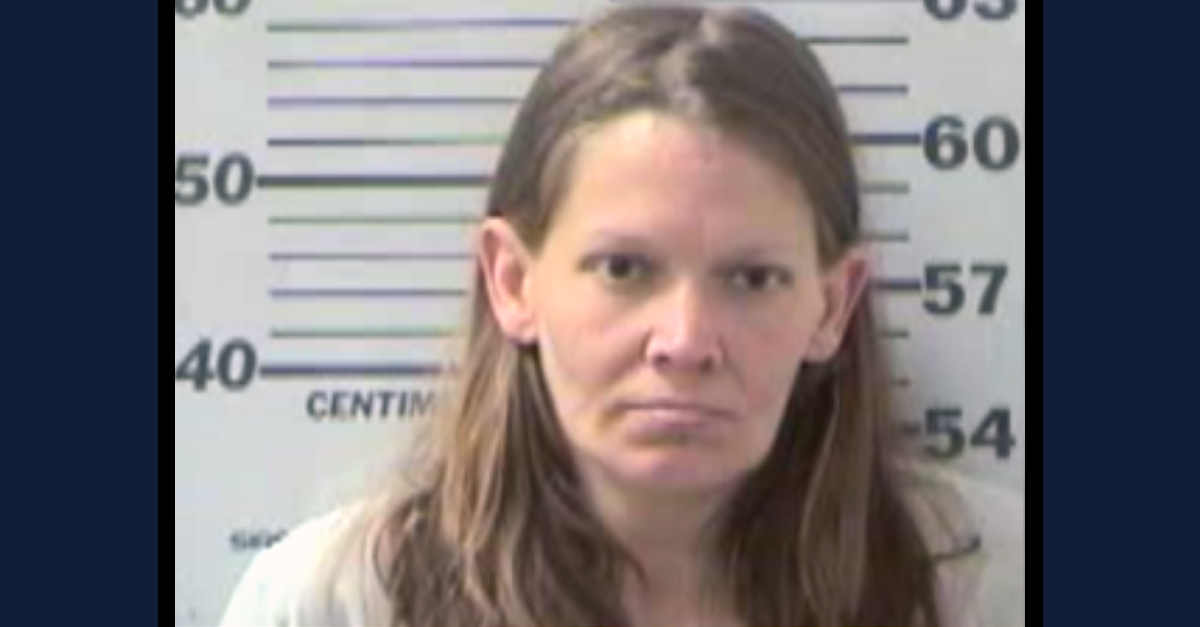 A defendant identified in local news reports as Amanda Malpas. (Image via the Mobile County, Ala. Sheriff’s Office.)

A 34-year-old Alabama mother has been arrested for allegedly taking a “large dose” of heroin during the birth of her child earlier this month — a dose that law enforcement authorities say turned fatal for her baby.

According to a report from Mobile FOX affiliate WALA-TV, deputies with the Mobile County Sheriff’s Office and Emergency Medical Services personnel on Saturday, March 5 responded to a 911 call about a newborn baby in distress at a residence on Cowart Road. Upon arriving at the scene, first responders reportedly found Amanda Malpas, 34, with “the needle still in her arm” as she was holding a newborn baby who was both “struggling to breathe” and “barely conscious.”

Paramedics reportedly rushed the baby to the Ascension Providence Birthing Center where doctors attempted to resuscitate the child. Unfortunately, the baby was reportedly pronounced dead a little more than an hour after arriving at the facility.

According to various local news reports, the authorities said the defendant confessed that she “self-medicated” for the entire duration of her pregnancy using heroin and methamphetamine. She allegedly specified that she intentionally used heroin to deal the her labor pains.

“She admitted that when she felt the labor pains and felt the child breaching she did self-administer a large dose of heroin,” Sgt. Mark Bailey, with MCSO’s Major Crimes Unit, told WALA.

A woman was taken into custody on Thursday and charged with one count of chemical endangerment of a child resulting in death, according to Mobile County Sheriff’s Office jail records reviewed by Law&Crime.  Multiple local news reports give the defendant’s name as Amanda Malpas, though online jail records list the name of who appears to be the same defendant under a slightly different last name.  A public information officer with the MCSO confirmed for Law&Crime via text message on Saturday night that the last name Malpas is correct.

A detective who appeared in court with Malpas on Friday testified that the defendant admitted smoking meth “a day or two” before going into labor and that she (the defendant) also admitted using heroin on the day of the child’s birth, per Mobile CBS affiliate WKRG. The detective also reportedly testified that Malpas knew about her pregnancy for approximately six months and that the baby was breathing both at birth and when first responders arrived at the defendant’s residence.

While this was not the first time Sgt. Bailey had seen a case where an expectant mother’s drug use had caused tragic problems at birth, he told WALA that this defendant’s case was particularly distinct.

Though Malpas is currently charged with chemical endangerment in her baby’s death, Newsweek reported that the charges may be upgraded to include murder after investigators receive a pending toxicology report.

Chemical endangerment is a Class A felony in Alabama which carries a maximum sentence of life in prison.

A television reporter asked the defendant if she was “remorseful at all” when she was being escorted to jail by deputies.

“Of course,” Malpas responded in the video.

Judge Zack Moore on Friday set the defendant’s bond at $75,000. Under the bond order, the defendant — if she’s released — will be required to check into an inpatient drug treatment center for 90 days within 24 hours. Her arraignment is currently scheduled for March 23 in Mobile County District Court.

Malpas reportedly has two other children of whom she does not have custody.

“This is one of the cases you work on that you really are sometimes not prepared for and definitely do not want to be a part of,” Bailey told WKRG. “It’s very sad all the way around.”