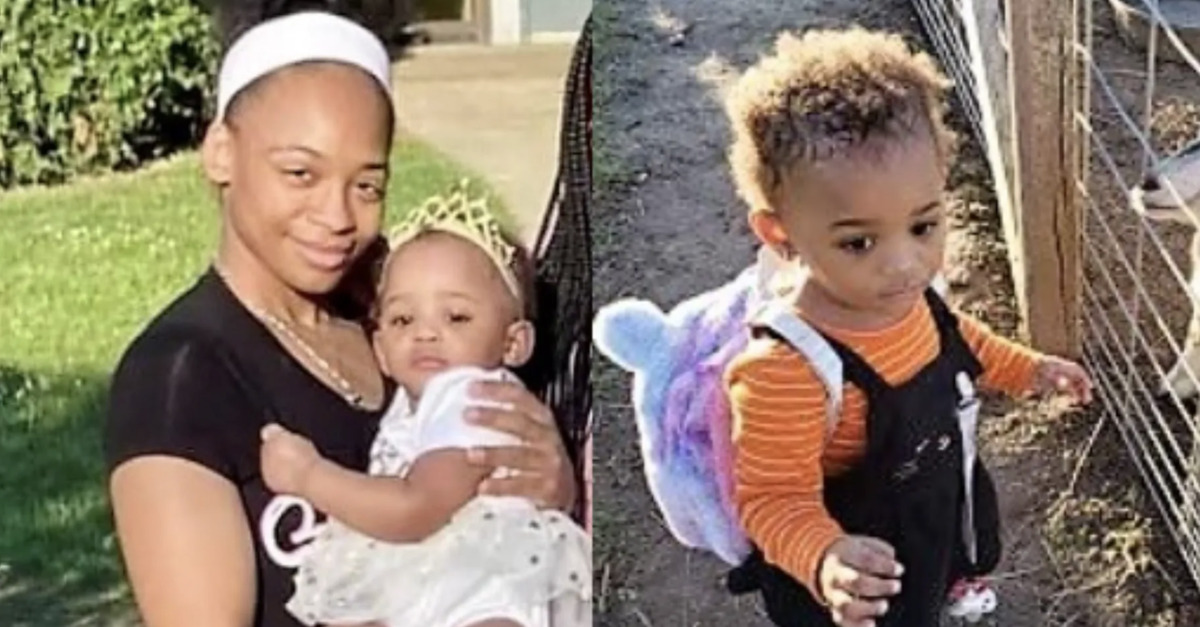 An Illinois woman was found dead in her apartment just days before her 1-year-old daughter was found dead inside an Indiana retention pond. Now, authorities say they have identified a person of interest, whose name has not been publicly released.

In a Thursday bulletin, Indiana State Police (ISP) identified the remains of Jaclyn “Angel” Dobbs, discovered in the pond off I-80 near Kennedy Avenue in Hammond, Ind. The child was reported missing less than two days earlier after her mother, 21-year-old Ja’nya Murphy, was found strangled to death inside their Wheeling, Ill. apartment.

According to ISP investigators, the girl’s corpse was found floating in the pond, which was roughly four or five feet deep from a recent rainfall–relatively full for such a body of water. The pond, police said, was easily accessible from the road. Authorities say they were tipped off to the gruesome discovery by a group of construction workers.

Police had requested the public’s assistance with the case.

The search for Dobbs began Tuesday when police made a welfare check on the Illinois apartment and found her mother dead just before 10:30 p.m. According to Wheeling Deputy Police Chief Al Steffen, officers had to access the apartment by climbing onto a balcony.

The Cook County Medical Examiner’s Office on Thursday determined that Murphy had died in the manner of homicide caused by strangulation, according to local ABC affiliate WLS-TV.

“We have a young mother that is dead, and we have a 1-year-old, who is without her family and is missing,” Steffen said on Thursday.

“From the time of the initial discovery of the crime scene, investigators have executed multiple search warrants and are working around the clock to locate the missing toddler,” the WPD said in a formal statement Thursday morning. “Evidence has been recovered in several locations to include Missouri and is in the process of evaluation.”

The suspect in the case was previously known to be male.

“We know for a fact he was in the far northern suburbs yesterday morning and then by yesterday evening, he was in western Missouri,” Steffen added. “We are looking to recreate the track from where he was in the northwest suburbs to Missouri.”

Police say they have learned that Murphy would typically drop her daughter off with relatives before work. That didn’t happen on Tuesday. Nor did she show up for work. Her family allegedly told police that they last heard from her the day before she was found dead.

According to local NBC affiliate WMAQ, the person of interest was seen with Murphy the day before she was found dead by way of video evidence. He is believed to have “had a previous relationship” with Murphy but is not the father of the deceased toddler.

The man was last seen in a rented maroon 2020 Dodge Caravan with Illinois plates, police said, before he was “located” in the Show-Me State. Authorities are reportedly speaking with the person of interest. No charges have been filed or arrests have been made as of this writing.

Murphy graduated from high school in 2018.