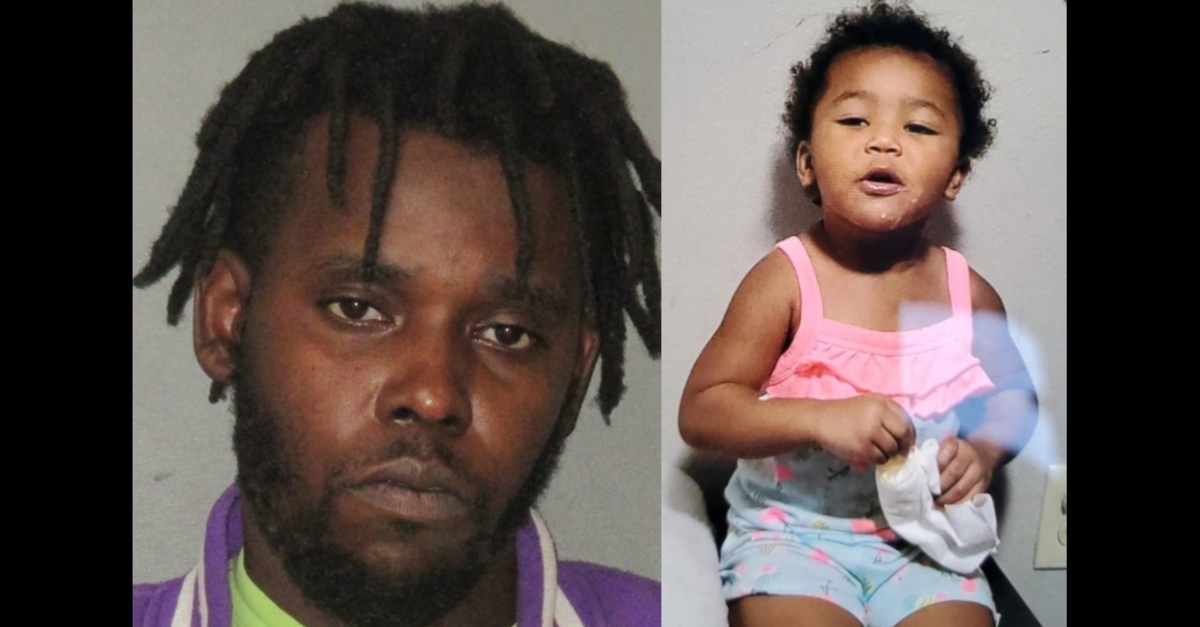 The stepfather of a missing 2-year-old girl has been arrested, and police reportedly fear the worst for the child’s wellbeing. Phillip Gardner, 30, was arrested Saturday night for a count each of unlawful disposal of remains and obstruction of justice, the Baton Rouge Police Department announced Sunday afternoon. He was booked into the East Baton Rouge Prison, cops said. Officers did not publicly detail what they now think happened to missing toddler Nevaeh Allen, 2.

A law enforcement source, however, said that they have credible information leading them to think she is dead, according to WAFB. They have not found her body, but they believe she might be outside Louisiana. The source declined to say which state, simply saying that authorities there are helping search.

Allen went missing from her home at 12646 La Belle Avenue in the Belaire neighborhood of Baton Rouge, LA, state police previously said. She was last seen by Gardner Friday afternoon when he took a nap at 1 p.m., according to this version of events.

“When the siblings arrived home from school at approximately 4:15 p.m., the apartment door was open and the child was missing,” cops said. “She is believed to be in imminent danger.”

Officers described her as Black, with black hair and brown eyes. She is 33″ tall and weighs about 30 pounds. She was last seen wearing a yellow dress featuring pineapples, and she had no shoes on, cops wrote.

DAY 2 UPDATE: Still no signs or update on the whereabouts of 2-year-old Nevaeh Allen.

Kim Holmes is Nevaeh’s grandmother, and the mom of her stepdad. This is what she had to say about her missing grandchild. @WAFB