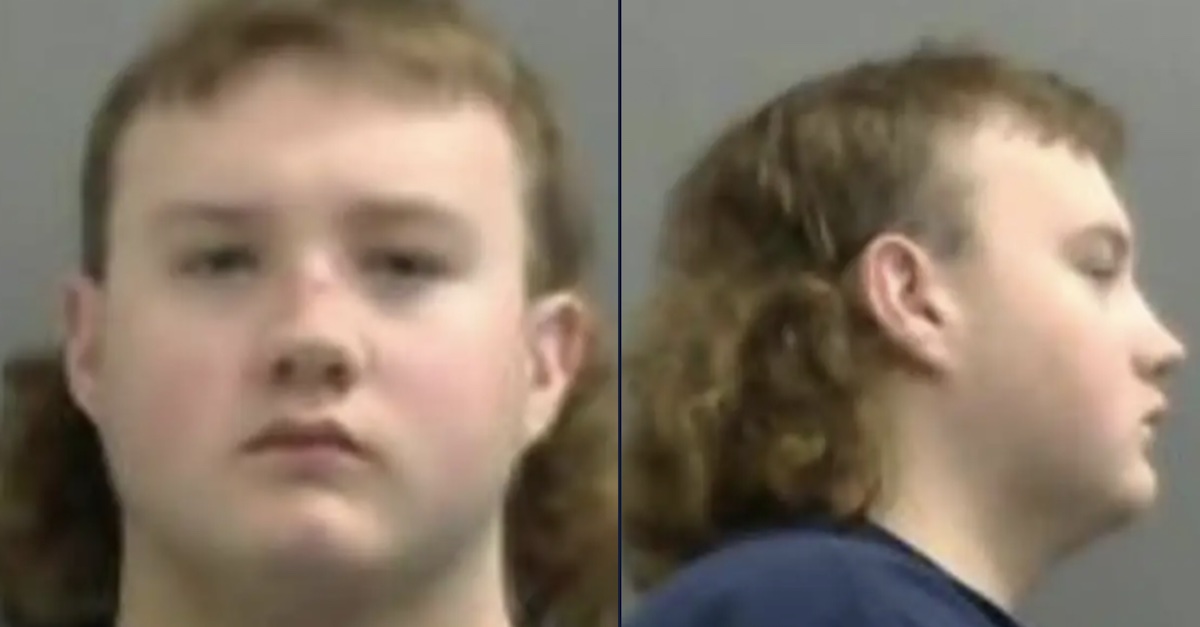 A 19-year-old man who was recently arrested and accused of nearly beating his ex-girlfriend’s 18-month-old baby to death in a mid-March incident has now been denied bond ahead of a court appearance next week, a court order obtained by Law&Crime shows.

Andrew Scott, of Farmland, is accused of beating the baby so severely that the victim fell unconscious and needed to be flown from Delaware County to Riley Hospital for Children in Indianapolis to undergo a craniotomy, FOX59 reported, citing a probable cause affidavit.

Indianapolis is roughly an hour-and-a-half drive away from Farmland.

Scott landed on the Gaston Police Department’s radar in the middle of the afternoon of March 17, when they received a 911 call about the unconscious child, the report said. Scott allegedly claimed he put the toddler down for a nap around 2:35 p.m. that day, left the room, and then returned when he heard crying. The suspect allegedly said the infant was “screaming bloody murder” and “blinking rapidly,” the report said.

Cops and hospital staff apparently both came the conclusion that Scott was the source of the baby’s serious bodily injuries.

Medical professionals reportedly determined that victim was abused a short time before the infant lost consciousness. Additionally, doctors reportedly believe that the infant will face significant physical challenges and a long recovery road ahead after sustaining a nearly fatal traumatic brain injury, compression fractures to multiple vertebrae, and a potential fracture of the L1 vertebra.

The defendant, who had been in a relationship with the victim’s mother for a couple of months prior to March 17, was also allegedly witnessed handling the baby “aggressively” just days before the nearly fatal abuse. The defendant himself admitted that he has spanked the infant, authorities further alleged.

Scott was taken into custody on April 6 for neglect of a dependent resulting in serious bodily injury, a level 3 felony charge that is punishable upon conviction by at least three years in prison and up to 16.

Court records show that the defendant appeared in a Delaware County courtroom on Friday for a “pre-charge initial hearing.” The case summary currently says “no charge applicable” because prosecutors haven’t formally filed charges yet.

A 1-page order from Friday shows that a magistrate granted the state’s request for three more business days to formally file charges. Therefore, Scott will remain jailed at least until the next hearing at 1 p.m. on Wednesday, April 13.

It’s unclear at this time whether Scott has an attorney in this matter.

You can read the latest order in the case below: