‘I Don’t Know What Happened to Him’: Cop Recounts Arresting Friend, Says the Man Was Armed with Samurai Sword 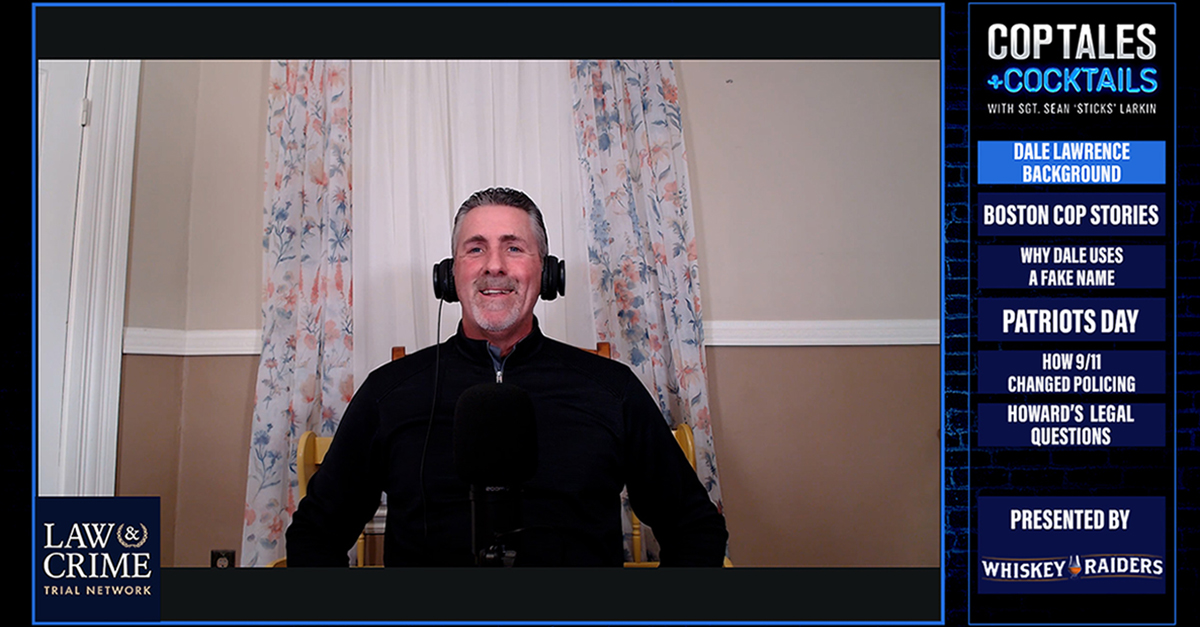 In the latest installment of Coptales and Cocktails podcast, retired Boston area cop Dale Lawrence joined hosts Sgt. Sean “Sticks” Larkin and Howard Doss to share one of the most interesting experiences he had as an officer — arresting someone he grew up with.

Lawrence recalls his local boxing club in his hometown. One of the kids always seemed really nice and “squared away,” he said. Lawrence said that years later, after becoming an officer, he would run into the same person but under much more serious circumstances.

This time, the kid from the local boxing club wound up being a 300-pound man with a samurai sword, he said.

Lawrence said that one day, they got a call for “a very large man walking down the street, waving a samurai sword” and instantaneously, he knew who the guy was.

“There’s only one person that lives in that community that large,” he said.

As the officers moved into position to disarm the man, he recognized Lawrence, the officer said.

“He recognized me,” Lawrence said. “He had some serious mental health issues at that point in his life with schizophrenia and things like that. But he recognized me as one of the guys from the boxing club.”

Officer Lawrence said he was able to deescalate the situation carefully, and they were able to get the man the help he needed.