Candace Chrzan Was Shot and Killed in Georgia: Deputies

Charges have been filed in the tragic shooting death of Georgia girl Candace Chrzan, 17. A spokeswoman for the Carroll County Sheriff’s Office said the suspect, also 17, was visibly shaken and in grief from the incident, and attempted to render aid. Nonetheless, authorities are not letting him off the hook.

Public Information Officer Ashley Hulsey said that authorities responded to the backyard of a local home on Tuesday. Chrzan, a student at Mount Zion High School, had been shot and killed while with friends. They had been shooting at plastic bottles.

Candace was in possession of a .22 caliber pistol. The gum jammed, according to this story. She handed it to the defendant, who attempted to clear the firearm. The gun went off, striking Chrzan in the head, Hulsey said.

The defendant is charged with involuntary manslaughter, reckless conduct, and possession of a firearm under the age of 18. When asked where the gun came from, Hulsey said the shooter’s grandfather, who passed away in the previous couple of years, was an “avid gun collector.”

“The incident should serve as a reminder that learning gun safety, securing guns within your possession, and always having awareness of the lives of others around you is something we should all live by,” Sheriff Terry Langley wrote a in statement read by Hulsey. “Accidents happen, and now two families lives have been changed forever, and one is forever gone. In times like this, we cannot let Candace’s life be taken from us without learning from this tragedy.” 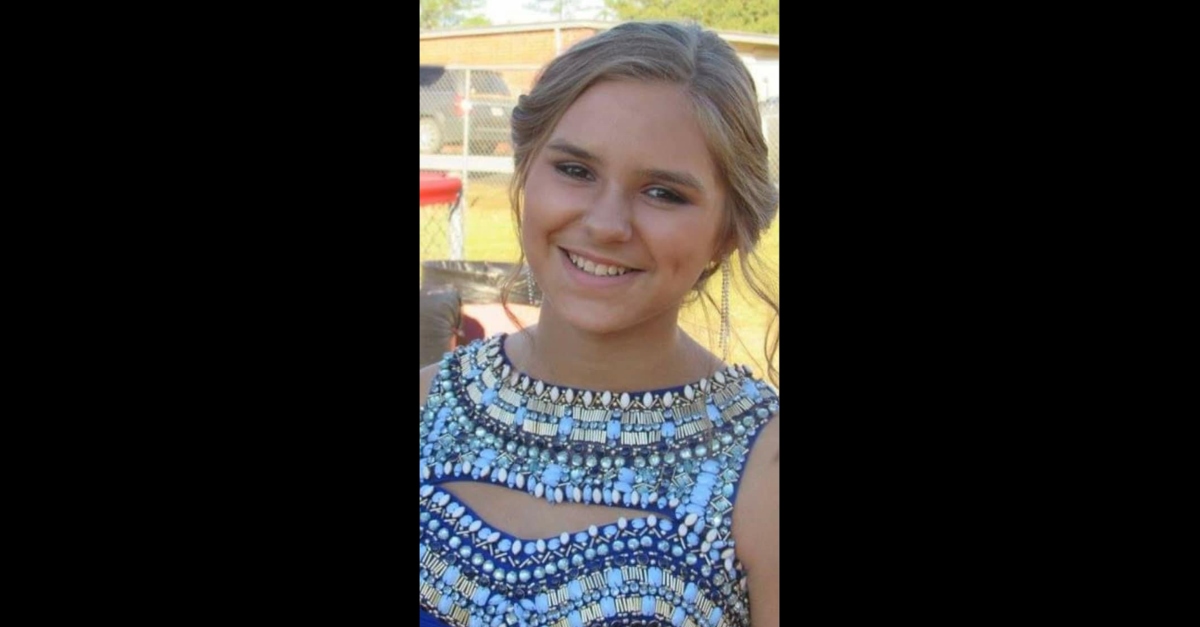 A friend of Chrzan’s family said relatives did not accept the story at face value.

“Candace was a black belt in martial arts and Candace was also very trained in gun safety,” Tiffany Cantrell said, according to 11 Alive. “Her grandfather, being a very protective grandfather, has taught Candace how to take care of herself in any means necessary. So that’s why some of the story of the gun jamming is really not making sense.”

Nonetheless, she said they hoped that the defendant would find peace.

“It’s a heartbreaking situation and it’s going to be hard, but I hope that everyone in some kind of way can find some forgiveness in their heart no matter what,” she said.

There has also been a second arrest in connection to all this. Samuel Blake Grier, 18, allegedly made a Snapchat video, flashing a gun while making retaliatory threats. He claimed to be a cousin of Candace, but deputies had not confirmed that yet, Hulsey said Friday. Deputies arrested him on a count of felony terroristic threats.

Cantrell said Grier was a childhood friend of the victim.

“Sometimes we say things before we speak, and I truly believe that he is sincerely sorry for his misconduct,” she said.