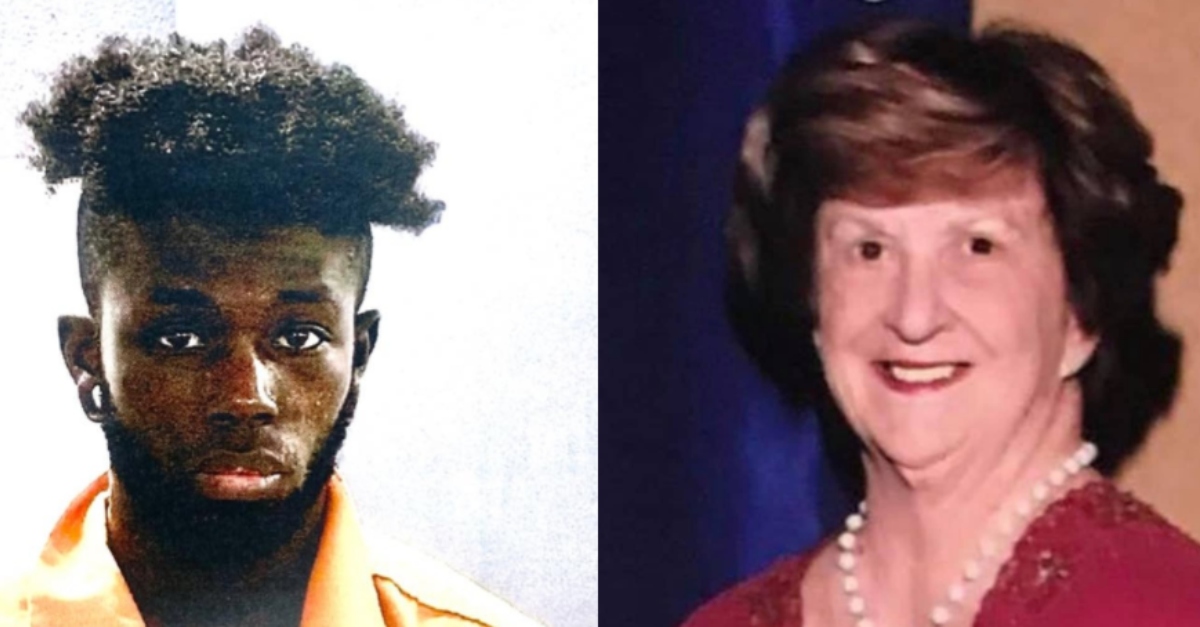 Police in Horry County, South Carolina say they found the man who kidnapped and murdered 80-year-old Mary Ann Elvington. They identified the suspect as Dominique Davonah Brand, 29. He was arrested Wednesday.

Marion County Magistrate Judge Danny O. Barker II called it “one of the most heinous crimes that I have experienced,” according to SC Now. He denied bond for Brand, describing him as a danger to the community.

The defendant had been released from prison in 2018, prosecuted as a prolific burglary.

🚨MISSING – ENDANGERED🚨#HCPD is searching for Mary Ann Elvington, 80, who was last seen near her home on Highway 76 in Nichols.

Anyone with information about Elvington’s whereabouts is asked to call 843-248-1520. pic.twitter.com/DFxNjXQths

Police previously said that Elvington was found dead behind a grocery store in Marion County. Her white 2012 Buick LaCrosse had been found abandoned on Bobby L. Davis Boulevard.

“We just want to thank the local law enforcement and everyone working together to find mama and catch the guy,” Elvington’s son Harold Elvington said, according to the outlet. “We just want justice done but the main thing is we want people to know that our mom was a good Christian lady. She didn’t deserve this but we know God is working and he is going to bring peace to this family.”

Correction – April 4, 6:52 p.m.: The original version of this article incorrectly named the state. It was South Carolina, not Georgia.

[Mugshot of Brand, and image of Elvington via Horry County Police Department]