Teen Charged with Murder for Setting Fire That Killed Sister 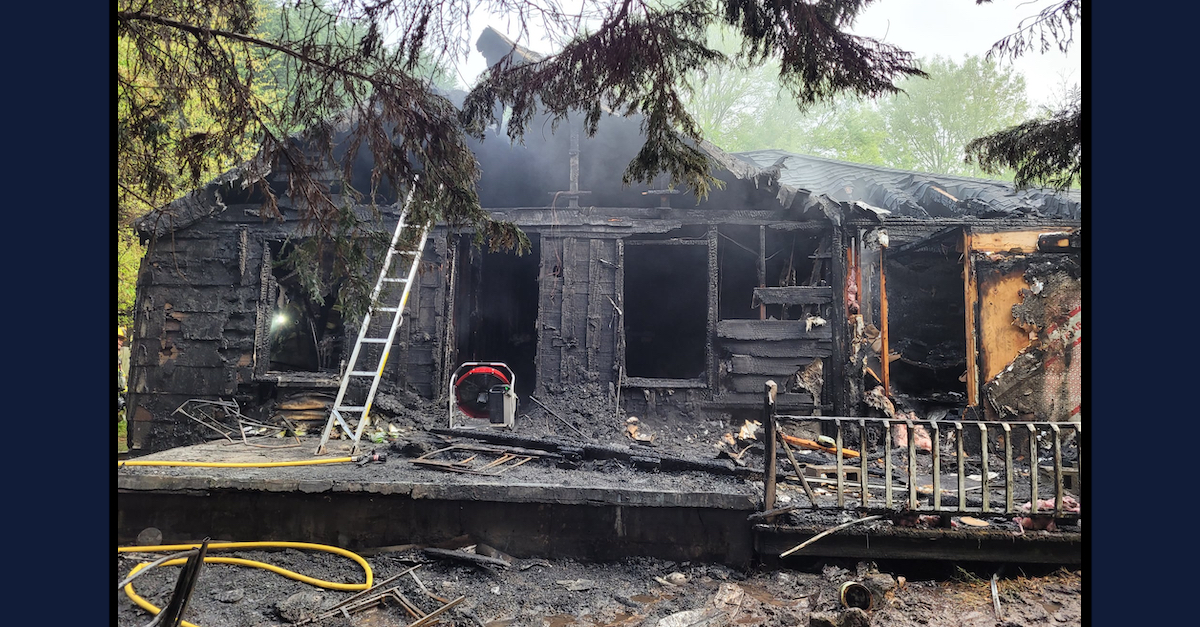 An image released by Gwinnett County Fire and Emergency Services crews shows the charred remains of the home where the victim died.

A 15-year-old Loganville, Georgia boy is charged with malice murder and felony murder in connection with the death of a 10-year-old girl in a house fire over the weekend, the Gwinnett County Police Department has announced. The victim, the department said, is the suspect’s sister.

The suspect, said the authorities, fled the scene after torching the house — an act that led fire crews to search for him inside. That search concluded when the authorities discovered the suspect was alive and well “away from the scene.”

The authorities have not released the names of either the suspect or the victim.

The fire broke out around 4:57 a.m. on Easter Sunday in the 4400 block of Beaver Road SW, the police department and the fire department both said.

Gwinnett County Fire and Emergency Services crews said separately that a 911 caller who reported the incident “advised there was a fire in front of the house, and she was trying to get the kids.”

Their description of the incident continued:

On arrival, firefighters found a single-story residence on a slab with heavy fire involvement throughout the front of the structure. A walk-around of the structure was completed while hose lines were deployed through the tree line to the front of the home. While crews worked to get a knockdown, multiple crews arriving on scene began performing Vent-Enter-Search (VES) which focuses searches on tenable locations for victims primarily utilizing exterior window access. Multiple aggressive search attempts were executed to locate the missing children. After the fire was brought under control, a 10-year-old female victim was located deceased in room used as a bedroom without window access. Efforts continued for the next couple hours to sift through debris to locate the 15-year-old male that was believed to be inside. Around 9 a.m., the 15-year-old was located away from the scene and appeared to be okay. The home sustained extensive fire damage throughout the front half of the structure including the attic. Two cats were also found deceased inside the home.

“One adult and four children were at home when the fire broke out,” the fire department continued.  “According to a family member, smoke alarms are installed in the home, but they did not activate.’

Six engines, one ladder truck, and a bevy of other fire apparatuses were used to knock down the inferno.

A neighbor told Atlanta NBC affiliate WXIA that he had only spoken to the occupants of the destroyed home twice over a 25-year period. The neighbor, Mike Kilgore, said he believed the children were homeschooled.

“How can one kid take another kid’s life, especially when it’s your own brother or sister?” Kilgore said of the allegations.

Gwinnett County Police Department Investigator Christian D’Allaird told the TV station that the incident was isolated and that there was no threat to the public at large.

[image via a Gwinnett County Fire and Emergency Services handout]