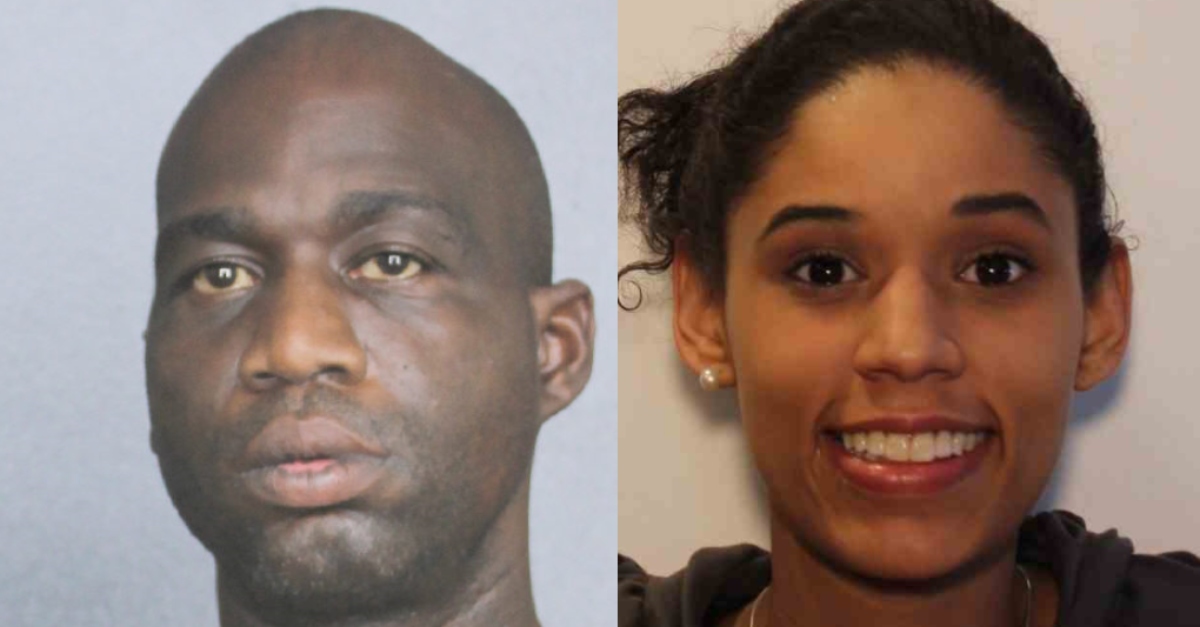 Where is Leila Cavett, 21, and what happened to her? Authorities have said that they don’t know, but they do have an arrest emerging from her disappearance. Shanon Ryan, 38, was arrested Saturday in connection to the case, according to The South-Florida Sun Sentinel. He was a man who previously commented on the case in a Facebook post, saying he met the missing woman, but she went off in a car with other men.

Broward County Jail records viewed by Law&Crime do state that he is being held for the U.S. Marshals Office, but Michelle Coghill, Deputy Chief for the Office of Public Affairs at the U.S. Marshals Service, told Law&Crime over the phone that they did not arrest the defendant, and she recommended we reach out elsewhere, likely the Federal Bureau of Investigation.

Officer Christian Lata, a spokesman for the Hollywood Police Department, the local agency previously in charge of the search, told us that they did not arrest Ryan, and he suggested we reach out to the FBI for comment.

The FBI, which recently spearheaded efforts to find Cavett, isn’t talking, however. Special Agent Michael D. Leverock declined to comment when Law&Crime reaching him over email.

Ryan is being held without bond on two counts of lying to a federal officer. Online federal records don’t detail his case, and neither do Broward County records, so it is unclear if he has an attorney in this matter.

Cavett was last seen on July 26, hours before her 2-year-old son was found wandering in an apartment complex parking lot in Miramar, Florida. Family members said they had no idea why she–a Georgia resident with family there and in Alabama–went down the Sunshine State, though her mother and brother suggested it could’ve been that she met somebody online. Cavett is single.

Keep all that in mind because it has a quite bit to do with Ryan. The defendant, who teaches “witchcraft” according to his Magnetic Kundalini Facebook page, posted a video on August 9 in which he claimed Cavett went down the Florida to sell him her truck. They met at a Walmart in Hollywood, went to a nearby gas station,and hung out for the day, according to his account detailed by WSVN. He claimed that Leila was speaking to some men, and then she brought her son into their car with her. Ryan asserted he attempted talk her out of it, but she went anyway. Cavett never returned, he said. Ryan said officers searched his vehicle, and he told them everything he knew. He denied wrongdoing.

Cavett was described bu the FBI as standing 5’4″, and weighing about 120 pounds. She had an ichthys (the “Jesus fish”) tattooed on her right wrist, and her son’s name Kamdyn on her right inner arm, authorities said.

If you have any information as to the disappearance or whereabouts of Leila Cavett, please call FBI Miami at 1-800-CALL-FBI or go to FBI.GOV/TIPS.

[Mugshot of Ryan via Broward County Jail; image of Cavett via Federal Bureau of Investigation]