The Federal Bureau of Investigation is making another pitch to find missing Georgia woman Leila Cavett, 21.

Police have said that Cavett went missing after going to Florida last month. Her 2-year-old son was later found wandering in Miramar. Cops announced on July 29 that her white Chevy Silverado was found in Hollywood, the city where she was last seen.

It has been two weeks, with no apparent sign of Cavett’s current whereabouts. Cavett’s family spoke out about the case during a Thursday interview on Dr. Phil.

If you have any information about Leila Cavett, please contact the Hollywood, Florida Police Department at (954) 764-HELP (4357) or the Broward County Crime Stoppers at (954) 493-TIPS. pic.twitter.com/4FO1zIgpoW

The FBI is also accepting tips through 1-800-CALL-FBI and an online form.

The agency announced Thursday that Cavett had been spotted in several local cities. But in response to a reporter’s question, the FBI noted it is not unusual for visitors to South Florida to visit multiple areas. (Google Maps indicates that Hollywood and Miramar are about a half-hour drive to Miami.)

They are trying to locate everyone she came into contact with. The FBI says she was spotted in Hollywood, Miramar and Fort Lauderdale Beach. She arrived in South FL July 25 and apparently went missing the 26th @CBSMiami

Cavett’s family has said they have no idea why she–a Georgia resident with relatives in Alabama and Georgia–was in Florida. She had no known ties to that region.

These photos are from a Race Track gas station in Hollywood on July 25 around 3 PM
Shows her exiting and entering a silver Lexus sedan pic.twitter.com/5QTXo0iBPX

She said officers were currently dealing with “red tape,” with warrants, and seeking CCTV footage. Kirby and Leila’s brother Curtis Cavett said they thought she might have met somebody online. Leila Cavett is single.

“There was a post made on Facebook that was a screenshot of a post that she had made, and then on the top of her phone, in one of her tabs, you can see a dating app, and that’s when the first indication had grown that she had met somebody in Florida,” Curtis Cavett said. 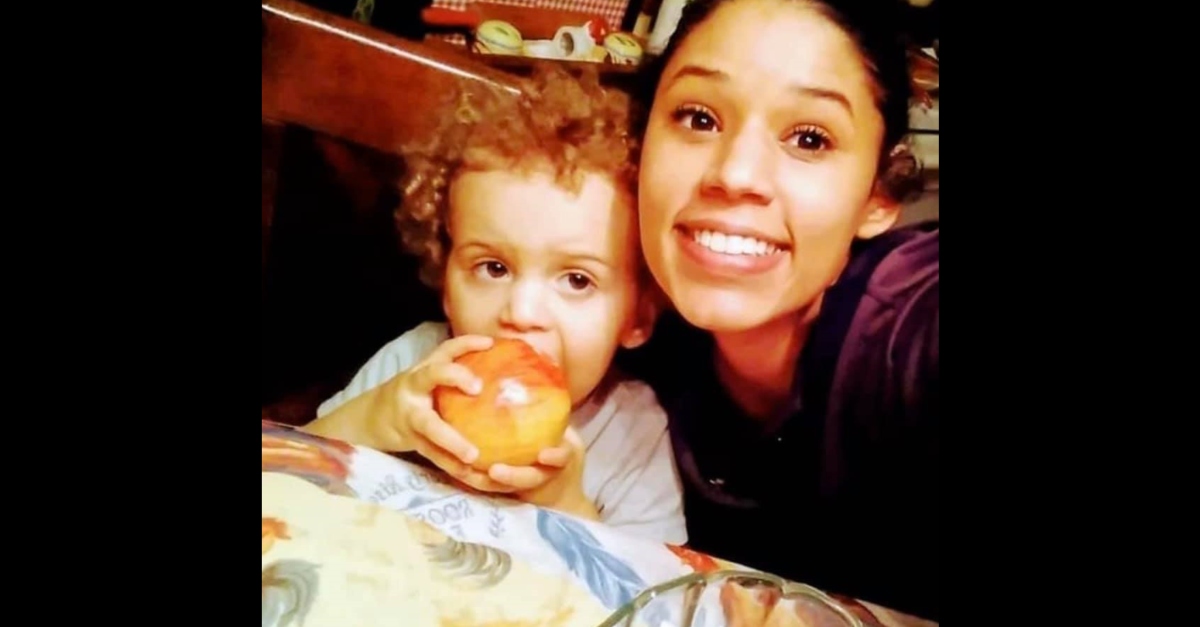 Leila Cavett with her son.

Kirby said Cavett had been selling stuff on the Facebook marketplace days before going missing. She suggested her daughter might have been raising money for gas.

But they said they did not have any substantiated indication of why she might have gone down to Florida.

“We have no reason why she was in Florida,” Curtis Cavett said.