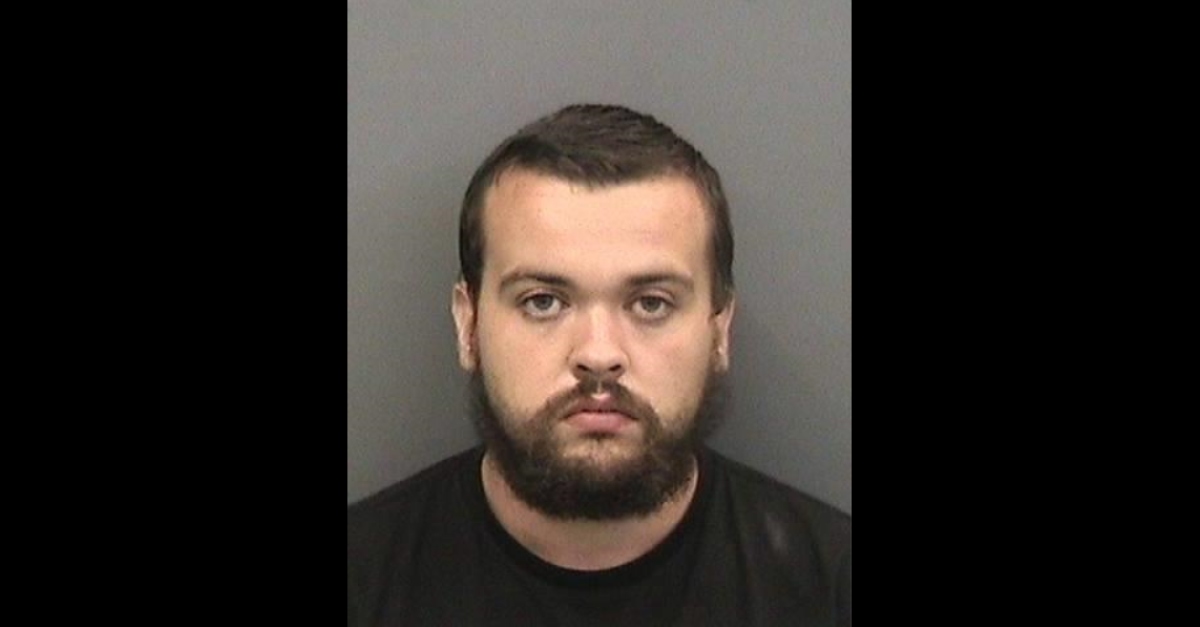 A South Carolina man was armed a knife, zip ties, duct tape, and mace in a botched kidnapping attempt, said deputies in Hillsborough County, Florida. Phillip A. Thomas II, 24, was arrested Sunday, according to authorities.

“Our deputies are unveiling the suspect’s disturbing obsession with this homeowner who he had never met, but stalked on social media for years,” said Sheriff Chad Chronister. “It’s frightening to think of all the ways this incident could have played out had the home alarm not gone off and alerted the homeowner of an intruder. Our deputies arrived within minutes and arrested this man who was clearly on a mission to inflict harm.”

Thomas stalked the target online for years, and plotted for more than eight months to take the person hostage, deputies said. He parked his car at a church in Lutz, and walked to the residence, according to authorities. He allegedly cut out a hole in the patio screen, and stayed there for about three to four hours watching and listening.

The homeowner went to bed, and that’s when Thomas entered through the back sliding glass door, deputies said. Problem was, there was an alarm. It went off. According to officials, the homeowner spotted Thomas while looking out the window. They and a guest drove off, and called 911. Deputies said they found Thomas still inside the home.

The defendant is currently being held at the Hillsborough County jail without bond for a count each of aggravated stalking, armed burglary of a dwelling,  attempted armed kidnapping, and criminal mischief. Records show no attorney of record as of Sunday.

Update — August 16, 2020, 6:39 p.m.: The home belonged to Daria Berenato, who is also known as the WWE wrestler Sonya Deville, according to The Tampa Bay Times.