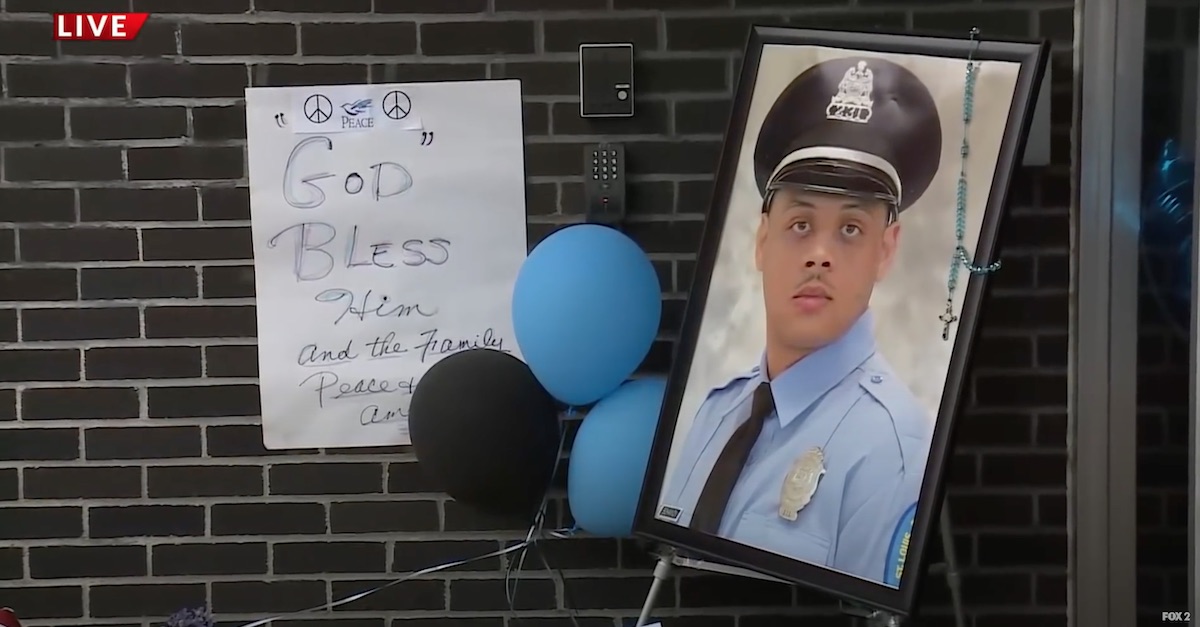 A 43-year-old man with a lengthy rap sheet in both Florida and Missouri is now under arrest for the murder of St. Louis police officer Tamarris Bohannon, 29. Thomas Kinworthy was taken into custody early on Sunday, roughly 12 hours after he allegedly shot Bohannon and Officer Arlando Bailey, 30, and barricaded himself in a home.

Bohannon was shot in the head. He died on Sunday. Bohannon is survived by his wife and three children.

“It is with the heaviest of hearts that we report that our critically injured officer has died. We cannot express how much we appreciate the hospital staff who continuously treated both officers for their injuries,” St. Louis police said on Sunday. “Thank you all for your continued thoughts & prayers!”

Bailey was shot in the leg when trying to help Bohannon at the scene of the shooting. He survived. Both officers are Black; the suspect, pictured below, is white. He was taken into custody alive. The motive for the shooting remains unclear.

Police responded to a shooting call around 6 p.m. on Saturday. Police said that Kinworthy showed up at Steve Haag and Mimi Haag’s home with a gun and demanded that they get out. Kinworthy was a total stranger to the couple.

“I’m looking at my husband and I’m seeing this man … I didn’t look at his hand but I saw something dark in his hand and he said, ‘Ma’am, hang up your phone,” Mimi Haag recalled, according to KMOV. “I can’t believe this happened and that we walked out of that house without that man shooting us … standing there in our foyer with his gun.” 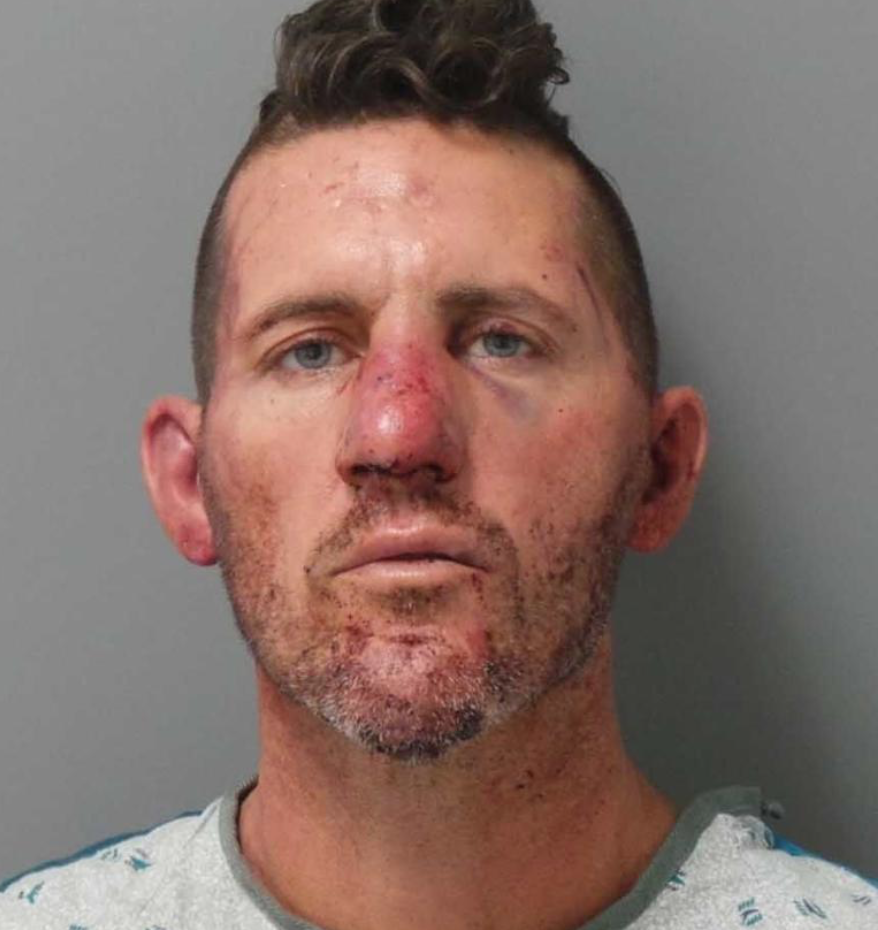 Kinworthy allegedly shot Officers Bohannon and Bailey from a window in the building.

Kinworthy has a lengthy criminal record dating back to the ’90s. It includes drug offenses, a 6-year prison stint for a violent criminal offense (he shot off a man’s fingers during a road rage incident), and a conviction for exposing himself to an undercover cop in 2009.

At the time of the St. Louis shooting, Kinworthy was wanted in Florida. In January, he was accused of armed sexual battery and kidnapping a man in Florida. A police investigation led to weapons charges as well. As recently as six days ago, the Brevard County Sheriff’s Office featured Kinworthy in a video (see 4:25-mark), noting that he was a wanted convicted felon who was accused of illicitly possessing a firearm and ammunition.

Kinworthy bonded out of jail for $15,000 and apparently no-showed court. Then he made his way to St. Louis.

Tod Goodyear, a public information officer for the Brevard County Sheriff’s Office, told KMOV that cops believed Kinworthy was a “very dangerous” person who would commit violent acts if given the opportunity.

“Our agents were of the belief that he was a violent individual, very dangerous and he would hurt someone if given that chance and he has proven that true,” he said.

IT'S TIME FOR SOME "BREVARD COUNTY JUSTICE!!"

Kinworthy now faces the most serious charges of his life, including: first-degree murder and first-degree assault. He also faces felony charges for unlawfully possessing a firearm, burglary, armed criminal action, and resisting arrest.