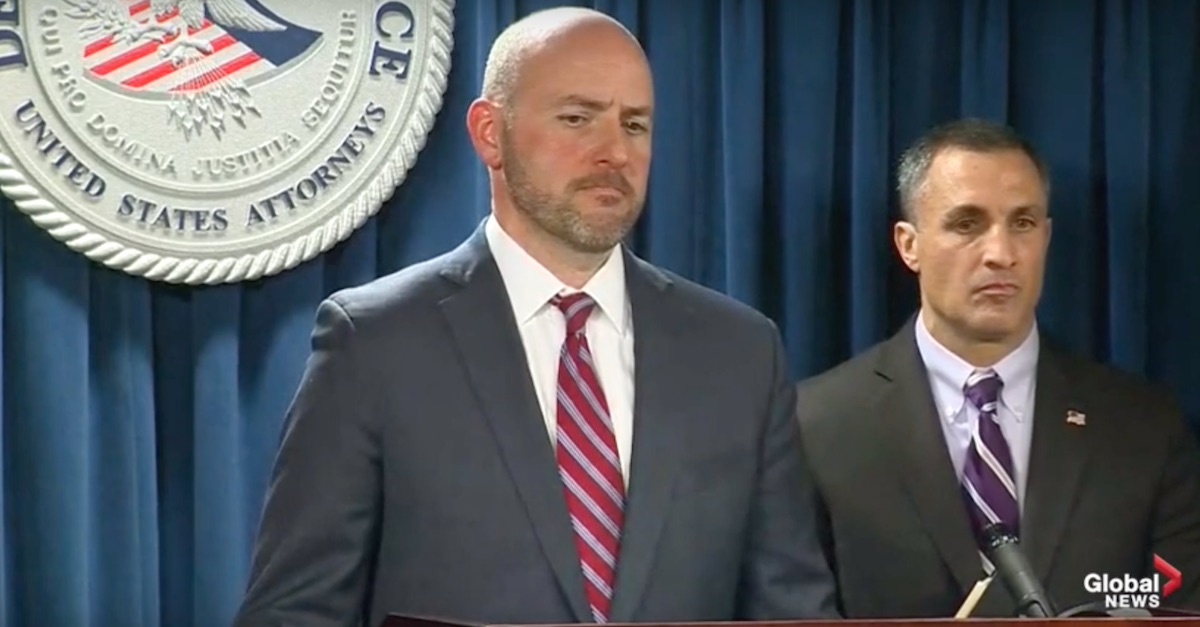 Nine current or former police officers were arrested for “stealing taxpayer money” through overtime pay fraud in a years-long scheme. U.S. Attorney for the District of Massachusetts Andrew Lelling said on Wednesday that although he supports police in general, official misconduct needs to be punished.

“I am a strong supporter of the police, especially in these difficult times. But all must be treated equally under the law, regardless of wealth, power or station,” Lelling said. “These officers are charged with stealing taxpayer money, year after year, through fraud. Beyond the theft of funds, this kind of official misconduct also erodes trust in public institutions, at a time when that trust is most needed.”

Here’s how the scheme allegedly worked:

According to the indictment, the defendants were assigned to Boston Police Department’s (BPD) Evidence Control Unit (ECU), where they were responsible for, among other things, storing, cataloging and retrieving evidence at the warehouse. ECU officers were eligible to earn overtime pay of 1.5 times their regular hourly pay rate for overtime assignments. It is alleged that beginning in at least May 2016, the defendants routinely departed overtime shifts two or more hours early but submitted false and fraudulent overtime slips claiming to have worked the entirety of each shift.

One overtime shift, called “purge” overtime, was focused on reducing the inventory of the evidence warehouse. The shift was supposed to be performed from 4:00 to 8:00 p.m. on weekdays. On days which the defendants claimed to have worked until 8:00 p.m., the warehouse was closed, locked and alarmed well before 8:00 p.m., and often by 6:00 p.m. or before. Despite this, it is alleged that the defendants routinely submitted false and fraudulent overtime slips claiming to have worked from 4:00 to 8:00 p.m. Supervisors, who also left early from this shift, allegedly submitted their own false and fraudulent slips and also knowingly endorsed the fraudulent overtime slips of their subordinates.

Another shift, called “kiosk” overtime, was available to two ECU officers one Saturday a month from 6:00 a.m. to 2:30 p.m. This shift involved collecting materials, such as unused prescription drugs, from kiosks in each police district in the city and then transporting the materials to an incinerator in Saugus. It is alleged that defendants who performed this overtime shift routinely submitted overtime slips claiming to have worked eight and a half hours when in fact the defendants frequently completed the work and left the shift early, often before 10:00 a.m.

Boston Police Commissioner William Gross said in a statement that the alleged actions of these officers were outliers that do not reflect broadly on the rest of the department.

“The allegations and behavior alleged in today’s indictments is very troubling and in no way reflect the attitudes of the hard-working employees of the Boston Police Department,” Gross said. “I hold my officers to the highest standards and expect them to obey all the laws that they have taken an oath to uphold. News of these indictments sends a strong message that this type of behavior will not be tolerated or ignored and can damage the trust my officers have worked so hard to build with the communities we serve.”

Lelling thanked Gross for his cooperation in the investigation.