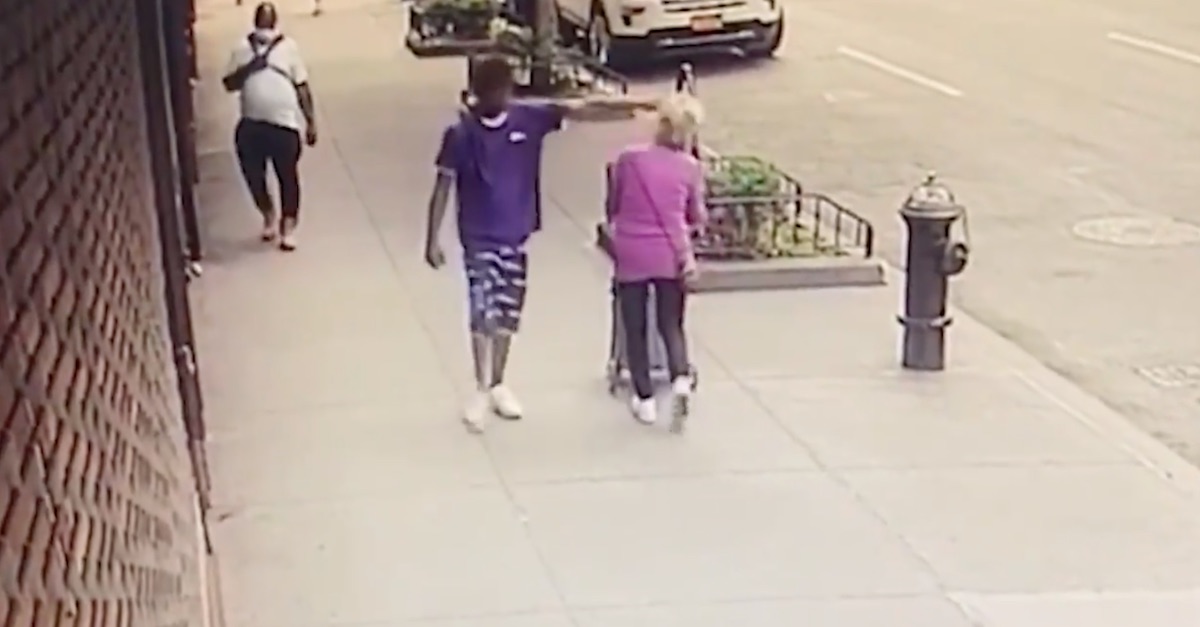 A 31-year-old man was arrested in Harlem on Tuesday after he was identified as the person who pushed a 92-year-old woman into a Manhattan fire hydrant on June 12. Rashid Brimmage is a convicted sex offender who has reportedly been arrested more than 100 times for various offenses.

New York police took Brimmage into custody after receiving an anonymous tip. Earlier on Tuesday, authorities released video of a man who randomly pushed a 92-year-old woman who was wheeling a cart. The woman, identified only as Geraldine, lost her balance, fell to ground and hit her head on a fire hydrant. The man identified as Brimmage looked back at the victim as he kept on walking.

The New York sex offender registry displays the image of Brimmage you see below. The photo was taken two years ago. He is identified as a black man who stands at 5’8″ and 140 pounds. He is designated as a Level-2 risk to reoffend (Level-2 on a scale of 1-3, with Level-1 being the lowest risk and Level-3 being the highest risk). The details also say Brimmage is homeless. 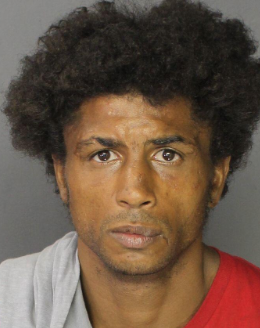 The registry showed at least two prior convictions for sex offenses, which resulted in jail sentences.

Police are searching for the man who shoved a 92-year-old woman, causing her to fall and hit her head on a hydrant. https://t.co/NySheS1Rm1 pic.twitter.com/AkzFPBSW81

Geraldine had to be taken to Mount Sinai Beth Israel Hospital for treatment. The New York Post spoke with the elderly woman. The former teacher said that although she’s recovering physically, she’s now scared to walk to the supermarket by herself.

“This damned guy put me in a state where I’m fearful to walk the streets alone,” she said. “So my super’s trying to find somebody who will walk me to a park nearby or to the supermarket, that kind of thing. So that’s the problem.”

Geraldine made similar comments in an interview with CBS New York.

“This man did nothing except change my life and almost kill me,” she said. “With my visor on and my face mask, so he barely saw who I was. He just saw an elderly lady walking slowly and he decided I’m perfect for a victim.”

“I’m not going to walk on the street alone right now, absolutely not,” she added.