Substitute Teacher, 25, Allegedly ‘Manipulated’ Teen, Had Sex with Him at Her Grandparents’ Home 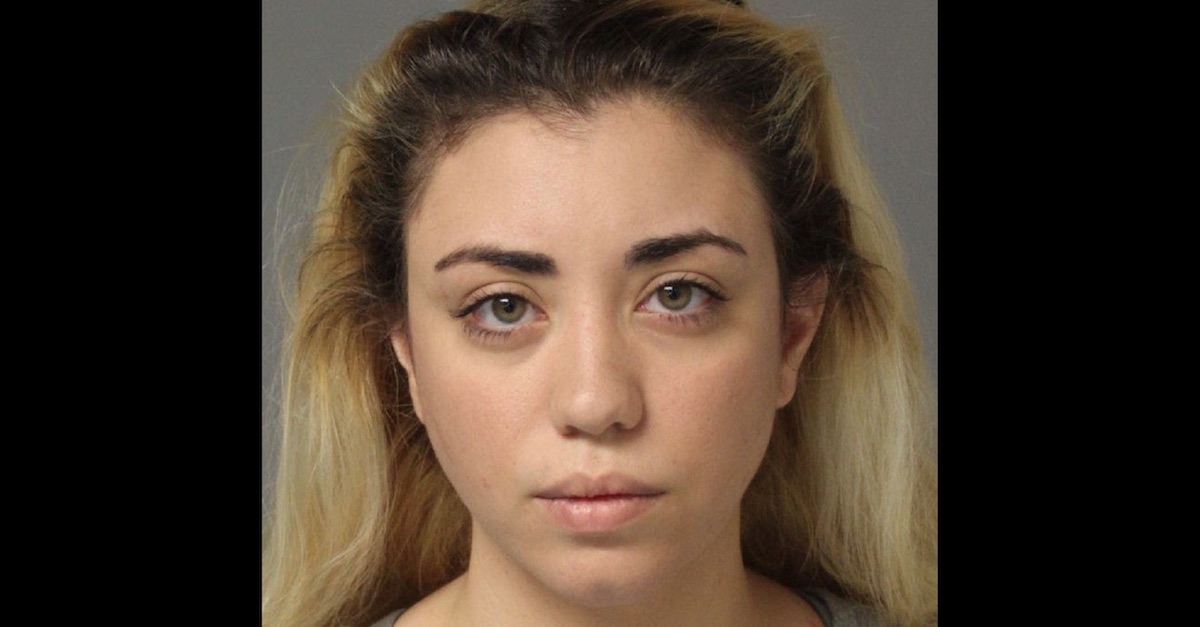 A 25-year-old Maryland woman who worked as a substitute teacher at “several schools” in the Anne Arundel County school district for the last two years has been banned. Alexis Mercedes Boberg allegedly supplied a teen with alcohol and “manipulated” him into having sex with her — this after the pair exchanged phone numbers and connected on Snapchat. Boberg is even accused of having sex with the teen at her grandparents’ house.

Anne Arundel County Police said in a news release that the teen accused Boberg on June 4 of “engag[ing] in sexual activities with him as well as suppl[ying] him alcohol.” The next day, police executed a search warrant at Boberg’s residence. Police said that they got a warrant for Boberg’s arrest on Friday, June 14. She was charged with two counts of a fourth-degree sex offense with a person in a position of authority, plus a count of “consuming an alcoholic beverage while on public property.”

Authorities said that Boberg was taken into custody “without incident” on Monday morning, just before noon.

The Capital Gazette, citing charging documents, reported that the relationship turned sexual when Boberg started sending the teen sexually explicit photos. This allegedly began in May, after Boberg and the teen met at the Center for Applied Technology North in Severn, Maryland.

On one occasion, Boberg allegedly provided the teen and a friend of his rum mini bottles along with snowballs from a local snowball stand. On May 24, the teen reportedly went to Boberg’s grandparents’ house and waited for her outside.

Police said that Boberg eventually let the teen in the house and took him to a “back bedroom,” where they proceed to have illicit sex. Police further alleged that the two had sexual contact three days later — at Marley Station Mall, in Boberg’s car.

The unidentified teen’s mother, while applying for a protective order, said that Boberg “manipulated” her son “into a sexual relationship.” The mother asked the court to bar Boberg from contacting her son.