‘So Much For the Party of Lincoln’: Head of Texas GOP Calls For State to Secede From the Union Following SCOTUS Loss 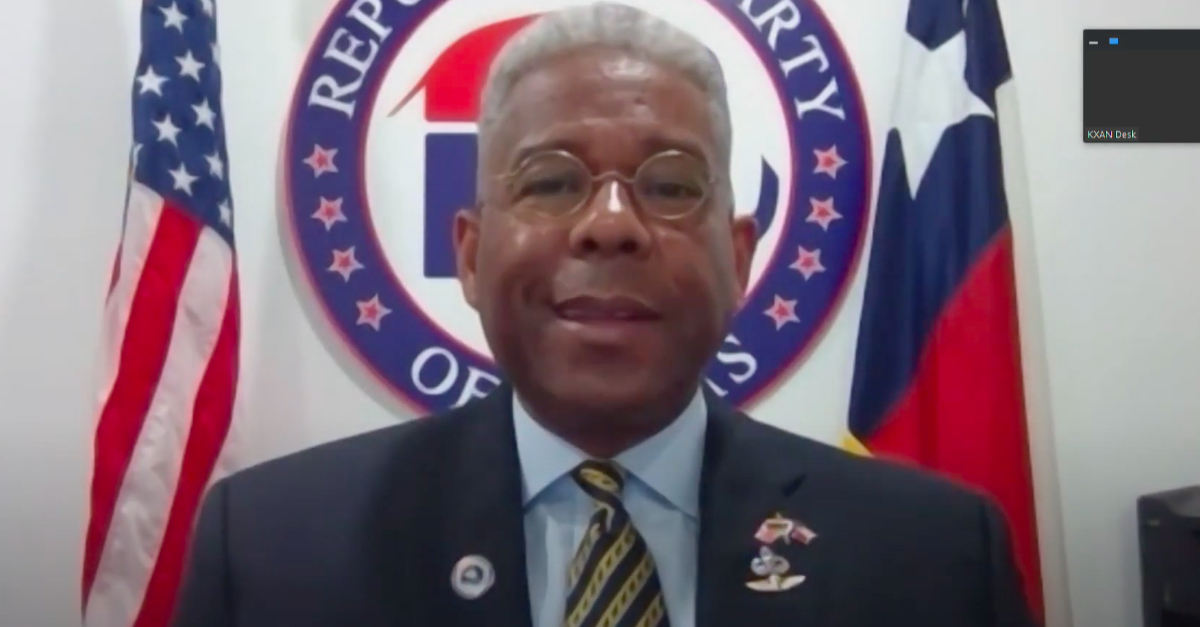 Following the U.S. Supreme Court’s rejection of a long-shot Texas lawsuit that challenged election results in several states where Donald Trump lost the popular vote, the head of the Texas Republican Party has already twice suggested that the Lone Star State should seek to secede from the United States of America.

Texas Attorney General Ken Paxton (R) earlier this week filed a motion for leave to file a bill of complaint against Pennsylvania, Georgia, Michigan, and Wisconsin, claiming  that “electoral irregularities” prevented anyone from knowing who “legitimately” won the 2020 election. Paxton’s lawsuit, which was later endorsed by 17 other Republican attorneys general and more than 100 GOP lawmakers, was summarily rejected by all nine justices.  (Samuel Alito and Clarence Thomas said they would have permitted Paxton to file his arguments due to their unique view of the court’s original jurisdiction to handle cases between states, but the pair admitted they “would not grant other relief.”  In other words, Paxton would still lose.)

In response, Texas GOP Chairman Allen West on Friday erroneously claimed that the high court’s ruling—which was widely expected among legal experts and court watchers—created a precedent that allows states to act unlawfully in the administration of elections, leading him to float the idea that the Lone Star State should look into forming a separate nation. In other words, he is preaching secession.

“The Supreme Court, in tossing the Texas lawsuit that was joined by seventeen states and 106 US congressman, has decreed that a state can take unconstitutional actions and violate its own election law. Resulting in damaging effects on other states that abide by the law, while the guilty state suffers no consequences,” West said in a statement. “This decision establishes a precedent that says states can violate the US constitution and not be held accountable. This decision will have far-reaching ramifications for the future of our constitutional republic. Perhaps law-abiding states should bond together and form a Union of states that will abide by the constitution.”

A few hours later, West gave an interview where he again indicated that Texas and those states that backed its election lawsuit should form a separate nation.

More from @AllenWest tonight — this time less 'we're outta here' and more 'actually, they're the ones who should secede.'

The comments—which echoed statements made earlier in the week by far-right conservative talk radio host Rush Limbaugh—were met with harsh criticism by attorneys, lawmakers, and political pundits from both sides of the aisle.

“So much for the party of Lincoln,” wrote attorney and co-founder of the Lincoln Project George Conway.

So much for the party of Lincoln. https://t.co/QoziGrd2Kt

That sentiment was echoed by conservative political commentator Rich Lowry, who said that “musing about the destruction of our union as a way to vindicate the U.S. constitution and *the party of Lincoln* is completely bizarre.”

“The Texas Republican Party is officially in favor of leaving the Union,” he wrote. “They have lost their minds. Biden will be President, but these people are deadly serious about secession and sedition. And this is the only question that media should ask any elected Republican tomorrow.”

The Texas Republican Party is officially in favor of leaving the Union. They have lost their minds. Biden will be President, but these people are deadly serious about secession and sedition. And this is the only question that media should ask any elected Republican tomorrow. https://t.co/8UAfGET88M

Rep. Adam Kinzinger (R-Ill.) called on his own political party to disown West’s comments and remove him from his position.

“I believe should immediately retract this, apologize, and fire Allen West and anyone else associated with this.  My guy Abraham Lincoln and the Union soldiers already told you no,” he tweeted.

I believe @TexasGOP should immediately retract this, apologize, and fire Allen West and anyone else associated with this. My guy Abraham Lincoln and the Union soldiers already told you no. https://t.co/A9M8ePJUkJ