School Superintendent Resigns After Reportedly Getting Harassed Over Remote Learning 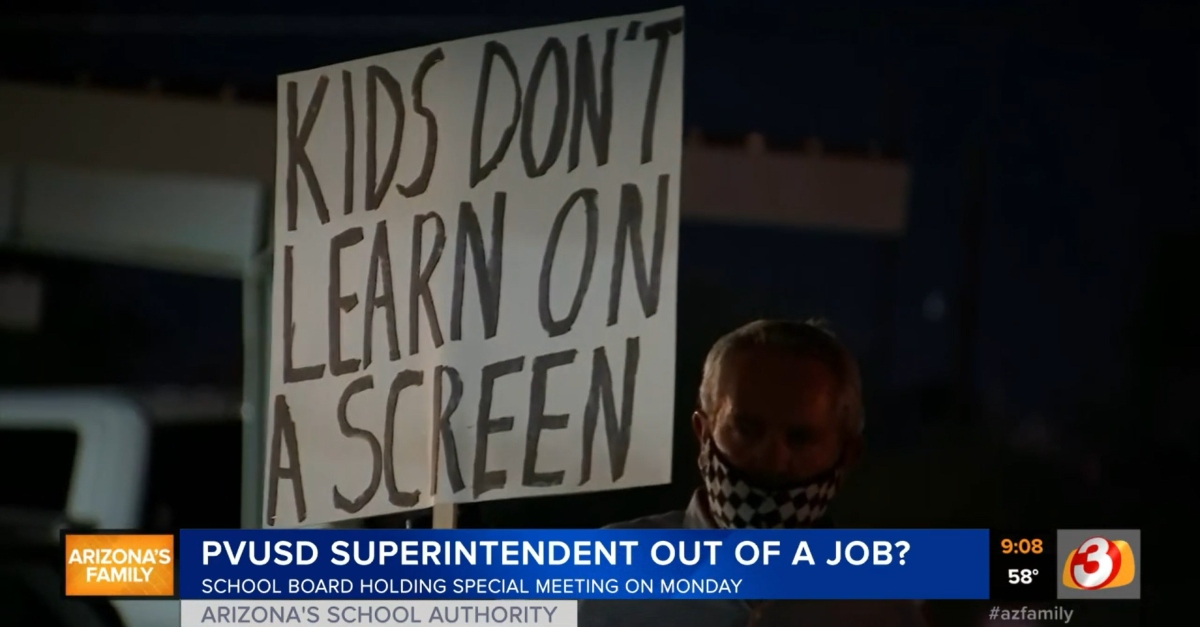 A school superintendent in Paradise Valley, Arizona has stepped down after reporting that he faced harassment over remote learning. Jesse Welsh issued his formal resignation at a school board meeting on Monday afternoon, according to AZ Central. Former superintendent James Lee was named as his acting successor.

The Paradise Valley Unified School District did not explain the resignation, but the move follows reports of recent harassment against Welsh. His resignation was anticipated by locals.

HAPPENING TODAY: Could @pvschools lose its top leader? We could know in a few hours. There’s a special meeting at 1pm to discuss possible resignation of school superintendent Dr. Jesse Welsh. He’s only been with the district about a year and a half. Started summer 2019. pic.twitter.com/zuIJrdzatD

Handful of PV schools teachers protesting Dr. Jesse Welsh’s resignation today as a board meeting to decide the resignation goes on inside, behind closed doors in exec session pic.twitter.com/DEF9ckjdoH

Parents, teachers, and staff told ABC15 in a Saturday report that Welsh was stepping down because some parents engaged in “disturbing behavior” when seeking in-person teaching.

“Dr. Welsh and his family have been the targets of harassment and threatening behavior, both at their home and their children’s school,” a source said.

The Phoenix Police Department reportedly got at least two calls since September regarding harassment at Welsh’s home. Law&Crime followed up with Phoenix police; a spokesperson told us there was two calls for the same incident, which was reported as harassment.