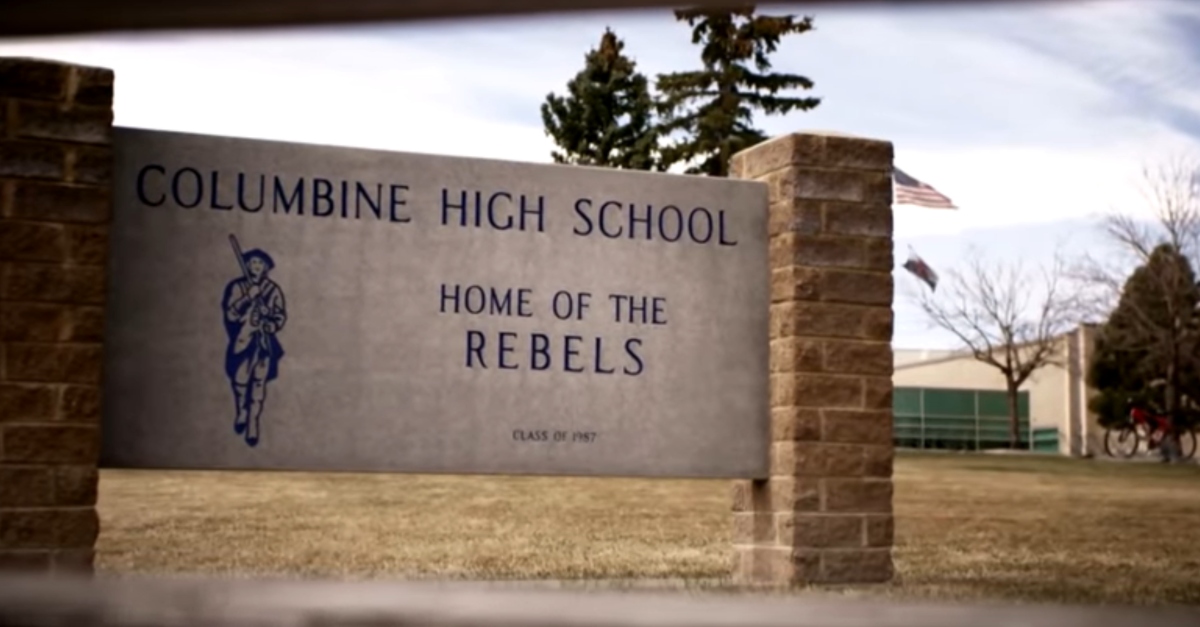 School district officials are thinking about tearing down Columbine High School because the location has been attracting the wrong kinds of attention. There are certain people obsessed with the 1999 mass shooting, and some have even taken to visiting the site. Now there’s a proposal to build a new campus nearby.

“Columbine High School has a gravitational-pull for these sorts of individuals,” said Jefferson County Superintendent Jason E. Glass in a statement published Thursday. “Annually, local law enforcement and Jeffco’s Department of School Safety make contacts with hundreds of individuals seeking to enter the school and reconnect with the 1999 murders. Most of them are there to satisfy curiosity or a macabre, but harmless, interest in the school. For a small group of others, there is a potential intent to do harm.”

The plan to rebuild is hardly a done deal. School district officials with Jeffco Public Schools Board of Education and administration are looking into asking voters for another $60-70 million to build the new site, Glass wrote. He described this entire process as being in the “preliminary and exploratory stages.” The superintendent invited parents, staff, students, and community members to fill out a survey for their input.

“Since the morbid fascination with Columbine has been increasing over the years, rather than dissipating, we believe it is time for our community to consider this option for the existing Columbine building,” Glass wrote.

There are people intrigued with the Columbine shooting and other mass shooters. This is a thing. They are sometimes called “Columbiners,” and they usually stick to writing about the subject online.

Glass cited the case of Sol Pais, however. This Florida teen was “infatuated” with the Columbine shooting, authorities said. The FBI said she traveled to Colorado, and she made threatening statements. This resulted in local school closures until authorities found her dead on April 17, apparently from a self-inflicted gunshot wound from her shotgun. A coroner’s report suggested she had taken her life two days before.

It’s also worth mentioning the case of Ohio woman Elizabeth Lecron and her boyfriend Vincent Stephen Armstrong. According to federal authorities, social media activity showed that Lecron basically worshiped mass shooters, including the Columbine killers. They allegedly visited the school, and Lecron took pictures until a security guard kicked them out, said court documents. The couple were both indicted for allegedly plotting a mass murder at a bar in their state. Federal records show they pleaded not guilty to charges, and their case is still pending.