Political ‘Mega-Donor’ Had Operatives Spy on Women He Dated or Wanted to Date: Report 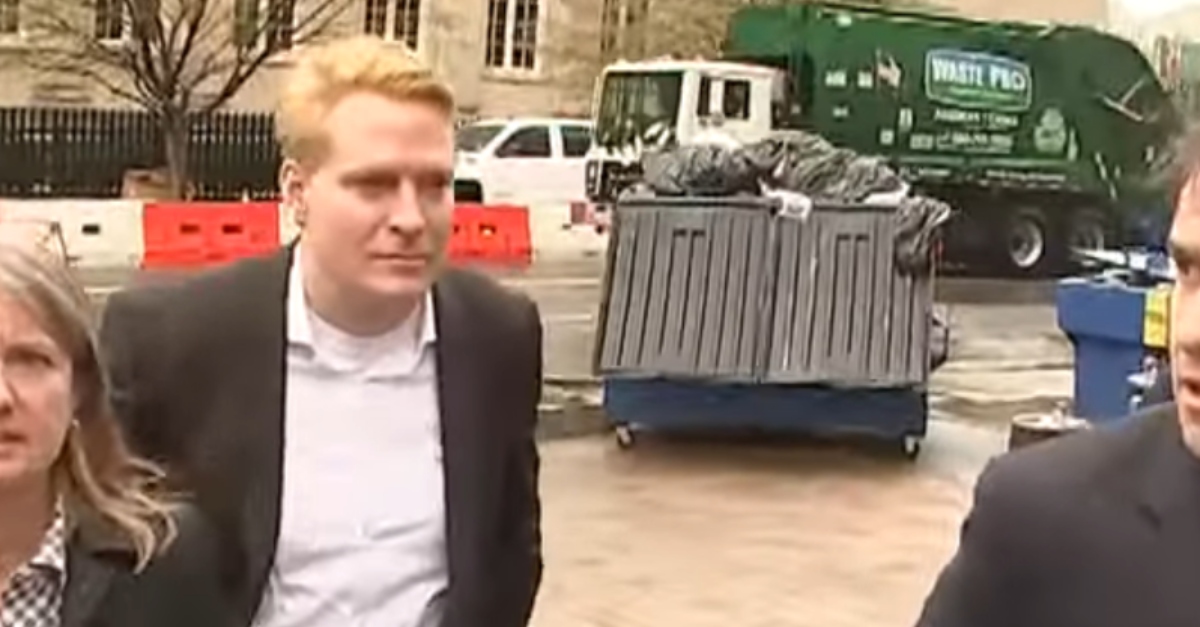 Dating is hard, but how many people would pay operatives to keep an eye on their romantic interests? A new report says a major political donor did just that, judging by records and statements. North Carolina insurance mogul Greg Lindberg, 49, hired dozens for surveillance that could last up to 24 hours a day, according to The Wall Street Journal.

He is currently facing a criminal case in federal court for allegedly participating in an attempted bribe to the insurance commissioner of North Carolina. The defendant pleaded not guilty and is set for a possible trial, but co-defendant, former North Carolina GOP chairman and former U.S. Congressman Robert Hayes pleaded guilty on Wednesday to lying to the FBI; he agreed to cooperate with federal authorities against Lindberg and two other men charged in the alleged scheme. According to prosecutors, the defendants wanted to bribe the insurance commissioner $2 million put in a reelection campaign. They wanted the removal of an official looking into one of Lindberg’s companies.

From when the indictment was unsealed in April:

For what it’s worth, recent reports often describe Lindberg as a GOP donor, but he’s also given to Democrats. From The Winston-Salem Journal:

Greg Lindberg, the Republican mega-donor who was charged with federal crimes Tuesday along with North Carolina GOP Chairman Robin Hayes, is also a major Democratic donor.

Lindberg isn’t charged over the alleged spying on the women, but it’s tied into how he’s spending his money. Authorities are looking into whether loans to his businesses are uncollectable, a “person familiar with the matter” said, according to the Wall Street Journal. Generally speaking, lavish spending could be used against him.

Judging by the report, Lindberg spared little, if no expense, in keeping an eye on women. Operatives went as far as to tell him if they were seen with other men. One agent reportedly enrolled in a woman’s school to spy on her. Staffers rented an apartment across the hall from another. These details come from reports and former staffers, according to the Journal.

The news outlet identified six women described in dossiers. They reached out to them:

Some said they were aware of the surveillance, while others were surprised by its extent. One called it “creepy” and “alarming.”

A woman identified by her initials “NO,” defended Lindberg to the outlet. She said she was an egg donor on his behalf.

A Lindberg spokesman said the surveillance was used as “background checks” to prevent Lindberg from getting into long-term relationships with lawbreakers, drug users, those who hung out with “less-than-reputable people” and those engaged in other negative behaviors. He also said that the aforementioned loans were legit, and haven’t defaulted. Lindberg took “hundreds of millions” from dividends from one of his non-insurance companies, said the spox. He could use this for anything, he said.

The spokesman also said that the surveillance was, in part, meant to protect what the outlet described as “a gestational carrier and an egg donor,” but didn’t identify them.

Lindberg’s ex-wife Tisha Lindberg, who separated from him in 2017, said she wasn’t surprised by the reported surveillance program. She said he had private investigators tail her, so she managed to get a judge in 2017 to stop him from doing that or using tracking devices. In an affidavit, she called her ex-husband “paranoid.”

The mogul’s spokesman said the surveillance was to protect Greg Lindberg’s children.