Woman Accused of Urinating on Potatoes at Walmart | Law & Crime

‘Outrageous’: Police Searching for Woman Accused of Urinating on Potatoes in a Walmart 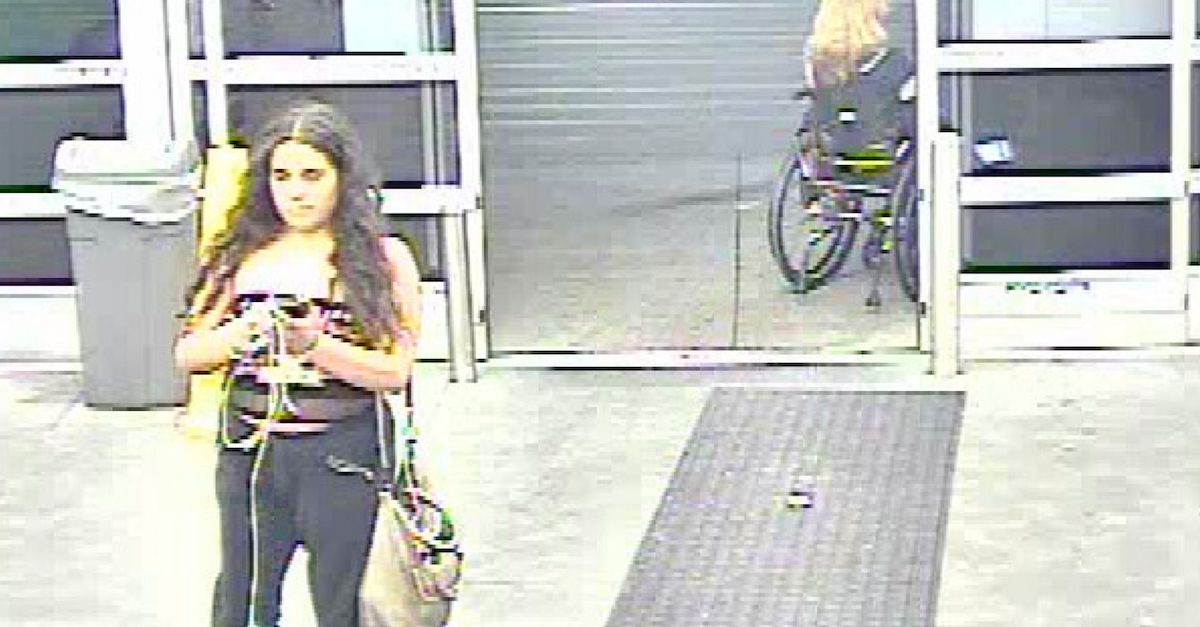 In a summer that’s had more food contamination cases than most people care to see, someone has, once again, upped the ante. A woman, captured on surveillance camera, allegedly entered a Walmart in West Mifflin, Pennsylvania on July 24 and urinated on a pile of potatoes.

A Walmart representative said an employee saw what the woman was doing and “immediately disposed of the affected products and sanitized the area.” The representative did not say whether or not the employee stepped in and tried to stop the woman.

As part of their investigation, the West Mifflin Police Department obtained a photo of the suspect from Walmart’s surveillance footage and posted the image on social media.

In a statement regarding the incident, Walmart said the following:

The safety of our customers is a top priority for us. This type of obscene conduct is outrageous, and we immediately disposed of the affected products and sanitized the area to ensure its cleanliness and safety for our customers. We’re working with the West Mifflin Police Department to find the responsible party and have them prosecuted.

On July 27, a few days after this apparently occurred, Sheriff’s deputies in Porter, Texas, began investigating a similar case, in which a teen allegedly urinated on a shelf in a Walmart store and posted a video to social media. Regarding this case, the Montgomery County Sheriff’s office said tampering with consumer products is not only “morally reprehensible, but can be a felony offense.”

These cases, though apparently not connected, continue the food/product tampering trend that’s swept across the internet. Both investigations are currently ongoing, with neither suspect identified by name.