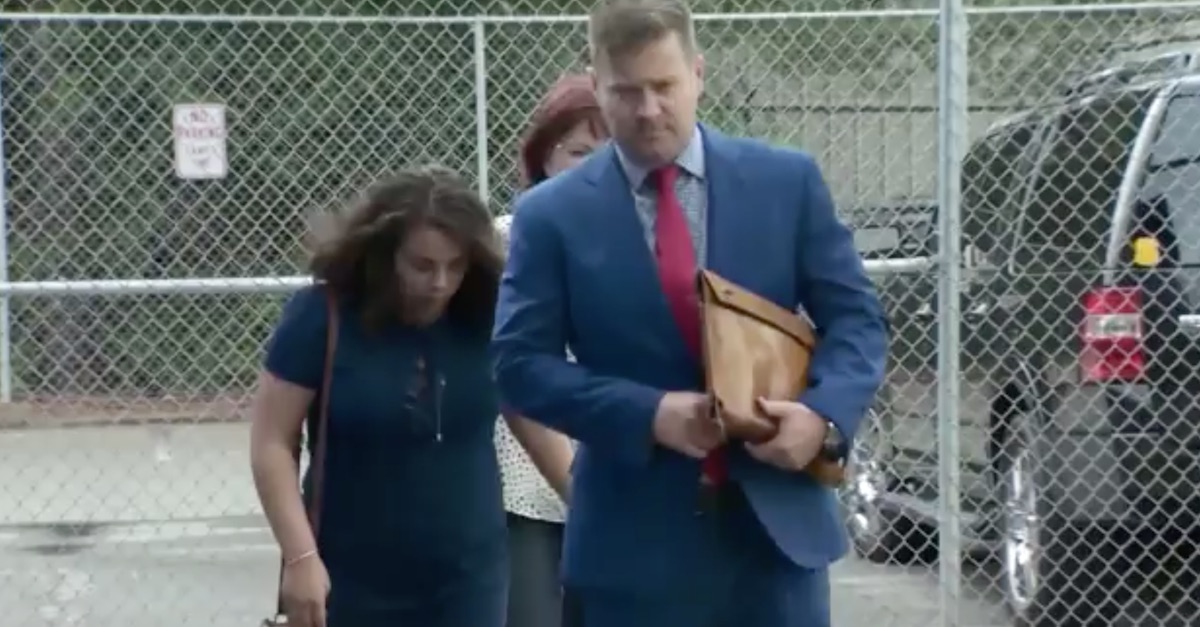 A Pennsylvania woman police said was spotted by a Walmart employee peeing on potatoes in West Mifflin has turned herself in. The suspect, since identified as 20-year-old Grace Brown, could be seen walking into a police station with an attorney and an older woman who was shaking her head.

Authorities put out an alert on July 25 seeking to identify the woman in the photo below. As part of their investigation, the West Mifflin Police Department obtained a photo of the suspect from Walmart’s surveillance footage and posted the image on social media. They said she urinated on a pile of potatoes after 10 p.m. on July 24.

A Walmart representative said an employee saw what the woman was doing and “immediately disposed of the affected products and sanitized the area.”

Walmart minced no words about this incident, calling it “obscene.”

“The safety of our customers is a top priority for us. This type of obscene conduct is outrageous, and we immediately disposed of the affected products and sanitized the area to ensure its cleanliness and safety for our customers,” the Walmart statement said. “We’re working with the West Mifflin Police Department to find the responsible party and have them prosecuted.”

While the DA’s office is recommending charges of criminal mischief, open lewdness, disorderly conduct and public drunkenness, it appears that Brown is cooperating. WTAE’s Marcie Cipriani said Brown’s lawyer revealed that his client turned herself in after seeing herself on TV.

Police indicated that Brown confessed to being the person pictured on surveillance footage.

“Ms. Brown along with her attorney came to the station where she identified herself as the person urinating on the potatoes,” police said in a statement.

Despite what happened, the Allegheny County Health Department said that, in reality, the incident posed “little threat” to the public.

“ACHD staff visited this Walmart location to gather additional information and to ensure proper measures were followed, including disposal of affected produce and sanitization of the area. While urine can contain small amounts of bacteria, this specific incident poses little threat to public health,” an ACHD spokesman told WXPI.

[Image via My Fox 8 screengrab]